An Apple Arcade exclusive update... for now, at least

What the Golf?, the joyously silly golf parody, has just received a giant update that adds 30 sports-themed levels. The Sporty Sports expansion is just about the best replacement for the 2020 Olympics one could hope for, haphazardly forcing a sort of golf into a range of different sports.

The trailer below shows off the game's interpretation of horse racing, pole vaulting, running, weight lifting, diving, and more. Much like the vanilla levels, they look incredibly daft – which is obviously a glowing compliment.

The update makes a number of small improvements to the core experience, including an improved menu fit with a GPS device that lets you know what to golf next. You can also now beam yourself directly into space, or any of the game's other areas.

Beyond that, there have been various size and performance fixes, and the game is now said to load faster than ever before. 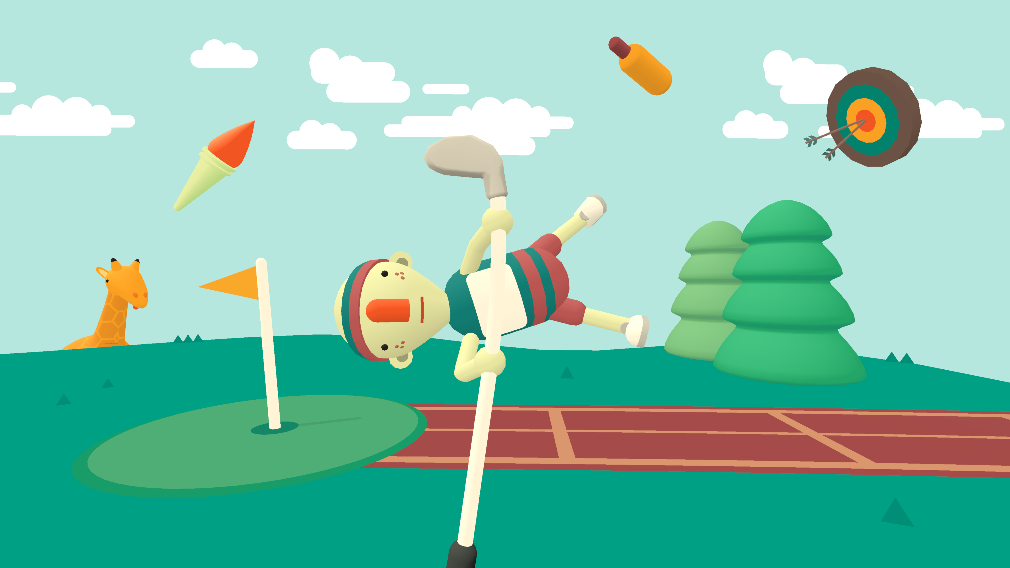 The Sporty Sports update is currently only available for iOS, though the game's PR has confirmed that it may eventually make its way to other platforms.

What the Golf? is up for download now over on the App Store. Note that you'll need to be an Apple Arcade subscriber to play this one, with a sub costing $4.99 a month or $49.99 for the year. In other Apple Arcade news, the service's latest release turned out to be acclaimed developer Amanita Design's wonderfully creepy Creaks.

Hunting for some quality puzzlers? These are 25 of the absolute best for iPhone & iPad

Want more? Check out our growing collection of What the Golf? articles!

What the Golf? is a silly physics-based golf parody for Apple Arcade