During TapTap's 2020 games conference, a host of upcoming iOS & Android titles were shown off – one of them being a mobile port of Pathea Games' My Time at Portia. The charming farming sim first launched for PC in early 2019, before making its way to consoles later that year.

It sees you starting your life anew in the colourful town of Portia, where you'll work to restore your family workshop to its former glory while building up a farm, growing crops, raising animals, and meeting the town's eclectic cast. Did I mention that it all takes place in a strangely upbeat post-apocalypse?

As you progress, you'll continue to customise your new home and learn how to automate the more laborious elements of your day-to-day grind. This frees up some time to head into town on horseback (or llamaback) and start exploring Portia's dungeons and ancient ruins. Delving deep can be risky, with all manner of monsters lurking below ground, but you also stand a good chance of uncovering plenty of treasure along the way. 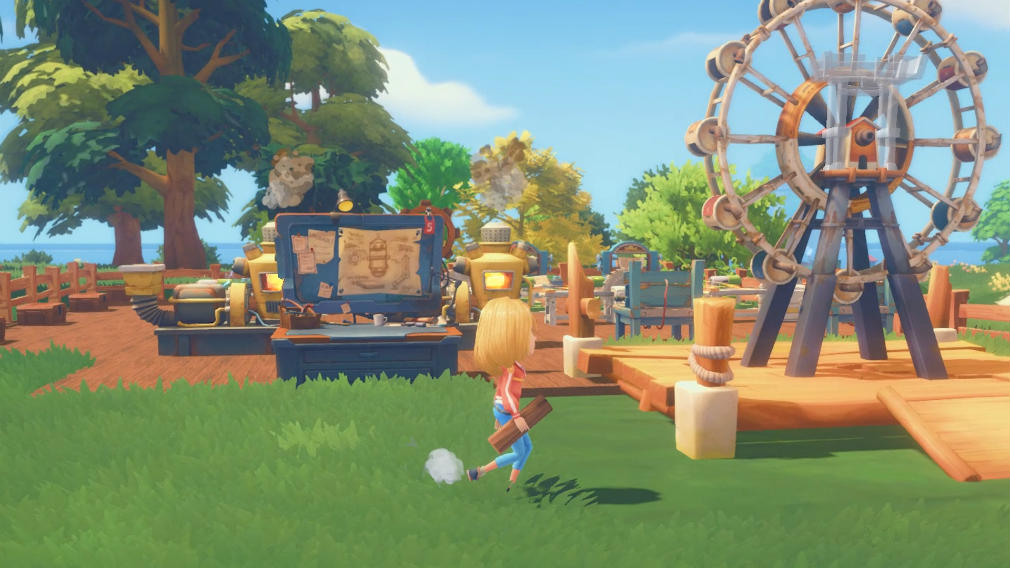 The various townsfolk all have their own daily routines, and getting to know specific characters will eventually allow you to enter into a relationship with them, kinda like Stardew Valley, which My Time at Portia is often compared to.

Unfortunately for us over in the West, there's still no word on whether the mobile port will get a global launch. That said, it's currently open for pre-registration over on TapTap, which is basically a Chinese alternative to the App Store and Google Play. If you're not feeling particularly patient, you can always grab the game from Steam or the Nintendo eShop instead.

Searching for some high-quality RPGs? Here are 25 of the very best for iPhone & iPad
SEE COMMENTS

Find out how crafting works in My Time at Portia