My Time at Portia, the RPG sim on crafting and farm life, launches pre-registration on mobile with 30% discount and milestone rewards

iOS + Android
| My Time at Portia

Pixmain has just announced that My Time at Portia will be released worldwide on August 4th for iOS and Android. Pre-registration is already underway for the hit single-player RPG sim where mobile players can enjoy a pre-order discount and tons of milestone rewards. The popular title made waves on PC, Nintendo Switch™, PlayStation 4, and Xbox One with over two million copies sold across the globe. And, having listened to the feedback of thousands of fans worldwide, Pixmain and Pathea Games are bringing an improved crafting and farming experience to our touchscreens thanks to a host of new mobile-friendly convenience features and updates. 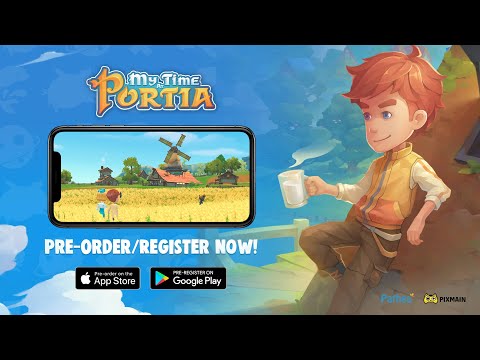 Raising animals and idle fishing aren’t all this idyllic life is all about - in My Time at Portia, players can explore a vast sandbox world and mysterious ruins to uncover hidden truths as well as combat monsters in a post-apocalyptic land. You as a newcomer are tasked with restoring your Pa’s old workshop to what it once was, but you’ll no doubt discover a second life and find yourself along the way.

The multi-language mobile port features a redesigned UI and controls that are optimized for devices with full touchscreen controls. Shortcuts and simplified menus make for a cleaner, more seamless gameplay experience on smaller screens as well. Players on mobile can also enjoy less grindy and less time-consuming activities to speed up the pace. Plus, a new auto and manual save function lets on-the-go players play anytime, anywhere, and still keep their in-game progress.

My Time at Portia is open for pre-registration on the App Store and on Google Play (Japan Android pre-order link) for $5.99 at a 30% discount from the full price of $7.99. You can check out the official Facebook page to learn more about the latest developments, including updates on the game's Milestone Campaign where mobile players will receive rewards whenever a pre-order milestone is reached.

What's A Preferred Partner Feature?
From time to time Steel Media offers companies and organisations the opportunity to partner with us on specially commissioned articles on subjects we think are of interest to our readers. For more information about how we work with commercial partners, please read our Sponsorship Editorial Independence Policy.
If you're interested in becoming a Preferred Partner please click here.
Next Up :
Black Desert Mobile reveals new Drakania class alongside other major updates and announcements
See Comments

My Time at Portia, Pixmain’s hit adventure sim, is finally launching on mobile this summer