The event will run until July 16th

StoneAge World, Netmarble's latest addition to their ever-growing MMOPRG roster, has received its first major update since it initially released three weeks ago. It sees invading machines arriving in the game's prehistoric world and it will be accompanied by an event.

The update is called Machine Invasion and will see players engaging in weekly battles against Machine Pets. On set days throughout the weeks while the event is running, players will face off against the Machine Pets up to 10 times per day. Rewards will then be dished out based on the number of folks who participated and the total damage done to the machines.

This is called the Terminate the Machine event and it will run until 16th July. There will also be a host of daily missions for players to complete as well with a variety of rewards up for grabs. There's an ongoing theme of participation in this update as well, which extends to the Ticket Event.

This gives players redeemable prizes based on how many people participate in Stone Age Life. There will also be a new mission to take on and the number of items players will receive will depend on how many Stones and Shells they spend beforehand. 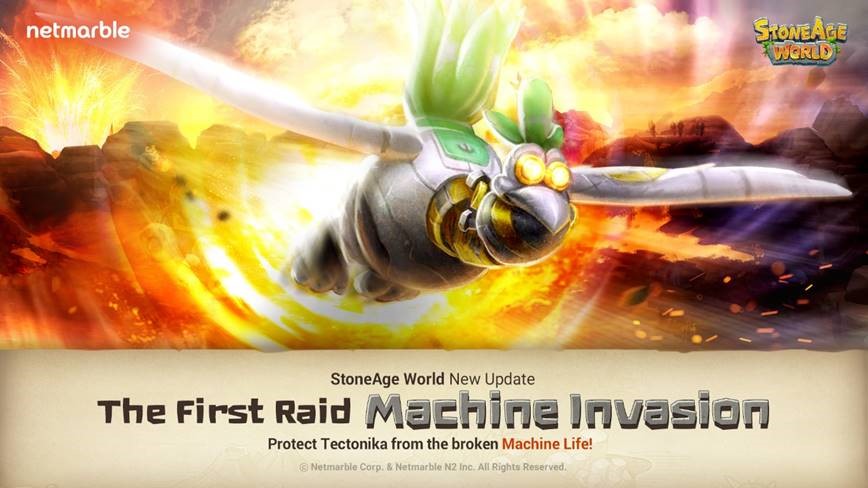 If you're unfamiliar with StoneAge World, it's a child-friendly MMORPG that's focused on pet collecting and RPG mechanics. It set in a prehistoric world called Tectonika and players take on the role of a Trainer where they'll collect, tame and train a host of different pets to defend the land.

StoneAge World is available now over on the App Store and Google Play. It's a free-to-play game with in-app purchases.