A high-quality port of the PC and console original

I'm happy and more than a little surprised to say that MudRunner of all things will soon be making its way to iOS and Android. Yes, I'm talking about Saber Interactive and Focus Home Interactive's hardcore off-road trucking sim. And no, it's not a free-to-play spinoff but a fully-fledged, mobile-friendly port of the original release.

This one's found great success on PC, Xbox, and PS4 since launching back in 2017. It was then brought over to Nintendo Switch in 2018, meaning the iOS and Android ports are arriving rather late in the day, though the fact that this is happening at all is still cause for celebration.

The basic idea is that you'll be tasked with transporting cargo across one of the game's maps without doing too much damage to your vehicle or running out of essential resources. You'll be forced to rely on your navigation skills and off-roading abilities in order to reach your destination in one piece and reap the rewards of a job well done. It's a simple gameplay loop that is nevertheless capable of stealing entire days from you.

The mobile port benefits from a revamped UI that's been designed with touchscreen play in mind, though what hasn't changed is the heavy physics, immersive presentation, and hardcore sim elements. You can expect to see the same maps from the PC and console versions, and it generally sounds like an impressive port. 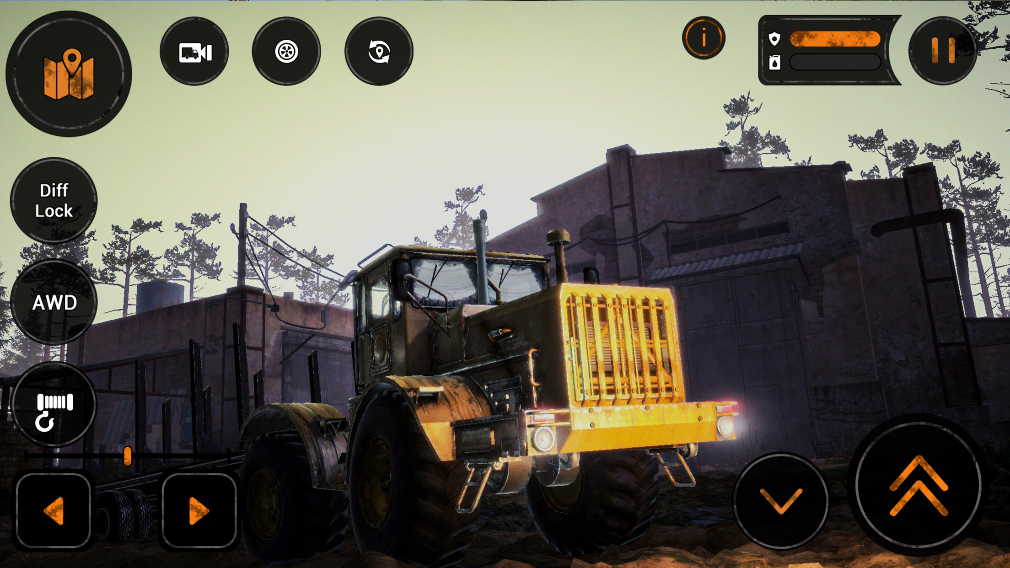 If you've read all I've said and reckon hauling logs sounds a bit dry, I would still implore you to put aside your reservations and give it a go if possible. The joys of long-haul driving sims of any kind are endless once you catch the bug, and MudRunner is among the best of them. Here's to hoping that SnowRunner, which is arguably even better, also eventually makes its way to mobile.

MudRunner is now available for pre-order from the App Store. Its Google Play page should go live later today. It'll launch on July 15th as a premium game priced at $5.99.

Searching for some high-quality racing games? Here are 25 of the best for iPhone & iPad

MudRunner Mobile has received a new DLC, the American Wilds, which introduces new maps and vehicles