Sign-ups for its first closed beta are now open

Don't Starve: Newhome is a multiplayer spinoff to Klei's creepy survival sim that's being developed specifically for iOS and Android. While Klei won't be involved, the team has left this one in the very capable hands of Tencent and Shengqu Games.

Newhome aims to build upon the original's excellent foundations, shifting the focus to social and multiplayer elements while retaining what made Don't Starve so good in the first place. It’s designed for shorter play sessions and introduces persistent homes, new enemies, crafting options, and more.

A closed beta test is set to begin next month, and you can sign up to take part right now over on the game's official site. Testers who complete a specific set of in-game challenges during the test period will earn themselves some gifts that will carry over to the final version. The first test appears to be open to US and Canadian players, and you'll have to be 13 or older to get involved.

Don't Starve first hit mobile back in 2015, which is when PG alum Harry Slater put out his review. He called it "a brilliant and disturbing wilderness simulator that works almost perfectly on mobile", before awarding it an impressive Gold Rating. It's also an incredibly stylish experience, pulling from the animations of Tim Burton and Edward Gorey. 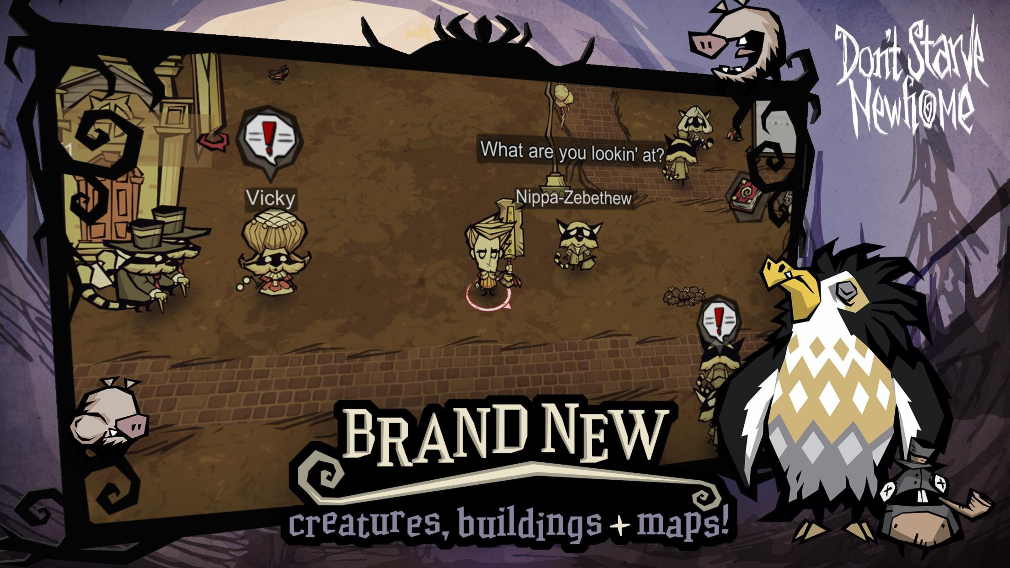 Will Newhome live up to its predecessor? I certainly hope so. It's important to note that the mobile port of the original game was a premium release, which obviously won't be true of Newhome. That's the only downside I'm seeing so far. Don't Starve Alone already proved that the formula can work in multiplayer, and I'm definitely interested to see whether Newhome can send the series in a new and interesting direction.

Searching for some top-tier multiplayer games? Here are 25 of the very best for iPhone & iPad
SEE COMMENTS