Pre-order for both iOS and Android

Star Wars: Starfighter Missions was first announced back at the start of April, promising players a flight shooter that would feature iconic battles that are inspired by the Classic and New trilogies. Today, Joymax Corp has revealed that the game can be pre-ordered for iOS and Android in Korea, Japan and a few other Asian territories.

According to the App Store listing, the game is expected to release on 1st September. However, this hasn't officially been announced by Joymax Corp, so it could be subject to change. Regardless of when it launches though, those who choose to pre-register will receive a few bonuses when it does. 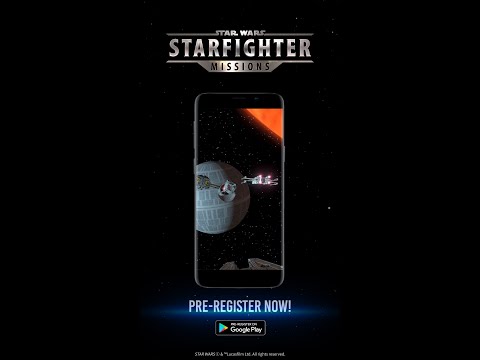 These include 10 starfighter tickets and various starfighter upgrade items and crystals. How many of each will depend on which milestones are met. If the game reaches one million pre-registers – which seems a simple task given the popularity of the franchise – all players will receive Han Solo and Boba Fett starfighters.

Discussing the game, Gilhyung Lee, CEO of Joymax Corp said: “We would like to thank all Star Wars fans who have been waiting for this pre-registration of Star Wars: Starfighter Missions. It will be a thrilling experience for all Star Wars fans to relive iconic battles depicted in the films on mobile”

Star Wars: Starfighter Missions will see players taking three starfighters into a battle that will each have their own skills to make use of. There will be over 80 ships to collect and they can all be upgraded further to make them more formidable in a dogfight.

Star Wars: Starfighter Missions is available for pre-register now over on the App Store and Google Play in select Asian territories. It will be a free-to-play game with in-app purchases.

Interested in other upcoming games? Here are some of the best currently available in soft-launch

NullStar: Tips to help you in this retro endless runner