The iOS port of Scythe: Digital Edition has been a long time coming, so it was quite the surprise to find that it's suddenly launched on the App Store in select regions. The release was first spotted by a member of our App Army.

Asmodee Digital's adaptation of the hit board game first launched for PC back in 2018 to some rave reviews from users. It transports you to an alternate reality version of the 1920s, where giant mechs roam and ruthless factions struggle for supremacy. With the world ravaged by the effects of WWI, it's your job to pick a side and lead your people to a better tomorrow.

It's not an action-packed experience, but you can expect to feel invested regardless due to the tactical depth on display and myriad challenging decisions you'll have to make along the way. The digital version, much like the board game original, demands that you think carefully about your every action, deciding whether to risk taking the Factory or hold back to explore an alternate strategy.

Your ultimate goal is to become the most powerful nation of all by any means possible, including taking over new territories, amassing an army of fresh recruits, or utilising fierce combat mechs. 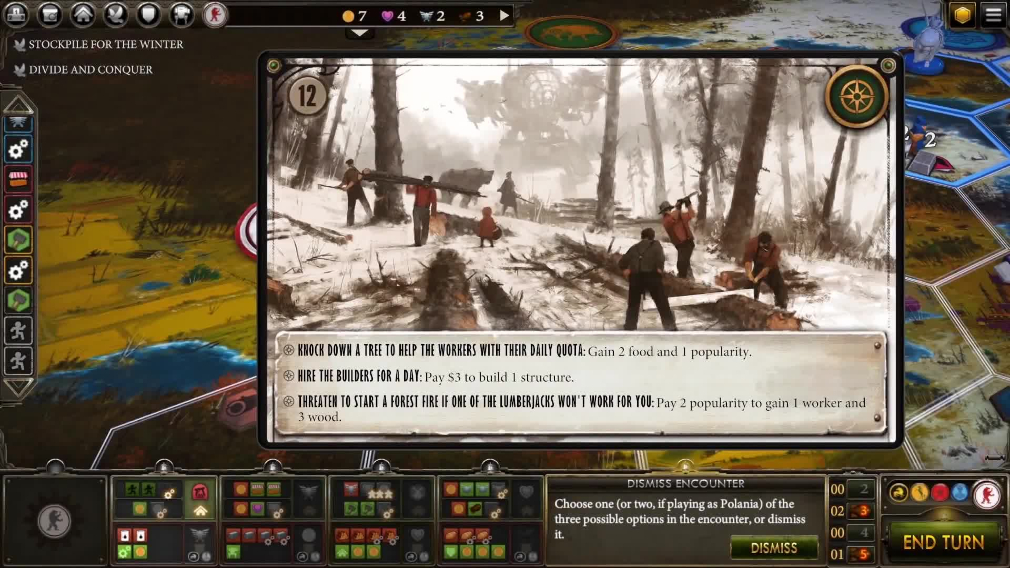 The digital version boasts some striking artwork and character designs. The five factions (Saxony Empire, Crimean Khanate, Rusviet Union, Polania Republic, and the Nordic Kingdom) are all quite distinct and come with their own animal type, such as bears, wolves, tigers, and more.

The downside for now is that Scythe: Digital Edition appears to only be available for purchase in select regions. The Canadian and UK App Stores have the game listed and ready for purchase, though there could be more that I haven't yet found. It'll set you back £8.99 in the UK.

Hunting for some high-quality strategy games? Here are 25 of the very best for iPhone & iPad