Words for a bird is a word puzzler for iOS and Android from Bart Bonte, creator of blue and green

It promises a brief but fun experience

Bart Bonte is a well-known developer in the puzzle space on mobile. He's created the 'colour' series which includes yellow, red, green, black and blue alongside What's in the box? Now, he's returned with a word puzzler called Words for a bird that's available now for iOS and Android.

It's a fairly short experience, with only 15 levels where players will have to work out the next word in a sentence. It's telling the story about a little bird in a tree so all of the letters you have to unscramble will be represented by leaves. Not all of the letters will be required either to form the word to make things a little more tricky.

There will also be a white box in the middle of the screen that has some letters in it. The way they are positioned will act as a clue to help you find the word you're on the hunt for. If you get too stuck there is a light bulb in the top right corner that you can tap to get hints.

And that's pretty much all there is to it. The game started out life as a browser game but Bonte starting work on this version of the game during the lockdown. The story, puzzles and music are all new compared to the browser version that he'd made previously. 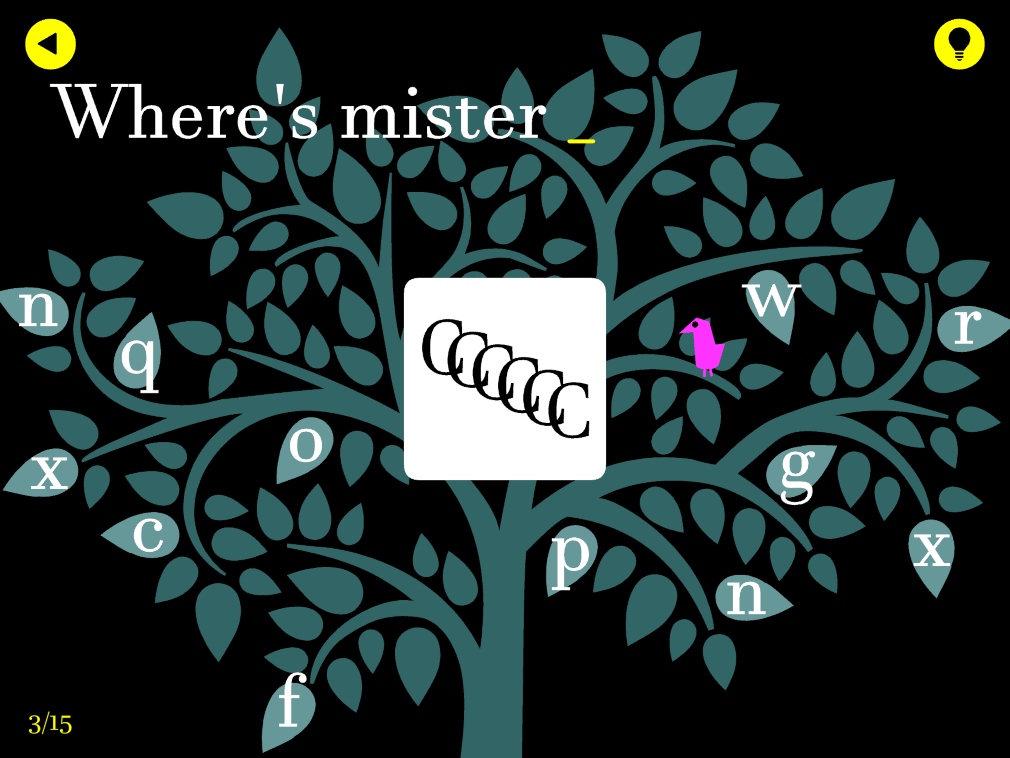 Words for a Bird is available now over on the App Store and Google Play. It's a free-to-play game with a single in-app purchase for $1.99 that will remove the ads before hints.

On the hunt for more top-tier puzzle games? Well, you're in luck! Here are 25 of the very best for iPhone and iPad
SEE COMMENTS

Oceanhorn 2: Golden Edition is a wonderful stand-in for Zelda on mobile, but is that enough? - Review

Death Come True, an FMV murder mystery from the mind behind Danganronpa, creeps onto iOS and Android on June 25th