Dino Squad is a multiplayer third-person shooter with a killer premise: dinosaurs with guns. This especially action-packed vision of the land before time hails from War Robots developer Pixonic, and it's finally launched today for iOS and Android.

There are 17 dinos to play as, upgrade, and master. Given their variation in size and strength, it makes sense that they each offer their own combat styles, perks, and weaponry. You might expect that the mighty T-Rex would be the go-to choice every time, but Dino Squad has been balanced to allow, for example, the humble velociraptor to take down even the biggest, most brutish crustaceous kings and queens. 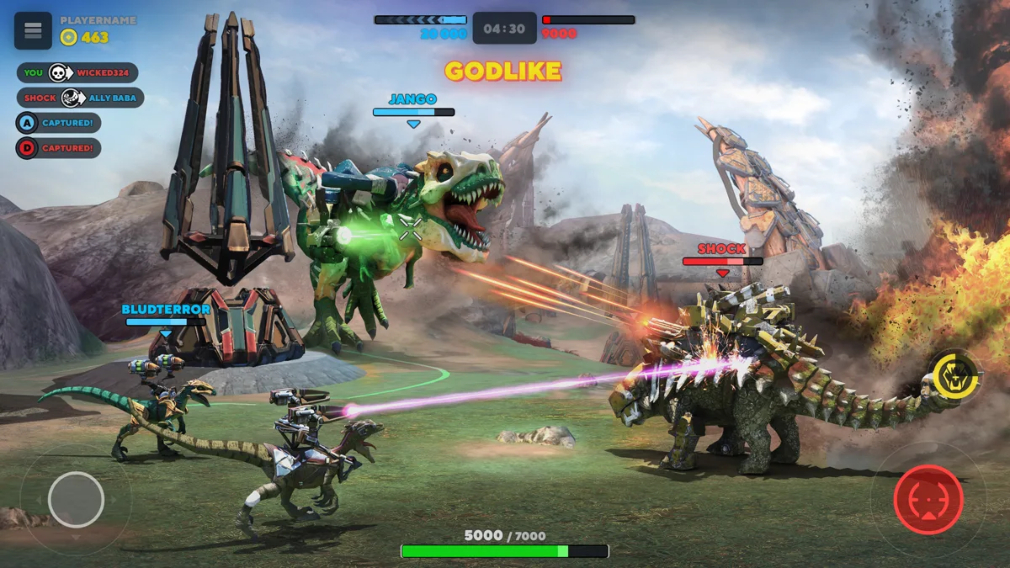 At your disposal are rail guns, rocket launchers, mini-guns, and much more. Being a dinosaur, I would have to imagine that you'll be throwing around the odd tail-whip and occasionally chomping down on your opponents with those nasty gnashers.

Progression is built around unlocking new customisation and upgrade options. Any progress you might have made during the earlier betas will still be there in today's full release, assuming you log in with the same Google Play or App Store account.

There's an element of strategy to matches here, with you having to know when to play defensively or go in for a full-on assault. There are also various environmental hazards to use to your advantage, including scorching lava pits and wild rivers.

Dave put out his preview earlier this month, praising the game's wonderful premise and enjoyable action. He did, however, have some concerns about its longevity, citing its gacha system as a potential problem.

If you're up for something properly goofy – but hopefully equally as fun – you'll find Dino Squad available as a free-to-play title from over on the App Store and Google Play. For those who've already given it a shot, a sizable update has arrived just in time for launch. Check out the tweet embedded above for more info.

Searching for quality multiplayer games to try with friends? Here are 25 of the best for iPhone & iPad