Fight bosses. Many, many bosses.

The folks at Stew Games have announced their latest project, called Castle of White Night. It's a pixelated, first-person dungeon crawler that takes place in a Japanese style castle, and is available for pre-order ahead of its iPhone and iPad release.

The goal is to eliminate a wave of enemies and clear the castle by defeating "twisted souls" and there are a ton of them. Why do you need to do this, you ask? Well, not only because you're the chosen one, but because it will lift a terrible curse off of the massive castle. 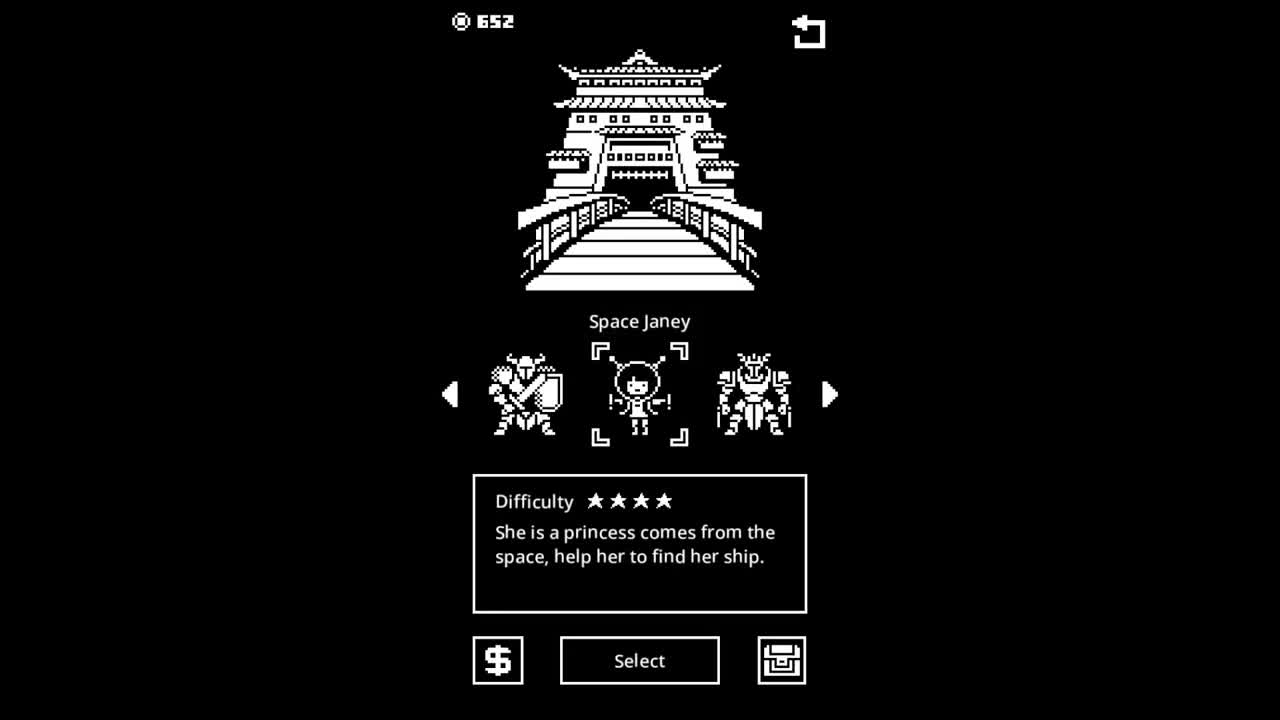 Although it is classified as an RPG, it does seem to have a strategic element to it, with different prompts that will allow you to unleash certain attacks and defences. You'll be able to use the on-screen buttons to open chests too, to reward you for your hard work.

There are four character classes to choose from to suit your style of play when tackling the cursed castle. Each one has their own attacks and defences such as Falcon, a knight type character that focuses on melee attacks.

Aside from dominating enemies and bosses with your weapons, you'll be able to consume items to give you an edge in battle. There are health potions and other things that you will be able to use once you collect them.

There are even provisions that are hidden around too, and that could be a juicy piece of chicken among other things. As with other RPGs, this will act as a health replenisher like with the potions.

And if you're feeling lost, of course, there's a simple map to follow at the top right corner of the screen. And what's a dungeon crawler without a little direction sometimes, right?

Castle of White Night will be available on April 16th is available for pre-order now on the App Store for $2.99.

Fan of RPGs? Then check out the top 25 RPG games for iPhone and iPad.
SEE COMMENTS