Puzzle RPG Murasaki7 is now available for iOS and Android

Murasaki7 is an anime puzzle game that is seemingly quite different from most on mobile. It combines puzzle gameplay with some light RPG mechanics to great effect.

Sure, there are RPGs out there that tend to have some puzzle-like aspects to them, but usually the RPG aspect comes first. In this game, the main focus is essentially the puzzle side of things.

You'll face enemies and bosses, and the key to winning is by matching the crystals on a board, just like in match-3 games. The more you do it, the more devastating combos you'll get, which will take care of your foes in no time. 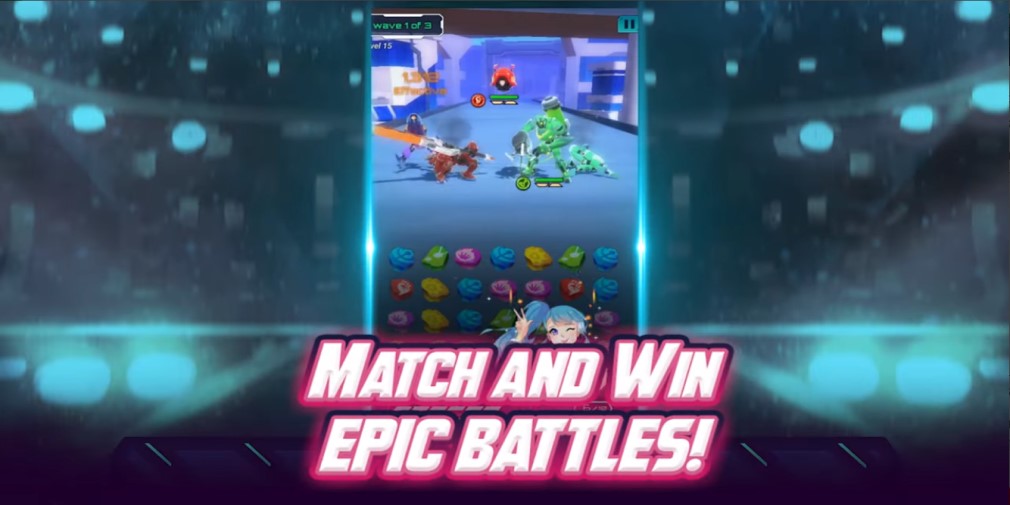 By assembling a team of girls called "Angels", you'll be able to dominate the competition. On top of that, you can upgrade your Angels and make them stronger. So you'll really be able to dish out some extra damage.

Murasaki7 also features an interesting storyline if you're a player who enjoys a good single-player experience. You'll unlock manga pages during your adventure which will tell you more about the story of the Angels as you attempt to liberate Gaia XV.

Multiplayer more your thing? Then hop on into the Arena where you can take on players from all over the world who are equal to you in skill.

There's also another PvE mode called PvE Blitz where your goal is simple: deal as much damage to the boss as possible. This will raise you up in the ranks as you become a PvE master.

There are also Daily Missions for you to participate in. Doing these helps bolster the power of your squad when you're out there fighting.

You can also level up your team by doing Friendship Quests. So this gives you another solid option to boost up, and of course, you'll do it with a buddy by your side.

Murasaki7 is available for free on Google Play and the App Store.

Enjoy puzzle games? Then check out the top 25 for iPhone and iPad
SEE COMMENTS