War of the Visions: Final Fantasy Brave Exvius is now available for iOS. That said, the servers are currently down. It was originally scheduled to launch tomorrow, March 25th, for iOS and Android.

The game first launched in Japan last year, where it achieved over nine million downloads and charted within the top 5 titles on the App Store. Android pre-registrations opened late last month with a number of set goals.

Here are the rewards up for grabs: 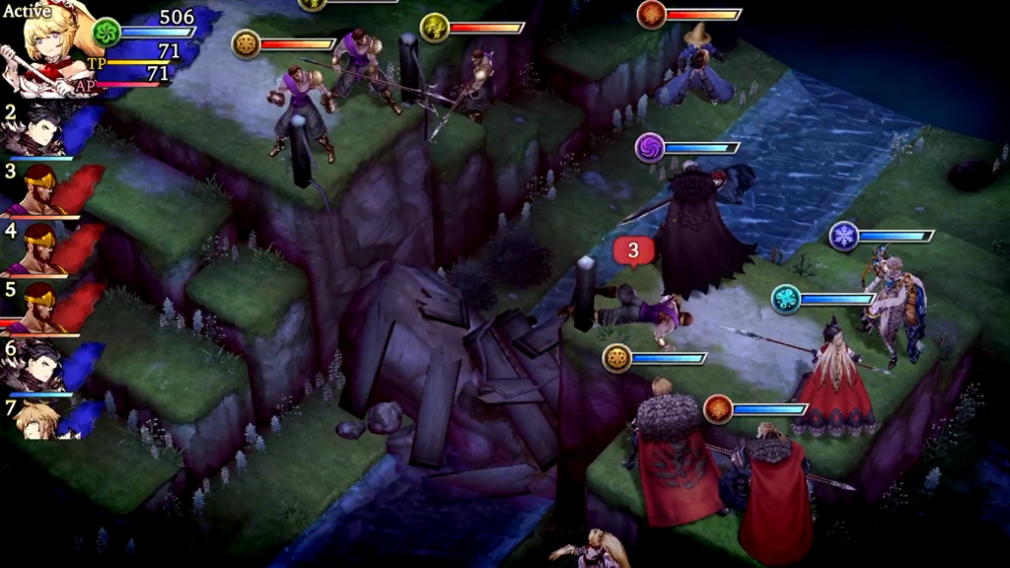 Brave Exvius takes place on the war-torn continent of Ardra, where a number of nations are now battling to gain control. With so many lives at risk, it's down to you and your party of heroes to step in and save the day.

The story follows princes Mont and Sterne from the kingdom of Leonis and Machérie respectively. It's clearly heavily inspired by some of Square's classic titles, including Final Fantasy Tactics. The big difference here is that the entire thing has been built from the ground up for mobile devices, offering intuitive touchscreen controls and missions designed for on-the-go play.

Combat here is turn-based and aiming to be strategically demanding, requiring you to make smart use of terrain to outmanoeuvre your opponents. If you're struggling, you'll have powerful Espers to fall back on that can devastate the competition when used effectively.

Final Fantasy XII, XII, and XV artist Isamu Kamikokuryo has contributed some artwork to lend the game an extra level of authenticity. You can also expect to hear some tunes from composer Noriyasu Agematsu.

War of the Visions: Final Fantasy Brave Exvius is now available for pre-order/pre-registration from both the App Store and Google Play.