Hide away from Coronavirus while playing Monopoly with your friends

Monopoly is a game older than time itself. Since the dawn of man we have been making offerings to our fellow humans as a form of altruism, and in hopes that someone will also let us stay in their cave or mud hut. We are all born with the innate desire for warmth and a safe home, and Monopoly is the game where that safety is threatened to be cut out from under you at any possible moment.

That is the rent economy. Or, capitalism. Both. And also Monopoly. Monopoly was originally conceived as a way to show to people how modern capitalism is stacked against the worker, and how ultimately there will only ever be a single winner and a whole lot of losers. Unfortunately, it also proved that robbing someone blind for your own benefit is also easy to do and a lot of fun if you buy things up while it's still cheap, and as such, it has become a family favourite game for a century now.

Monopoly launched on mobile not long ago, and recently got a fancy new season pass to boot, and we have to admit that we are impressed with mobile Monopoly for a few reasons, despite our better judgement. And it's for that reason that we can't help but recommend playing it, especially now that we're entering the era of Coronavirus, quarantines, and self-isolation. After all, with mobile Monopoly, you can still enjoy cross-platform online multiplayer with your friends no matter where they are in the world. If that sounds good to you, then just keep reading… 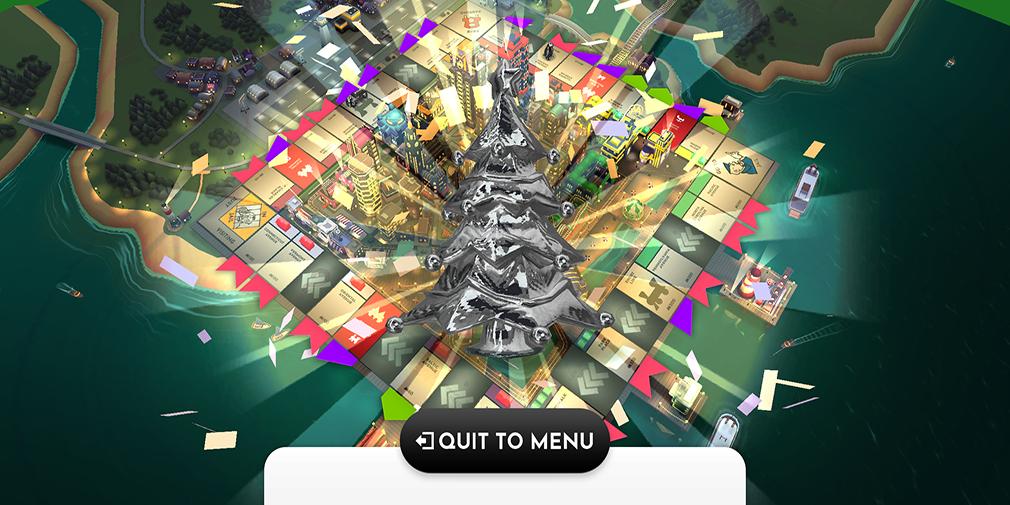 One of the nicest things about mobile Monopoly is that you can play through the game quickly. Praised be. A quick game of Monopoly will see you skipping over the Community Chest and Chance spaces, in addition to those pesky tax spaces, and the game will end once a player has become bankrupt. This is still not exactly ideal to be playing while waiting for a bus, but it's definitely much speedier than a traditional game of Monopoly.

And honestly, who can keep track of the rules in Monopoly? Who, after several drinks and hours of play, hasn't miscounted the dice, or the number of spaces you've moved? We've all been there. Who hasn't dodged the rent when landing on another player's space? Monopoly is a chaotic game, and keeping track of everything when you're deep inside a den of liars? Impossible, especially when you play the game with utter scumbags like my sister. I'll never forgive her.

Digital Monopoly gives us the easy options. The easy way to keep track of what we have, who owes what, which options are viable, whether or not you're bankrupt without having to go through the lengthy process of counting up notes… Because of the game keeping track of the money, the rules, and everything in between, you don't have to worry about other unscrupulous players or miscreants. They may be filthy landlords, but they'll play by the rules here. 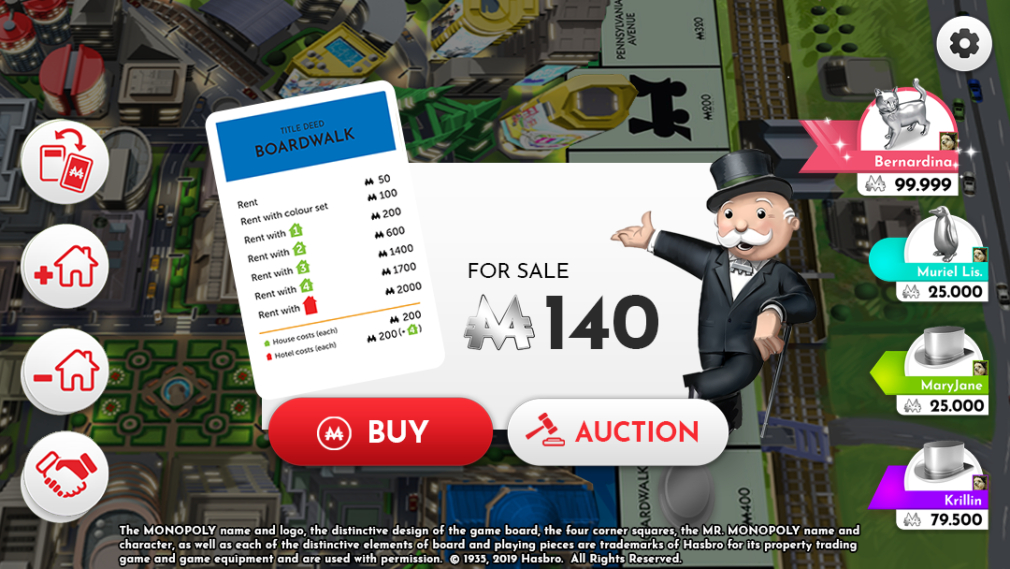 So you love your friends, but you don't want to hang out because of Coronavirus. It's a real concern, right? As the days go on and our headlines are further dominated by COVID-19, it's easy to feel uneasy. Well, self-isolation, quarantine, and washing your hands regularly are great ways to fend off the disease, but being lonely also sucks.

Well the good news is that Monopoly on mobile includes cross-platform online multiplayer, which means you can open up a lobby on your iPad, have your iPhone and Android friends join, and all play together in perfect harmony. Beautiful, right?

You can also play a game of Monopoly on a single device, passing it around the room and sharing it - though if you're intending to do this during this whole Coronavirus scare, maybe have a bottle of hand sanitiser in the room and try to avoid touching your face, eh?

The point here is that getting out a Monopoly board is a long, boring process, and keeping track of everything is even worse. With Monopoly on Android or iOS, you can play with your friends no matter where you are, can play games faster, and of course, you avoid all of the mess. I'm not saying it's guaranteed that your relationships will survive having to play Monopoly, but if you want to aggravate your friends without contracting a virus, this is a good way to do so.

Oh, there's also a season pass which includes a bunch of new Monopoly boards, but it also costs several times more than the game itself does, so maybe skip that.