Blade & Soul: Revolution launches globally on May 14th. It's now available for pre-order on the App Store. Here's a link to its Google Play page.

The hotly anticipated Blade & Soul: Revolution is moving towards a global launch for iOS and Android. The hit MMORPG started life as a PC title back in 2012 before eventually being adapted for mobile devices by Netmarble.

It’s described as a martial arts MMO where you'll have the option to play as one of four character types. These include "the powerful Gon, the ambitious Jin, the beautiful Yun, and the cute one Lyn".

As first spotted by Enduins.com, the game's western Facebook page is now live, though solid details regarding its release date are still unknown. It's highly likely that a pre-registration campaign will be launched at some point in the near future, as well as some sort of beta or early access run.

It's another Unreal Engine 4 title, joining the likes of Dragon Raja as one of the most visually impressive games on mobile.

Based on the gameplay footage above, it seems like another flashy AAA MMO, the likes of which are becoming increasingly popular among mobile gamers. It's certainly entering into a fairly tricky market, what with the aforementioned Dragon Raja and Pearl Abyss' Black Desert Mobile currently being two of the biggest names around. 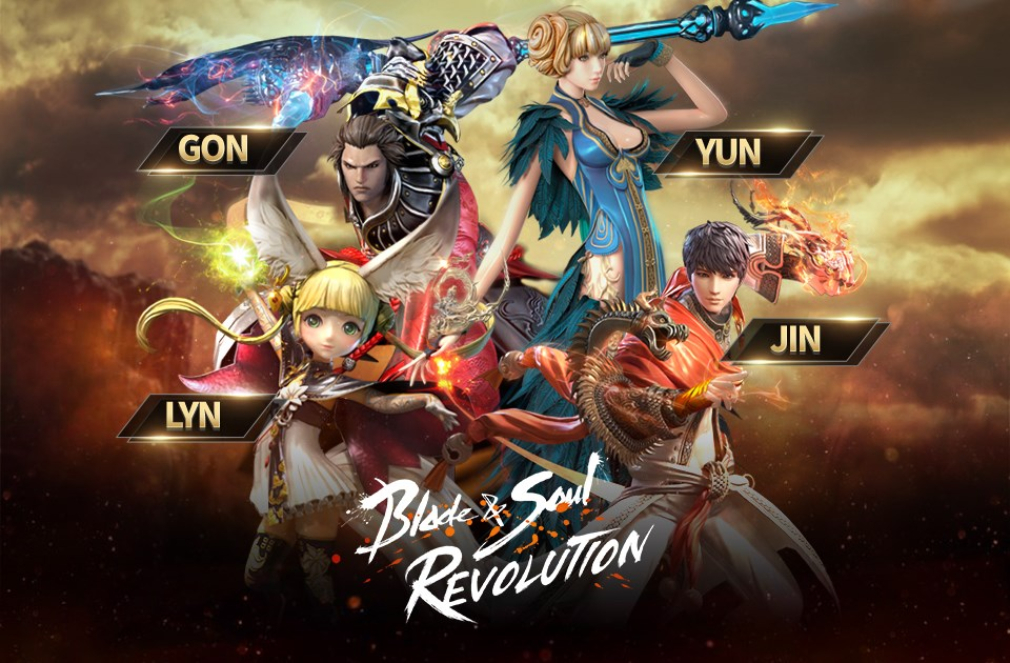 Enduins.com also notes that Blade & Soul offers four distinct jobs to take on, including inspector, warrantor, historian, and technician. In terms of combat, it sounds like you'll have a fairly sizable arsenal at your disposal, with over 30 weapon types to test out on your unsuspecting foes.

For now, all we have to go on is that the global version of Blade & Soul: Revolution is "coming soon". Your best bet is probably to keep an eye on the game's official Facebook page.

Big fan of epic RPG adventures? Well, you're in luck! Here are the top 25 for iPhone and iPad
SEE COMMENTS