One of my favourite things about covering the world of mobile gaming is the sheer number of baffling crossover events we see between popular games. In this case, though, the crossover isn't even between two games, no sir: Rovio's hit puzzler, Angry Birds 2, shall be crossing over with educational app Duolingo.

The month-long event will see Duolingo's owl mascot (Duo) appear in Angry Birds 2 as part of the game's roster. You'll have the unique opportunity to fling poor Duo towards all manner of pigs and hazards, getting back at him for those awful "evil Duolingo owl" memes from a while back.

But that's not all… Angry Birds 2's Red will also appear in the middle of your Duolingo lessons to offer a little encouragement as you continue to make an absolute mockery of whatever language you're trying to learn. Both Duo and Red will engage in 'humorous dialogue', hopefully keeping your spirits high.

During the crossover period, a number of the rewarded video placements on the Duolingo app will feature a special Angry Birds 2 video ad that showcases all the neat stuff you can get up to in Rovio's hit. 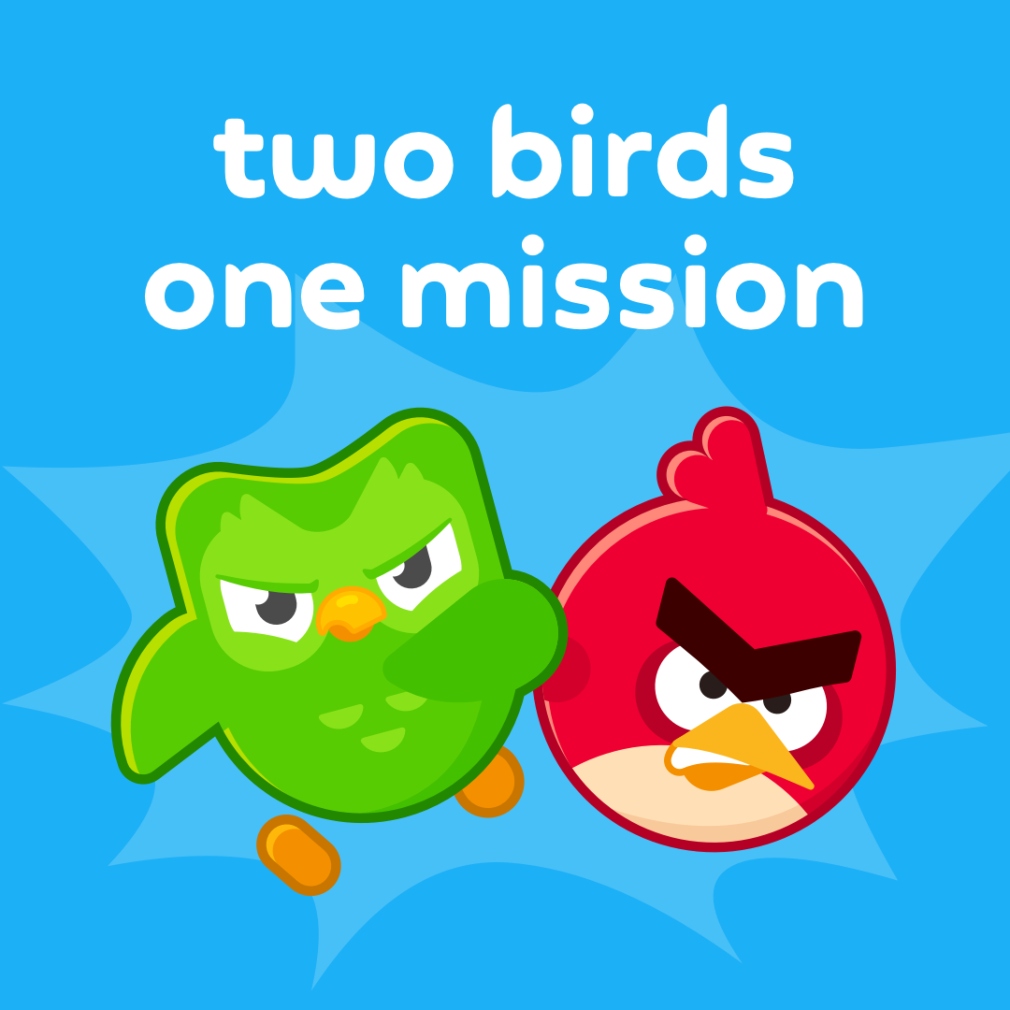 To say we've covered the Angry Birds series quite extensively would be a bit of an understatement; we have lots of opinions on the games ranging from good to, well, not so. Dann recently put together an extensive look back at the history of Angry Birds, examining its progression from games to movies and beyond. It's worth a read if you're a fan of the games or feel any sort of nostalgia for the long-running series.

If you're looking to make a start on learning a second language, you'll find the Duolingo app available for download now from the App Store and Google Play. The trauma of high school French is still too great for me to ever consider it, sadly. Angry Birds 2, if you've somehow yet to give it a go, is also available for both iOS and Android.

On the hunt for more top-tier puzzle games? Here are 25 of the best for iPhone and iPad
SEE COMMENTS