Start off each game strong with these Magic: ManaStrike tips

Magic: ManaStrike is available right now on iOS and Android, and it makes the second game I'm writing about today with the word Magic in the title. It gets confusing sometimes, okay?

This is a brand new PVP RTS based on Magic The Gathering, the legendary trading card game. The game plays out similarly to Clash of Clans, but with the characters you recognise from the cards, while expanding the lore of the world.

ManaStrike introduces a few new concepts to the tried and tested mobile formula, and makes for a very fun, very interesting RTS which will keep you engaged from start to finish. 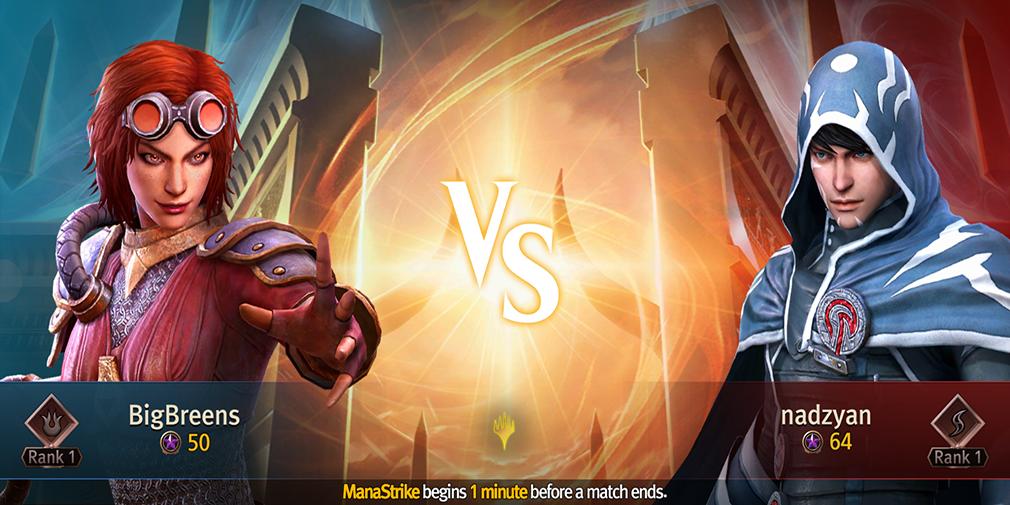 Right here we're going to list through the tips and advice you need as a beginner to come out on top game after game, so read on and get ready to win…

You should experiment with a few Planeswalkers, see which have abilities which fit with your gameplan well.

Your cards and deck can be customised to your liking, and over time, you will want to replace the entire deck you start with, while keeping a few things in mind.

Bombs and units which kill themselves aren't the worst thing in the game, but hardly the most helpful either. The easy-to-summon smaller units are actually great to distract enemy fire, while bigger, stronger units attack them.

And if you have a particularly slow unit, it's best to wait for the Planeswalker to be close enough to your target before summoning them on that location.

3
One side at a time

In order to win you need to take down your opponent's primary guardian, which is behind two towers which fling damage at your units. You don't need to take down both towers, in fact, you're better off targeting a single one before moving to the main guardian.

Once one tower is down, you will have a much easier time of getting to the guardian - and you really don't need to aim for the other tower unless you really want to.

In the final minute of any given game, the ManaStrike mode activates, which vastly increases how fast your mana rises, allowing you to summon units onto the field much more quickly.

Once the time runs out, whichever players with the least towers will lose, so you want to protect your tower, while unleashing hell on your opponents.

If you still have Planeswalkers in that last ManaStrike moment, it's the ideal time to summon them, use their abilities, and summon as many units on them as possible. It's chaotic, but that final minute can make all of the difference.