Magic: ManaStrike is an upcoming card battling game based on the popular TCG

Netmarble is forever working on new collaborations with various IPs to create new games. This time they've teamed up with Wizards of the Coast to create their first Magic: The Gathering title. It will be called Magic: ManaStrike and will be a synchronous card battling game.

And what I mean by that is, it looks to be a Clash Royale style strategy title but played from left to right instead of top to bottom. Based on the brief trailer, which can be seen below, it will have two lanes that you must clear using various units before killing your opponent's hero, so the standard fare really.

Though at this point most mobile users will be familiar with this style of game, Netmarble promises there will be a detailed tutorial on how to play the game. You'll start Magic: ManaStrike by choosing a pre-made deck that will be themed around one of Magic's five colours which are White, Blue, Black, Red and Green. 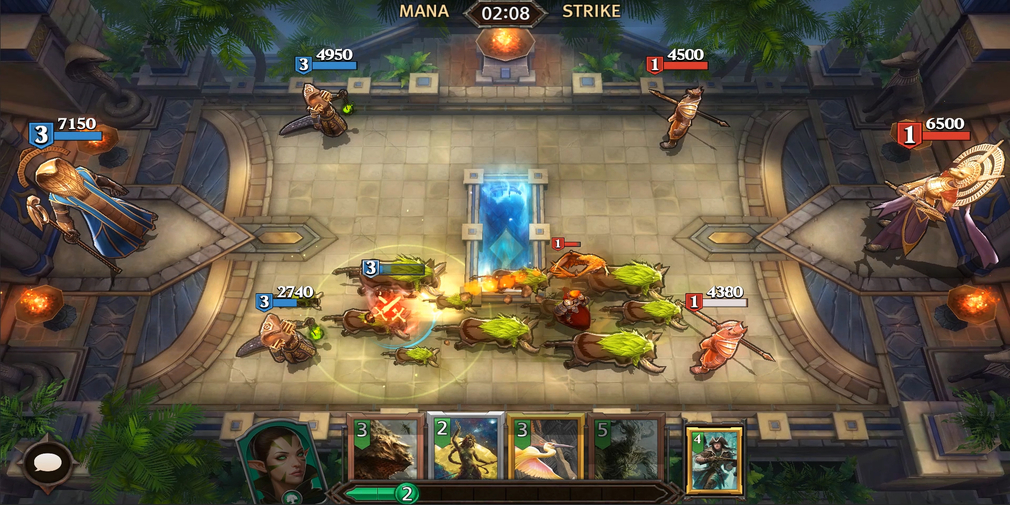 There doesn't appear to be anything that will surprise anyone from what we know so far. So, I presume most people's interest in this game will depend on whether or not they like this sub-genre of strategy games or how into Magic: The Gathering they are in the first place.

There's not much gameplay footage out there at the moment. More details will be unveiled at the G-Star tradeshow in Busan, South Korean between the 14th - 17th November. There are no specific details on which mobile platform it will come to just yet, though we will update you when we know.