A whole five years after the iOS version

After heading into beta late last year, the popular 2D obstacle course game Happy Wheels is now available for Android, following the iOS version that was released way back in 2015.

It's somewhat surprising how long it's taken for the game to makes its way over to Android, given the huge amount of popularity that Happy Wheels possesses, largely due to several high-profile YouTubers having long-running series centred on the game. To date, the game has had over 1 billion plays online alone. 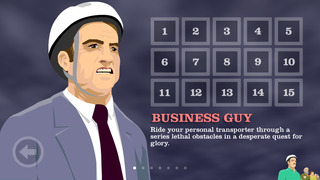 But it has arrived now and appears to have launched with most of the same content that can be found on the iOS version of the game, minus the level editor, which is a fairly large omission. There'll be over 60 levels to make your way through where you'll have to avoid various hazards such as spikes, mines, wrecking balls and harpoons.

There are also numerous different characters to play as too such as Wheelchair Guy who uses a jet-powered wheelchair and the Irresponsible Dad who's haphazardly strapped his son to a seat on the back of his bike. There's also the Business Guy who cuts about on a personal transporter and the most recent addition to the Happy Wheels roster, the Effective Shopper and their electric shopping cart. 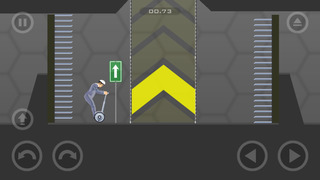 If you've somehow managed to miss the internet phenomenon that is Happy Wheels, it's essentially a side-scrolling obstacle course game with ragdoll physics. Death is frequent and fairly graphic with limbs being lopped off, blood spraying everywhere and crushing all very common occurrences.

The game is currently sitting at 10,000 plus downloads over on Google Play, but you can expect that number to quickly skyrocket as more people become aware that the game is now out of beta.

Happy Wheels is available now on the App Store and Google Play. It's a free-to-play game with in-app purchases.