Mob Psycho 100: Psychic Battle just might be the video game adaptation of ONE's Mob Psycho 100 you've been waiting for - or, it could look to be a big disappointment, depending on what you're expecting from this kind of thing. Regardless of what you're looking for, there's no doubt in my mind that it's a wonderful thing to see smaller, but popular franchises like this seeing video game adaptations, and not just the likes of One Piece, Dragon Ball, and ONE's other big franchise, One Punch Man.

I'm sure you know all about Mob Psycho 100 already, but in case you need to know, it's ONE's first manga series after his One Punch Man webcomic achieved popularity, and it might be even better, depending on your perspective. Following young Shigeo Kageyama, or Mob, who is blessed with incredible psychic abilities, we see him come up against hurdles in his life, and achieve the things that his God-like can't. Such as, develop social skills, lift weights, and talk to girls. 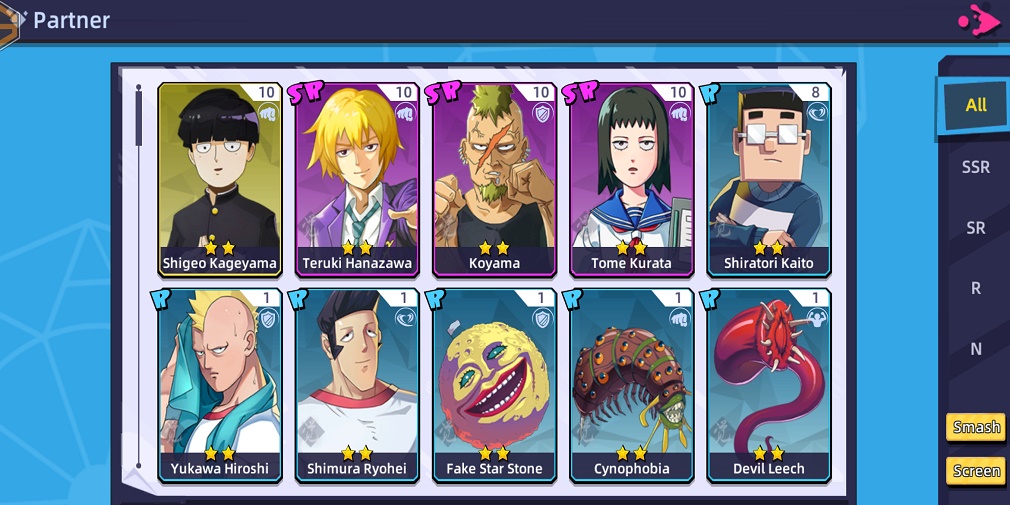 It's a sweet story to follow with plenty of gags along the way, and that's exactly why it has achieved a cult fanbase. If you haven't read the manga or watched the anime series yet, maybe you should consider it, and then come straight back to this article for a full list of every character in the latest game.

Mob Psycho 100: Psychic Battle is a gacha RPG which will see you participating in turn-based battles and taking on all manner of intimidating enemies, all you need to do is prepare yourself for the war. And of course the best way to do exactly that, is use this list of every character to prepare yourself to make the best, most balanced, team possible...

Read on for every single character in Mob Psycho 100: Psychic Battle, in order of rarity, with skills included.

Here are the most common, and useless, characters in the game. 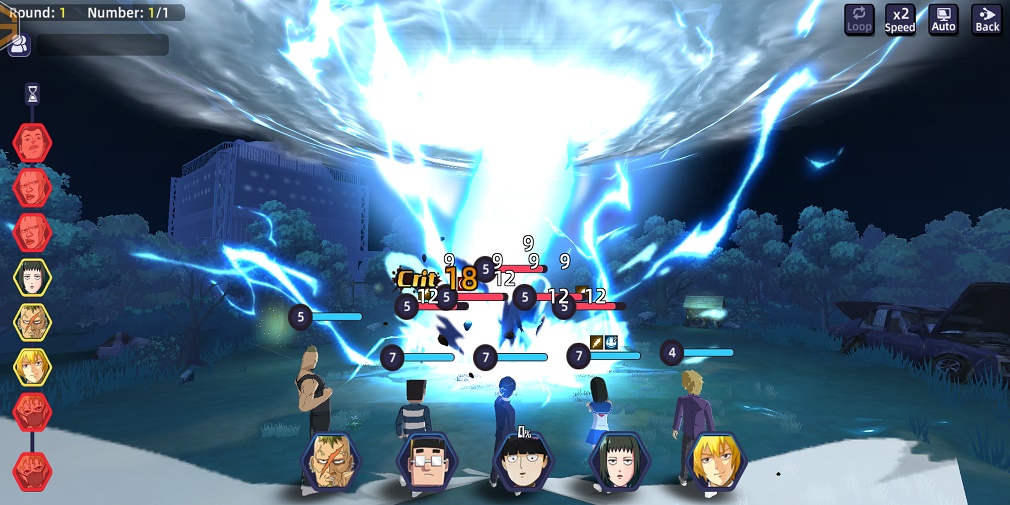 These are fairly common characters that you'll unlock often. 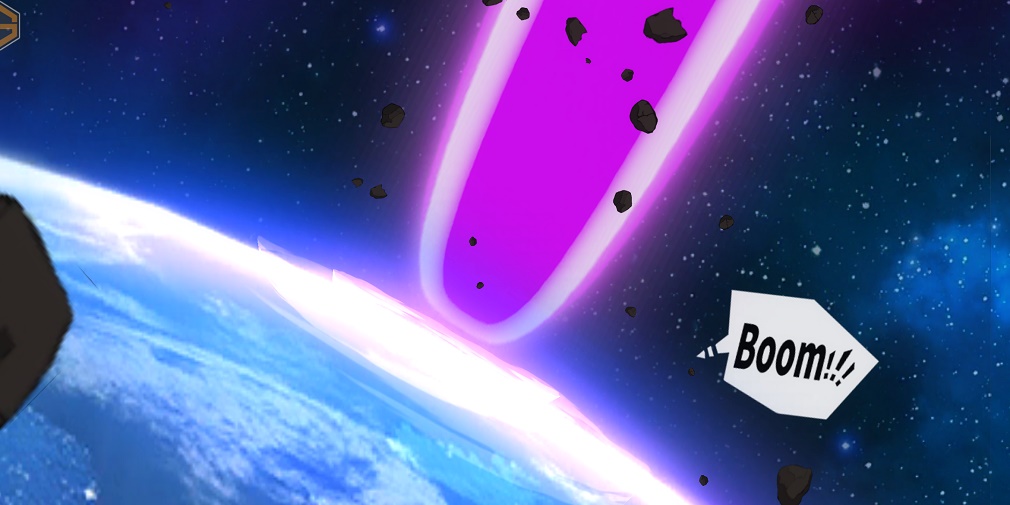 There are decent, rare characters you will want to use in battle. 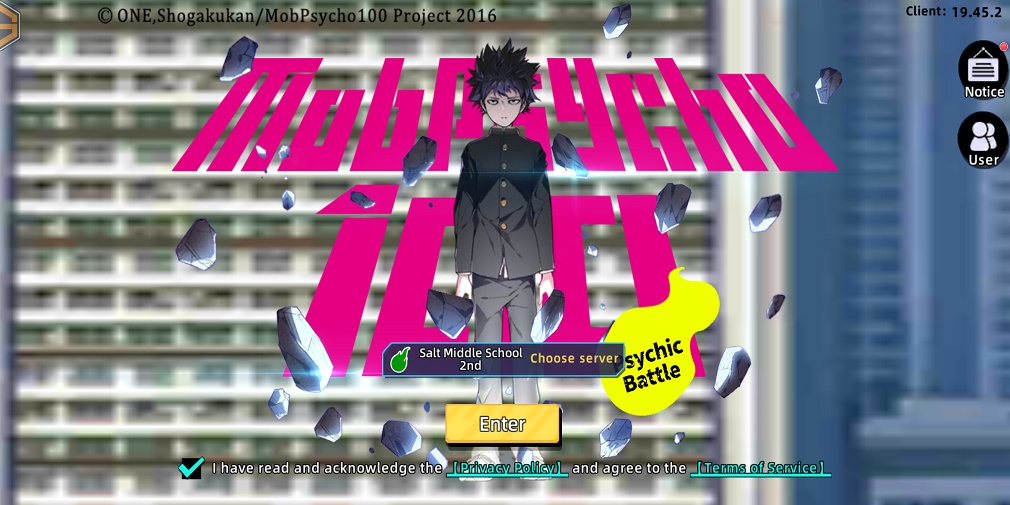 These are the best are rarest characters, you should be focusing your upgrade items on these, and use them in battle often. 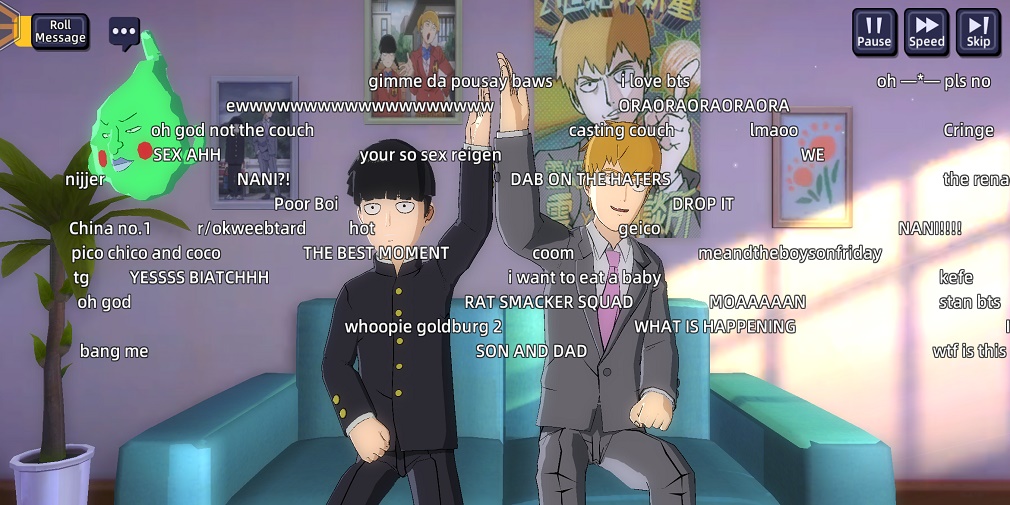