With over 80 characters to collect

Mob Psycho 100: Psychic Battle is a new turn-based RPG from Crunchyroll Games that is based on the first two seasons of the anime. The show started back in 2016, with the manga dating back to 2012 and it has proven to be very popular in that time. Psychic Battle is available now for both iOS and Android.

Players will be able to explore Seasoning City as they accrue a team of characters from the show in 5v5 battles. There's no shortage of them either, with over 80 characters to collect and add to your team. It features their original voice actors too so it should hopefully have that authentic feel fans will want in a game adaption of an anime they adore.

With a roster that large most of your time will be spent collecting and upgrading various Mob Psycho characters to make the best team you can. Naturally, they'll all have their own abilities and moves to consider when creating a team. They'll also have special attacks that are accompanied by animated cutscenes, which as you can see in the trailer above look awesome.

To train them there's a mixture of ability awakening, star upgrades, experience and equipment. So, pretty much all the stuff you'd expect from a gacha RPG at this point. Once you've got the psychic squad of your dreams you'll be able to test your skills against other players in PVP bouts or join together and tackle various PVE arena battles, ladder competitions and guild battles. 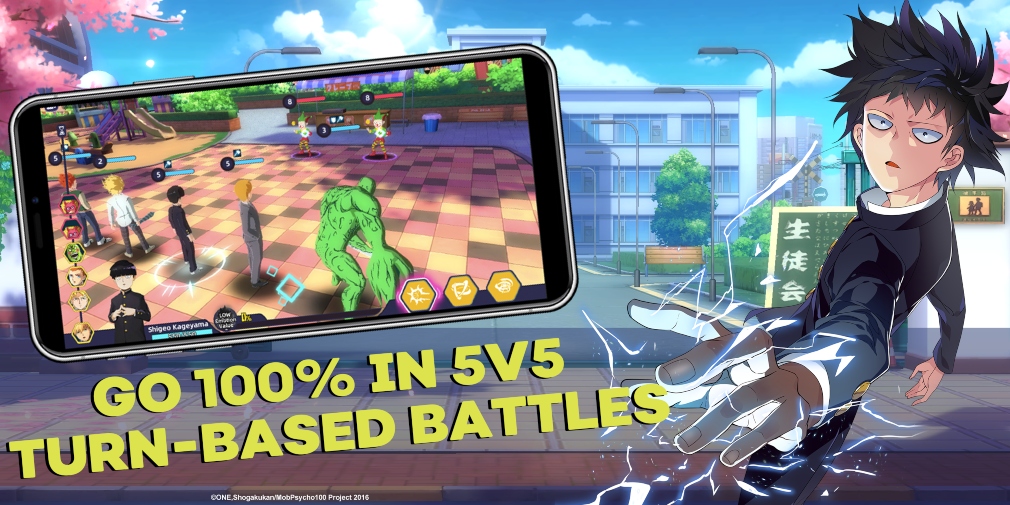 There are also pets to take care of, fishing competitions and school games to take part in. So if you want something to do outside of the battles but remain in the world of Mob Psycho 100, there a few choices available.

Mob Psycho 100: Psychic Battle is available now over on the App Store and Google Play. It is a free-to-play game with in-app purchases.