There's a good reason why Dungeon Faster is one of the nominees for the Mobile Game Awards' Game of the Year. Not only does it tweak and breathe new life into the tried and tested roguelike formula, but it also deconstructs the very nature of dungeon-delving games in general, and does so with aplomb.

But you might not have heard of Dungeon Faster before, the Android-exclusive roguelike dungeon crawler. The fact that it is currently exclusive the Android is certainly one unfortunate point, but this is an outstanding game in a number of ways that you might be completely unaware of. Well, that's why this article is here, and why Dungeon Faster is as deserving as any of the other nominees. 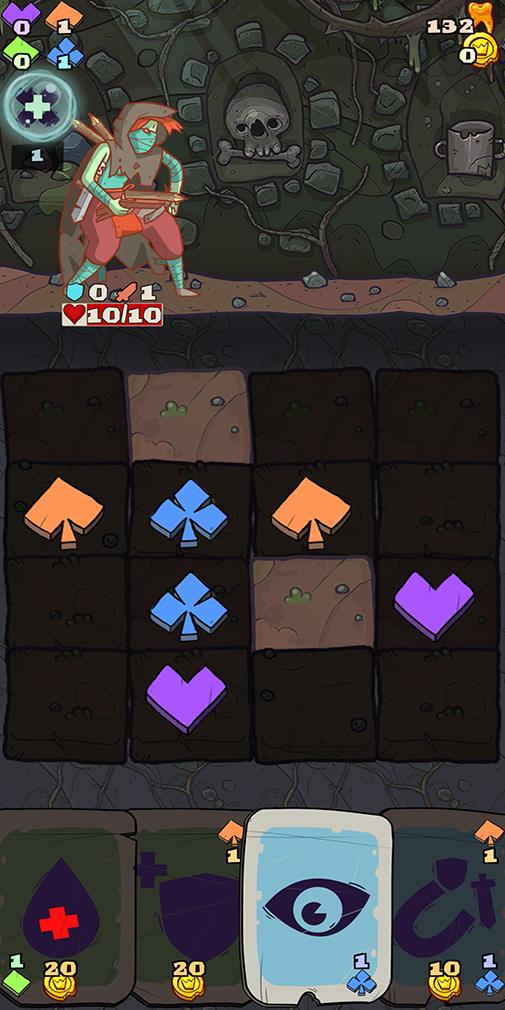 Dungeon exploring in gaming, in general, plateaued a long time ago, and we've been following a formula laid down by Dungeons & Dragons games decades ago ever since. It never got better, and in rare cases, got worse. Dungeon Faster looks to speed up the way you explore dungeons while retaining everything that turns you into a dungeon explorer.

You simply tap at tiles on a grid to uncover things, like you're exploring a dungeon. Some coins here, minor treasure, some pieces of gear to use in battle… It's the typical dungeon exploring scenario, but with easy access in a way that perfectly matches your input device. It's a minor stroke of genius which simplifies the dungeon exploring process, without losing any of the depth. Sure, you could completely explore every floor of a dungeon, but do you want to risk more encounters?

And yes, even the encounters have been beautifully simplified. Each encounter is a simple tapping exercise, but the gear you've collected can boost your defense, and do more damage. It could be worth exploring each dungeon in full, perhaps… 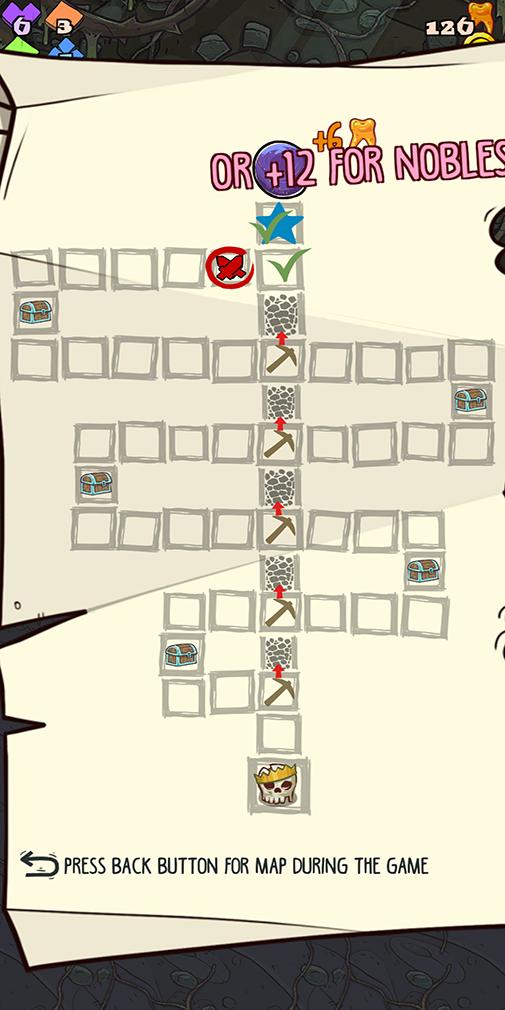 The game in free to play, which will be nice to hear for many gamers, but what should be even nicer is the microtransaction model. A single purchase will allow you to access double the amount of gold teeth - the in-game currency - when exploring dungeons, and the highest price purchase in the game is only £6.99. A tiny price, compared to many gacha games which ask for £99.99, or a subscription fee.

There are no ads, and if you enjoy the game then a minor purchase is a tiny thing to ask, and the developer Pavel Sirucek has a humble plea on the purchase menu. This is one of the most generous free to play games I've ever played, and makes me want to invest in Pavel.

Dungeon Faster does so much right, and very little wrong, and is definitely worthy of winning the MGA's Game of the Year.