A simple puzzler for a noble mission

Like almost all forms of entertainment, mobile games are often treated as nothing more than a simple pleasure, or a mindless distraction. Of course, we understand they're are a lot more significant than that. An increasing spate of charitable collaborations and events from publishers like IGG, and FuturePlay, demonstrate the positive impact they can have for the world.

The recent release of Sea Turtle Rescue proves that this conscientious spirit isn't just reserved for big publishers either, but is shared at all levels of the industry. Developed by Canadian based indie studio Simberon, Sea Turtle Rescue is intended to help real life sea turtles by pledging 10% of all its profits to Canadian Sea Turtle Network - a conservation charity from Nova Scotia that helps protect endangered sea turtles throughout the world.

Sea Turtle Rescue is a puzzle game which challenges you to connect sequences of hexagonal tiles into paths. Once a path is complete, turtle eggs on that path will hatch and the baby sea turtles run down the path until they’ve reached the beach and are swept into the ocean.

Whilst the graphics and animations might be cute, the puzzles certainly aren't childsplay. But fear not. As things get progressively harder you can fall back on some brute force tools to complete your paths. These include using hammers to nail tiles together, bombs to dispose of troublesome tiles that refuse to cooperate, and magnets to stick tiles together. 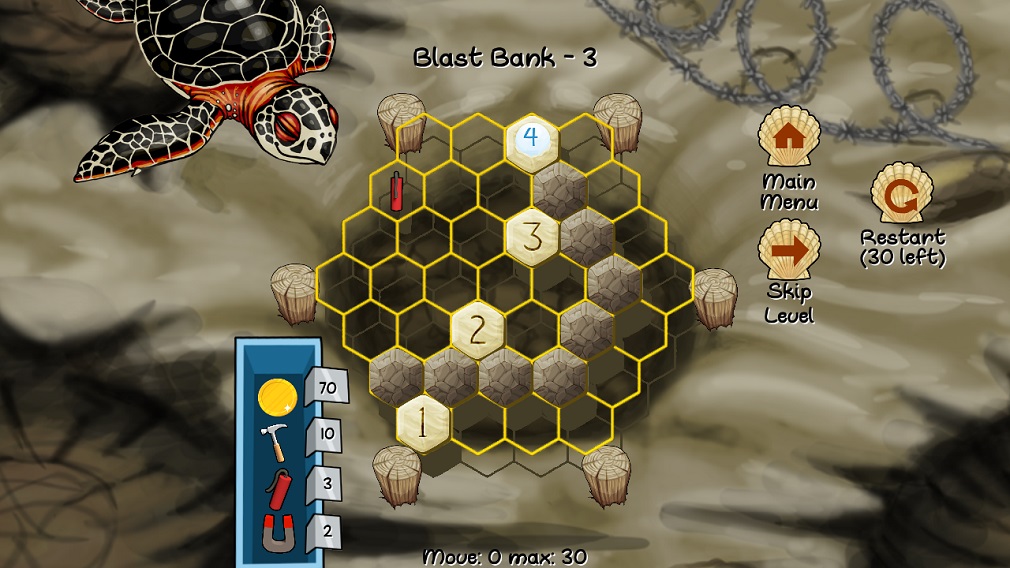 These tools will also be available, among other items, as IAPs, and a percentage of the money you spend gets donated to Canadian Sea Turtle Network. Besides helping to protect sea turtles, the charity also provides support through its children’s camps and the Sea Turtle Center – an interactive museum about sea turtles.

If you'd like to do your part to help the turtles (both virtual and real), you can find Sea Turtle Rescue available to download for free from the App Store and Google Play.

Win one of 10 iOS codes for Holy Potatoes! A Spy Story?! in day 9 of Pocket Gamer's advent calendar giveaway