As first spotted by Kongbakpao, Tencent's Dragon Raja is finally getting a global release after finding huge success over in China. It's a stylish MMORPG set in a futuristic, almost cyberpunk world of piercing neon lights and ancient dragons.

Visually, it's super impressive, boasting a varied selection of striking environments and character designs. When not raiding the game's many dungeons or working through its lengthy story, it looks like you'll have the option to race fancy cars and even play a few games of basketball.

The story is a neat mix of fantasy and Sci-Fi. Ancient dragons who once ruled over the world are waking up from their long slumber, and so the race is on to figure out how to stop them from seizing power once again. One idea is to create human and dragon hybrids, ultimately using the dragons' immense strength against them. 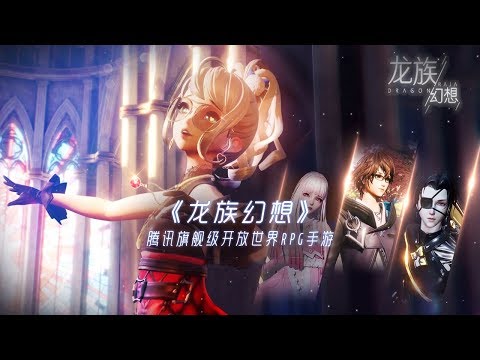 As you might expect, the game features an in-depth character creator for you to tinker with. At launch, there will be 4 distinct classes to select from, each with their own skills and specific stats.

The world is said to be massive and hugely varied, which is neat, but there's no doubt that Dragon Raja is up against some stiff competition. We're seeing an increasing number of MMOs serve up a console-quality experience, with Black Desert Mobile and EVE Echoes also on the way.

According to the game's Facebook page, Dragon Raja will soon open for pre-registration globally. I reckon this one could be worth a go, though it's odd to see the game's English version announced with such little fanfare. You'll find more info over on Dragon Raja's official site.