Crossing Void is a turn-based RPG that was initially released in Eastern territories last year. Since then it's amassed over 50 million downloads and now it's heading West, apparently due to popular demand. It's available now for iOS and Android, though be aware some users are reporting server issues.

The reason for that popular demand is likely a result of Crossing Void's set up. It's essentially one big anime crossover featuring characters from 25 Dengeki Buko light novels as well as more than 50 well-known anime heroes.

Some of those characters come from the likes of The Devil is a Part-Timer, Sword Art Online, Boogiepop Phantom and plenty more that I've honestly never heard of. All of the characters will have their original Japanese voice actor so fans won't be disappointed by any poor impressions of another actor's performance.

Similarly, it will also have new storylines that have been developed with the originals authors supervising the whole process. So hopefully, if you're a fan of any of these titles, the new stories won't disappoint.

As you might expect from a free-to-play game that was developed in Japan, Crossing Void is a Gacha game. You'll be able to get different characters at random and also upgrade them as well. Once you've done that you'll assemble a team to take part in 3v3 turn-based PVP battles. 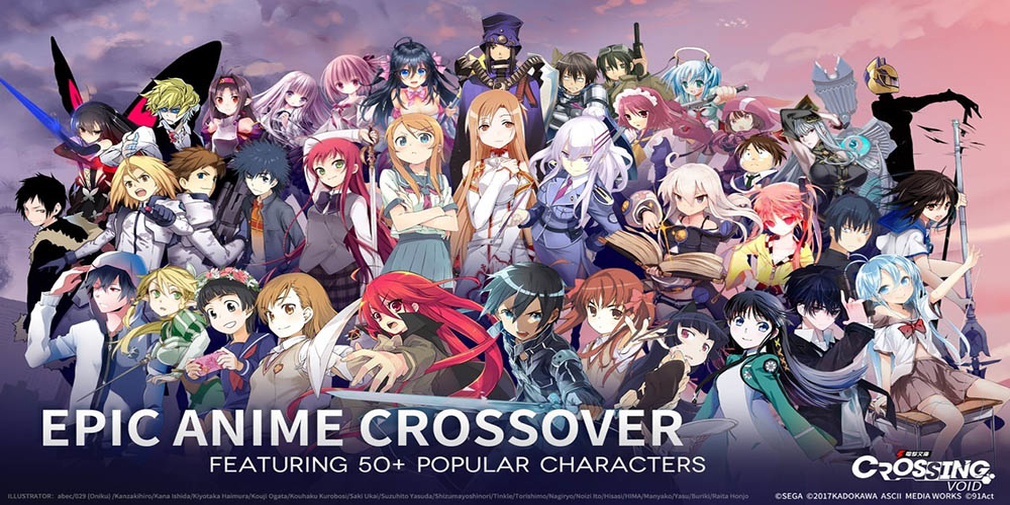 There are a few launch events that you'll be able to take advantage of if you hope into the game now. Completing 'Golden Time' will net you a free S-character of your choice, which is pretty cool, whilst logging in for two days will get you an A-Quality Asuna. Beyond that, there are various other rewards available throughout the first week.

Crossing Void is available now on the App Store and Google Play. It's a free-to-play game with in-app purchases.