Assemble a roster of superstars

Are you in the market for a new football management game? If your answer is yes, we may have scouted a good option for you in Champions Manager Mobasaka. It's a well-received management sim, particularly in China and Southeast Asia where it ranks highly on recommended app lists. So what does the game offer a budding virtual football manager?

An issue often facing football games is the difficulty attaining licences of player names. It often leaves many football titles lacking in that authentic feeling most players crave. Fear not with Champions Manager Mobasaka. The game features over 2000 FIFPro players, so you don't have to worry about assembling a squad with made-up names.

In particular, if you're a fan or admirer of Spanish footballing giants Barcelona, who have now officially partnered with Champions Manager Mobasaka, you can play with the knowledge that the likes of Messi, Suarez and Rakitic are all fully licensed.

They join their La Liga rivals Real Madrid and German titans Bayern Munich as teams that are approved by their real-life counterparts. You'll be able to add players to your roster from all different eras while playing in the footballing theatre that is the Camp Nou.

Champions Manager Mobasaka makes use of inertial and motion capture technology to replicate the more technical movements of players. All-in-all there are 2000 seconds of motion capture data dedicate to achieving this which shows developer Hoolai's dedication to accurately recreating the beautiful game.

They've also used depth-of-field and lens-flare tech to create the games high-end graphics in combination with a 3D engine. Weather changes in the stadium are also taken into account and you can expect the various conditions to affect players accordingly.

Champions Manager Mobasaka boasts a plethora of strategic choices so you can set your team up exactly the way you want. There are over 50 formations to pick from alongside thousands of subtle tactics you can select to really make certain your squad is replicating your footballing ethos out on the pitch.

In addition to all these various tactical subtleties, the game has a featured called 'Heroic Moment'. This will give you a more direct involvement in the match at key moments. You'll be able to choose whether the player in possession of the ball should pass, shoot or dribble past an opposing player. In close matches these decisions can drastically change the final result, so you'll need to ensure you choose wisely.

Managing a team isn't all about knowing football inside and out. You also need to make sure you're helping each player achieve their potential so that they're performing at their very best for the team. This is represented in Champions Manager Mobasaka in a few ways.

The first is that you'll need to understand the strengths of the individuals in your roster. Once you've identified what each player brings to the team you'll be able to purchase them specific equipment that will help compliment their talents.

You can also complete various story missions to improve your players' abilities. Completing them will improve that players skills and by proxy strengthen the team and allow you to earn more rewards in the future.

If you wish to test out your football tactical nous then you can download Champions Manager Mobasaka now for iOS and Android (or using the QR code below). It's a free-to-play game with IAPs. 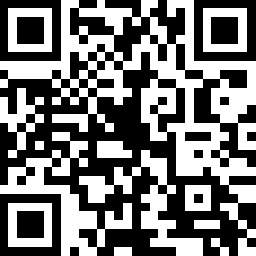