Supercell is minor masters of crafting games built to entertain and challenge, pitting you against other players with a mild emphasis on skill and game mastery, to deliver a rewarding loop of battling and unlocking items. But just like Supercell's consistent formula, their games are beginning to feel a little stale.

Rush Wars is the latest Supercell game to hit mobile devices, and it plays out like a slow-paced RTS, with a tower defense component ticking away in the background. It is very much a Supercell game, and you can expect infinite amounts of multiplayer battling, and dozens of rewards and unlocks that just become really difficult to afford as the game goes on.

In battle, you are placed on an opponent's gold mine, and you see the layout of units they've put down. You lay out some units of your own in the available space, and when the game starts, you watch your units execute your subtle use of strategy and, hopefully, eliminate all of the enemy units while destroying their buildings. 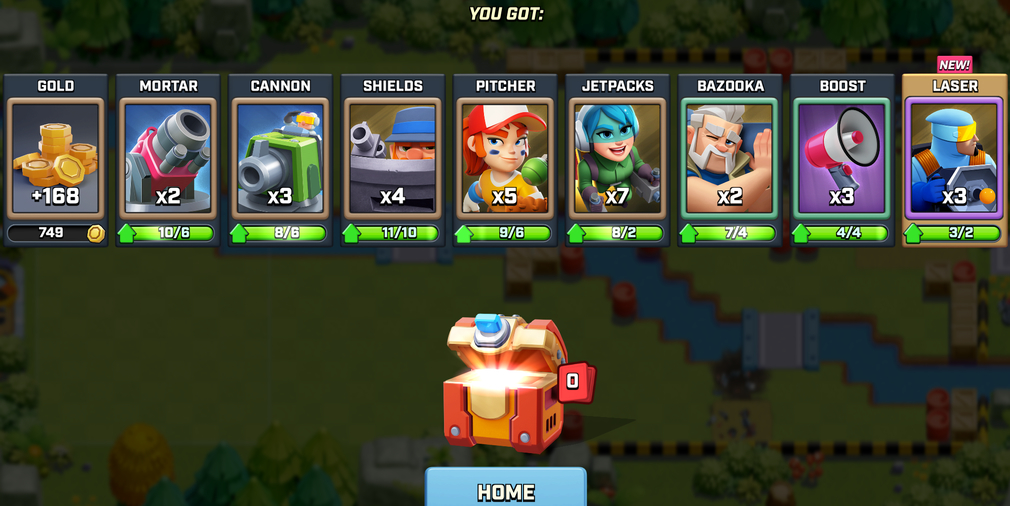 It seems like there's no real strategy to be seen at first, but of course, you just need to look deeper. Shielded units, fast-moving units, longer-range units, all of your unit options need to be considered before you place anything down. Some enemy units have destructive firepower and can take down any low-HP units which are grouped close together, which should make you rethink that, and place down units which can counter it.

When positioning you'll also need to consider the speed of your units, the paths their AI will take them on, and more. But mastery of these basics will quickly help you become a more competent player, and you'll win more and more often.

Of course, you can also defend your own gold mine. You'll regularly be assigned new gold mines, and you must place your own units in such a way that you believe enemy invaders have no hope of surviving. With no foresight as to what enemy units you'll be facing off against, you'll have to attempt to be as comprehensive as possible and prepare for any situation.

You get some unique units for defense missions, including mines to plant on pathways, and large defense units which will stay stationary and either shoot enemies from a distance or perhaps spawn smaller units.

The main meat of the game is the battling for yourself, naturally, but the gold mine defenses will earn you gold and stars, so it makes for a nice bonus that keeps the gameplay concept ticking along. Although, it sometimes feels that defense units are only in the game to give you another thing to invest your coins into when upgrading. 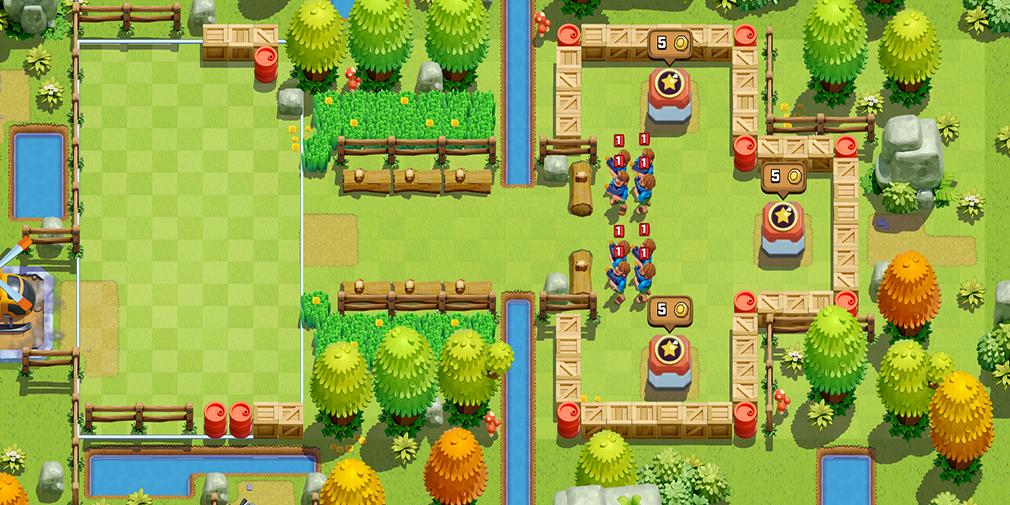 That brings us neatly onto the upgrade loop. You can open chests for earning five stars after battles, which require finite keys to open, and you'll also get a chest spawn in your main menu every three hours, stacking up to two. You'll regularly get more keys too, so you can open chests fairly often.

Though you'll find upgrades for the numerous items in your HQ and your units will become expensive incredibly fast, and of course, the best way to earn EXP is through upgrading your units. Suddenly it becomes a struggle to make progress, pushing you to either spend on microtransactions, or just take a break from the game and wait for your keys and chests to recover.

And then the loop repeats, near endlessly. And in some ways that's great, in others, it's awful. The game is satisfying in battles, but it feels that you quickly run out of rewards when you spend all of your chest keys, forcing you to either stop playing or pay. Literally, if you enjoy playing this game for too long in a single session, the game will give you many flags for microtransactions. Spend gems for keys? Spend gems for the coins you need for the next upgrade? Spend gems for battle since you now have zero coins from that last upgrade? It becomes incredibly frustrating.

Which is a shame. Because Rush Wars is actually a good game, but the constant pop-ups and flags prompting payment force me to stop playing it every time. It's just as well, for as satisfying as Rush Wars' combat can be, it still doesn't hold a candle to the likes of Brawl Stars.