Captain We Have A Problem is basically Reigns in space

The first thing you’ll likely notice about developer DesignLayout’s upcoming card-based strategy game, Captain We Have A Problem, is that it’s a big bit like Reigns in space. You and your crew of stalwart explores are the last remaining hope for a distant space colony, so you’ll need to travel the darkest corners of the universe to bring essential cargo to the surviving colonists.

Your path to victory will be fraught with perilous encounters and challenging decisions. Every choice you make will in some way impact the course of your adventure. Danger is never far away, and one poor decision can have disastrous consequences. 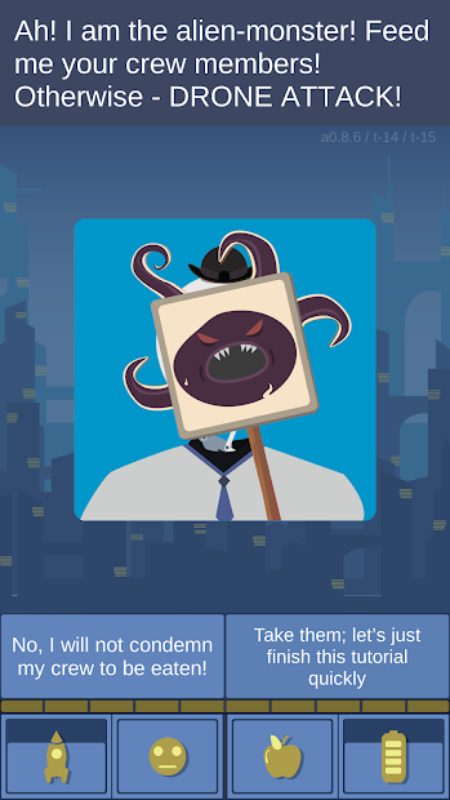 Much like Reigns, you’re given two choices when faced with every card. At launch, there are over 100 varied events to see, some featuring the likes of cosmic vampires, the ancient ‘Warp Gods’, rogue AI, space pirates, and a planet of sentient cacti.

The colony you need to reach is roughly 10 space sectors away, all of which are randomly generated. The developer has teased that reaching the colony isn’t actually the end of the story, so it sounds like there’s a lot to see and do here.

You can also expect plenty of well-hidden Easter eggs and oddball humour. It’s all very tongue in cheek, which is something you’ll quickly realise from watching the trailer.

As the game is currently in beta, there’ll obviously be more features added over time. Some of these include Nuclear and Taser active buttons, an in-depth Black Market and Trade Stations, factions, weird transformations for the captain and crew, more secret deaths and events, unlockable achievements, and, umm, a ‘waifu’.

If you can’t get enough of Reigns-like games, you’ll find Captain We Have A Problem available for download now over on Google Play. It sounds like a good time, and I like the sound of Reigns in space.