If you're a shooter fan who wants a few high-octane experiences to blast while you travel, or while you find somewhere to hide away from the rest of your family, then the Switch caters for you. Whether it's the massive speed and precision of DOOM, or the intense story and world of Wolfenstein II, you have your pick of the big AAA shooters to choose from. Not to mention, there's always Fortnite.

But Wolfenstein Youngblood is a bit of a different experience when compared to the others mentioned. While you can play Youngblood in much the same way you did Wolfenstein II, the game isn't built for that classic singleplayer experience. Instead, it's built for co-op multiplayer. The kind you'll need at least two consoles for.

For the record, this is a damn good game. Youngblood retains all of the action and explosiveness of the previous titles and puts it into a form factor that you and a friend can really enjoy together. If I had a friend with whom I had arranged to play this game with, I have no doubt I would've had an excellent time. But go into Youngblood wanting a single-player story experience, and you might be disappointed. 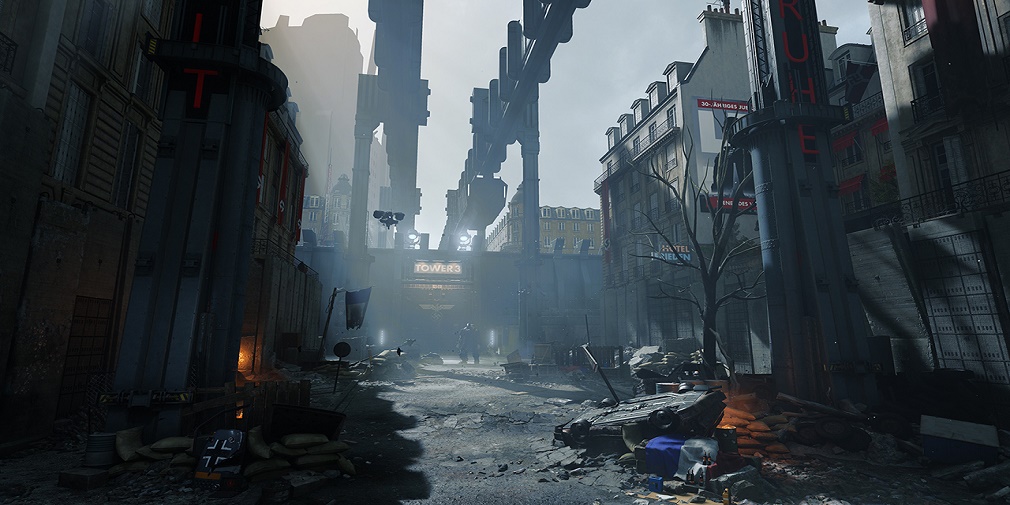 Let's start at the beginning. In Youngblood, you play as Soph and Jess, daughters of the legendary BJ Blazcowicz. With their father missing and their mother acting cagey, they end up hopping on a plane to Nazi-occupied Paris, with the intent of taking down all the Nazis they see and finding their father.

While they may have an amazing lineage, it doesn't mean the sisters are the hardened killing machines their father was, as is proven when their very first Nazi kill results in making them puke in celebration. Though, that inexperience and hesitance is short-lived.

The sisters are immature and inexperienced, and that comes across in their demeanor and dialogue. The pair act like their escapade is a joyous romp to be experienced and danced through, while the reality is much more severe. They move through levels fist-bumping and high-fiving their achievements, and I won't complain about Nazi-killing any day, but their disposition makes them fairly unlikable characters, in my opinion.

It's a good thing the action is so solid, then. Big guns, big explosions, and loads of upgrades and weapons to play with to keep the action feeling fresh. Mostly fresh. As fun as it to romp through levels and takedown enemies, the game has an annoying habit of reusing things, and it seems to be for a few reasons. Multiplayer, longevity, and RPG mechanics. 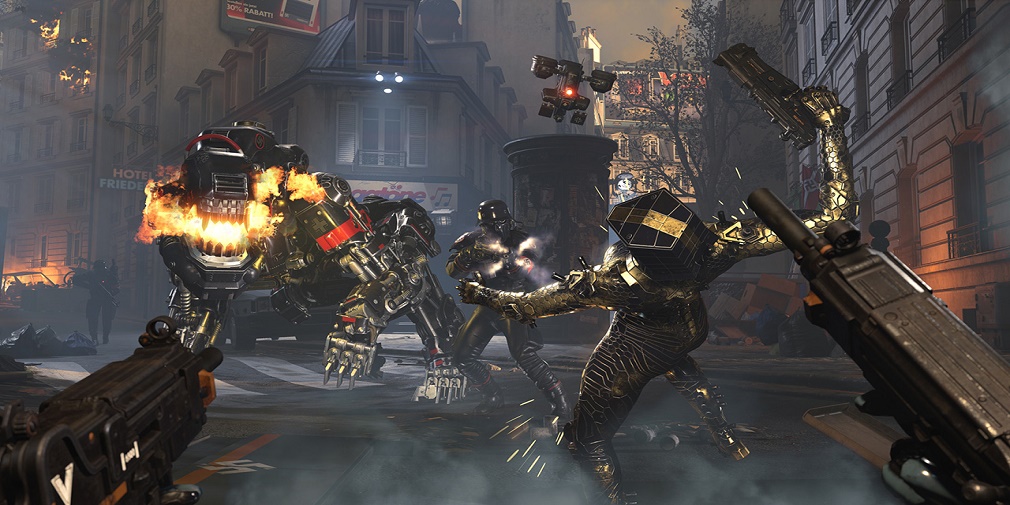 The multiplayer component means that the game wants to keep you playing with your friend for as long as possible, playing stage after stage. A linear Wolfenstein experience would be over too quickly, which is why you get many, many side missions, and many, many repeat areas.

There are dozens of side missions to undertake, many of them taking place in the same areas you've been through. There will be new objectives, yes, such as placing a bomb on a car or killing a high profile Nazi, but since the areas are so familiar it feels tedious after a handful of times. But you need the experience and money from these sections because of the RPG mechanics.

Enemies will have inflated health bars and your upgrades will ask you for more resources to acquire and to get those you need those more mundane missions. But of course, if you wish to speed up the process, there are microtransactions. Of course. It never gets frustrating enough to feel that you need them, but it feels as if the way the game length has been stretched out has been done so specifically so microtransactions can fit in this kind of game.

So the game wants you to grind, then. Annoying. In fact, the whole flow of this game has been sabotaged in the name of multiplayer and longevity. You can't get away from the fact that the game is constantly demanding you kill more of the same enemies, in many of the same areas you've already been through. And that's without mentioning the multiplayer complications on Nintendo Switch. If you want to play with other real players, do not quickplay. Always host your own game. If you quickplay and the host leaves or decides he doesn't want you there, then you'll be kicked to the menu with no save point. Especially annoying if you have to rewatch cutscenes.

Wolfenstein Youngblood, for all of my griping, is a very good shooter, and if you manage to find an online partner to play with consistently, it can even be an amazing shooter, but if you came looking for a linear, explosive Wolfenstein adventure, then I'm sorry, this is not it.

Might not please established Wolfenstein fans, but Youngblood is still a great shooter on Switch.
By Dave Aubrey
| Aug 14, 2019 |
Switch + Steam
Find out more about Wolfenstein: Youngblood