Following a wildly successful pre-registration period, Outfit7’s super-powered runner, Talking Tom Hero Dash, is now available for download on Android and iOS. This latest entry in the beloved Talking Tom and Friends franchise re-energizes the endless runner genre by adding awesome gadgets and superpowers into the mix. It features an exciting world that’s recently come under threat from a band of dastardly raccoons.

Those villains have also been hard at work kidnapping members of Talking Tom Heroes, a super-powered team consisting of Talking Tom, Talking Angela, Talking Hank, Talking Ben, and Talking Ginger. At the start of the game, Tom needs your help to rescue and reassemble the team, though it’s no easy task considering they’ve all been hidden in secret locations around the world. Thus begins a globetrotting adventure that will take you to colorful recreations of several iconic cities.

Each of these locations has been vandalized by the nasty raccoons, so it’ll take a lot of loot and cash to restore them to their former glory. Thankfully, superpowers and high-tech gadgets come in very handy when attempting such a challenging task, and you can be sure you’ll have access to plenty of those. 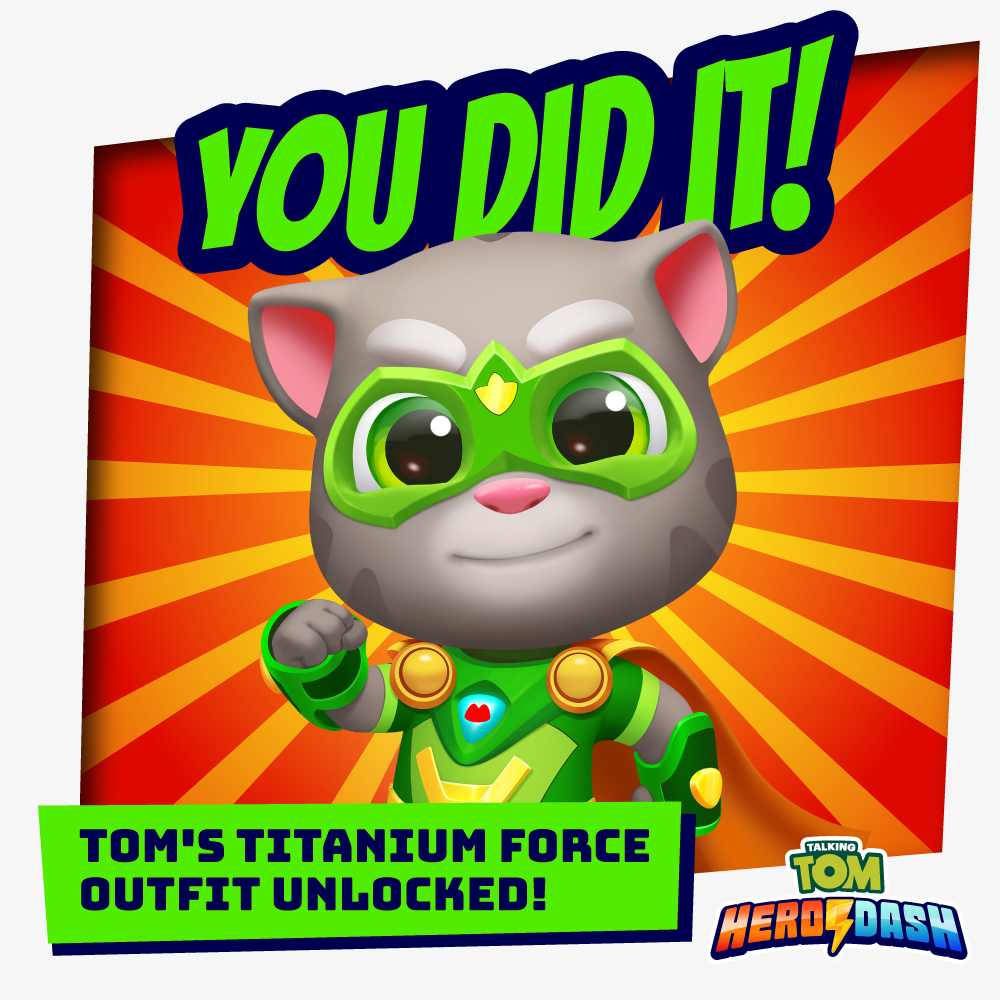 Some of the gizmos and powers on offer include a powerful magnetic glove for clearing debris, a lightning-fast hoverboard for traversal, and a strength-enhancing vest for taking on enemies. There are also bosses here that you’ll need to best in order to complete each level and unlock a new playable character.

The world isn’t going to save itself, so take on the challenge and head for the App Store or Google Play to start your superhero adventure in Talking Tom Hero Dash.