Ahead of its global launch later this week, Outfit7’s superhero-themed runner Talking Tom Hero Dash has achieved an incredible 4.5 million pre-registrations. The game is the latest entry in the hugely popular Talking Tom series, and it sees fan-favourite characters like Tom, Angela, Ben, Hank, and Ginger going on a globetrotting adventure to save the world from a pack of mischievous raccoons. 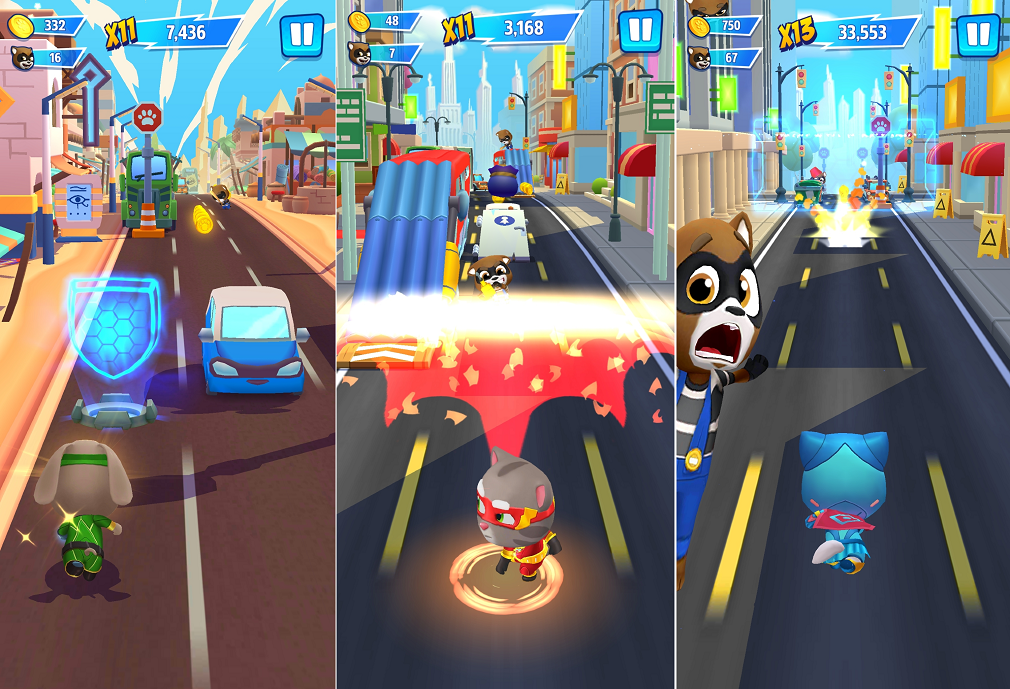 Starting off with only Tom, you’ll be tasked with exploring and rebuilding 5 stunning cities in order to rescue your friends and unlock a new playable character. The exciting runner gameplay mixes things up by including superpowers and gadgets, including an awesome hoverboard and high-tech magnetic gloves.

Seeing as the game has now smashed through the set milestone of 3 million pre-registrations, players will now be able to try out the exclusive, limited-edition Titanium Force outfit when the game launches.

For those who haven’t done so already, there’s still time to pre-register and join the Talking Tom Heroes on their action-packed adventure. And if you download the game before June 20th, you’ll also get access to Tom’s Titanium Force outfit.

To pre-register, all you need to do is head over to the official Talking Tom Hero Dash site and sign up for your platform of choice.