Outfit7’s highly anticipated runner Talking Tom Hero Dash is now available for pre-registration, and with the release of the game fast approaching, we thought we’d up the suspense even more by introducing you to the superhero team known as Talking Tom Heroes! Talking Tom, Talking Angela, Talking Ben, Talking Hank, and Talking Ginger all have their own special gadgets, abilities, and powers - so it’s handy to know which character will suit your unique play style. 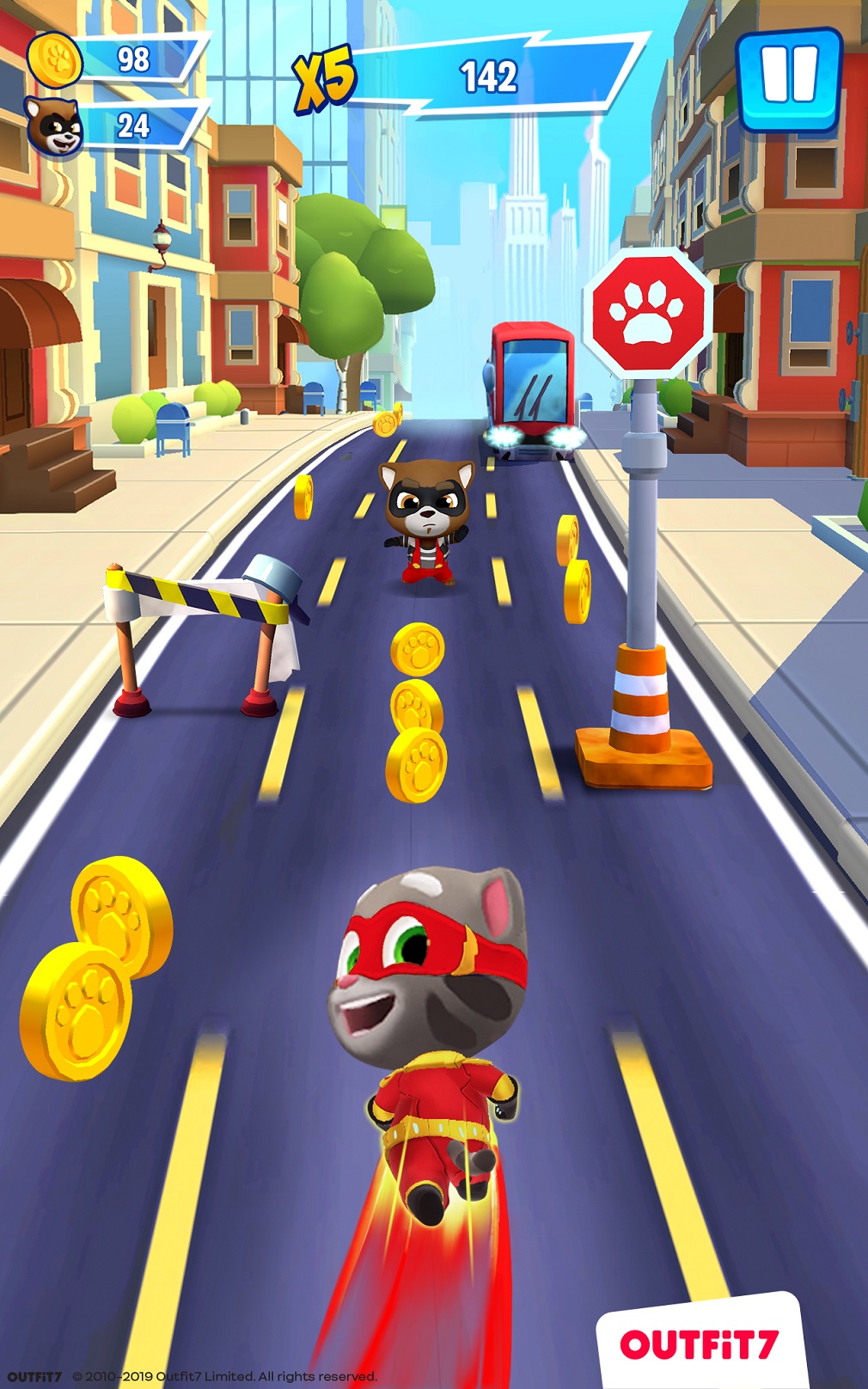 So without further ado, here’s everything you need to know about Tom and his band of courageous superhero friends. 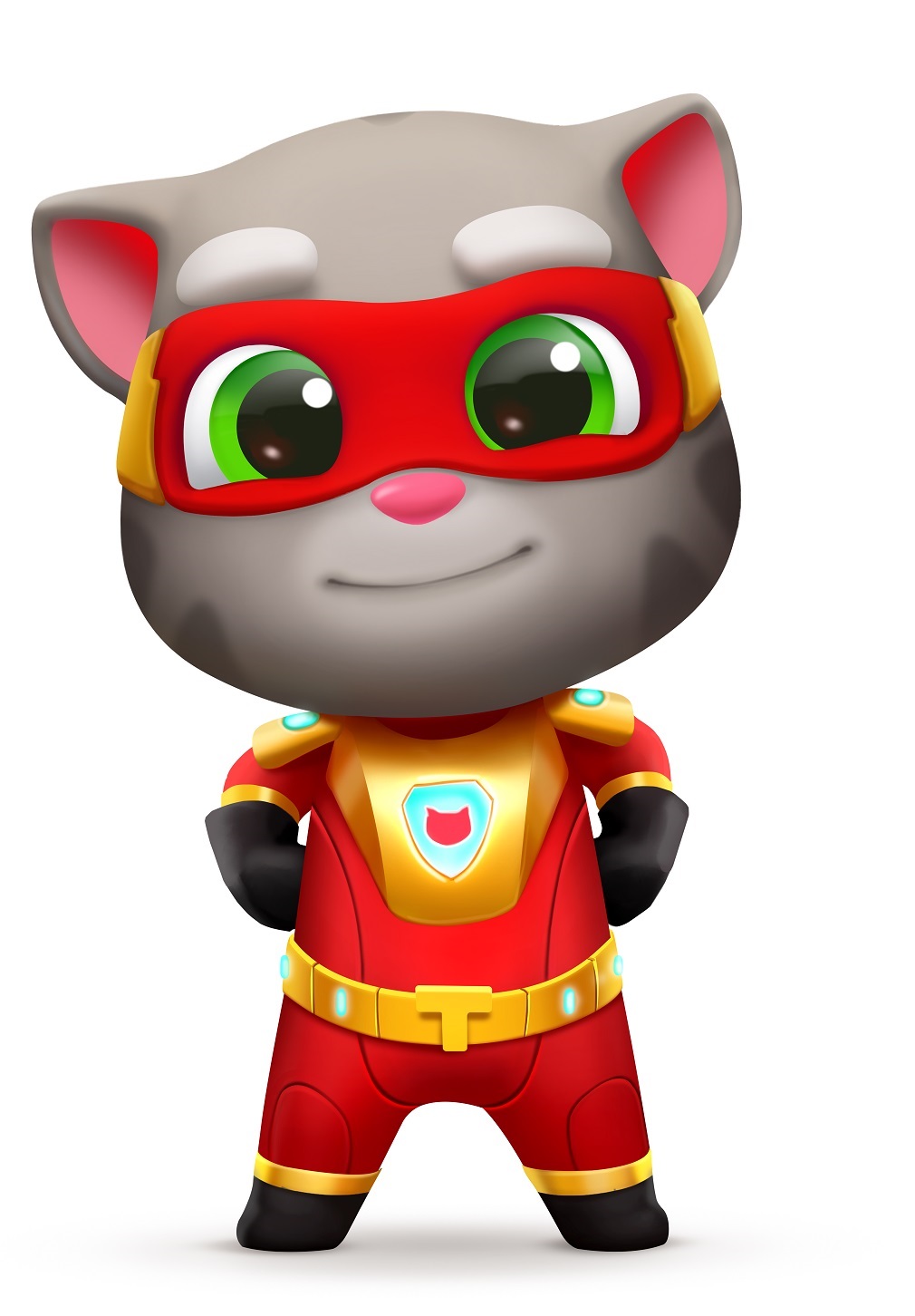 Tom, the original star of the award-winning Talking Tom and Friends franchise, is the founder and leader of the Talking Tom Heroes team. He might describe himself as the “big picture guy”, never lacking a grand plan or the courage to see it through to the end. He’s brave and totally committed to always doing the right thing.

In terms of his powers, Tom is the strongest member of Talking Tom Heroes. His superpowers come from his red power crystal, gifted to him by the team’s mysterious mentor. He’s immensely strong, thanks to his special arm-enhancing vest. With it, he can lift heavy objects and take on the more powerful raccoon enemies with ease.

When racing through any of the game’s five worlds, Tom has the ability to take off and fly forward at an impressive speed. He’s strong, fast, and super determined to save the day! 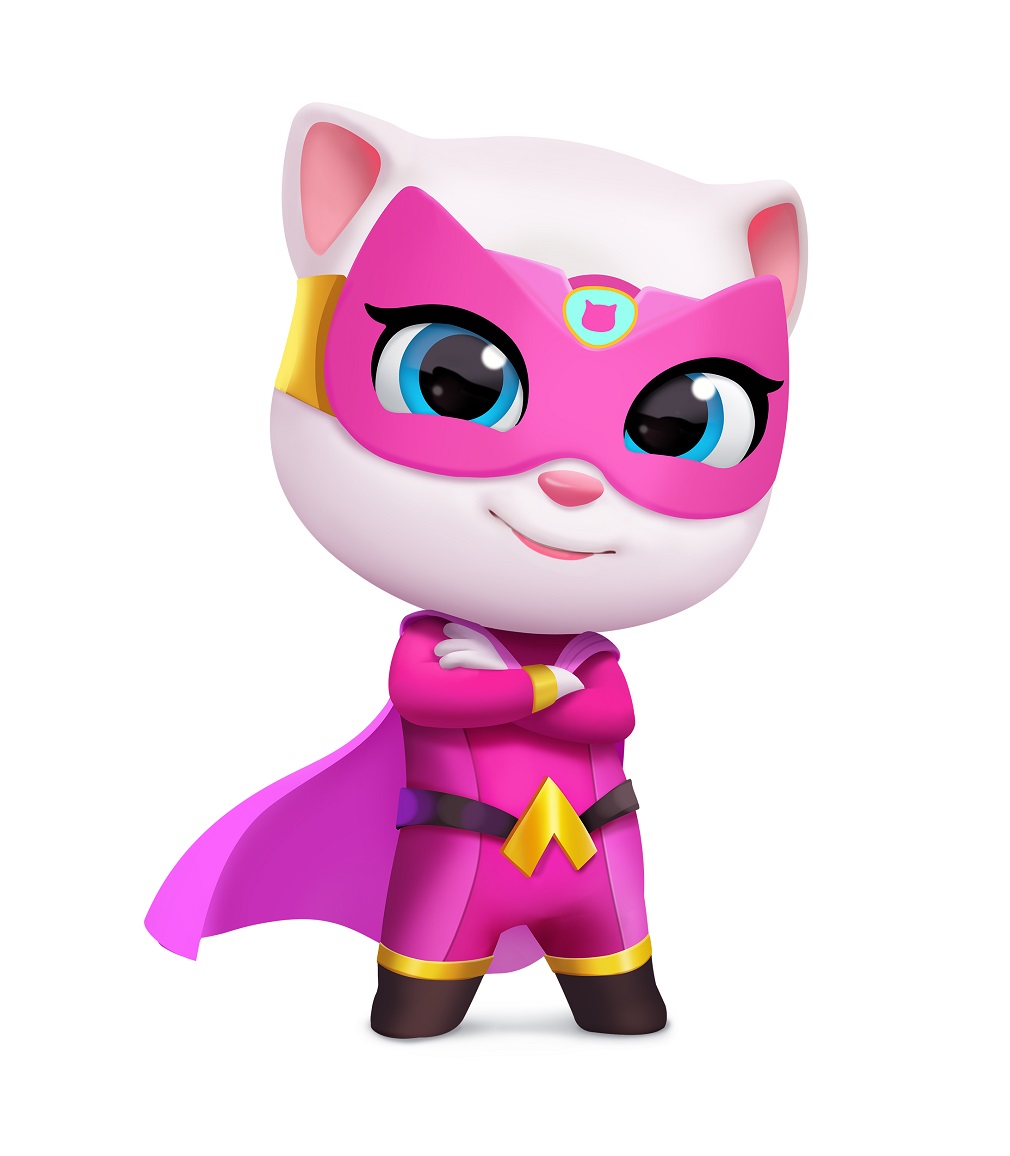 Angela is courageous and enthusiastic about helping others. She’s also by far the fastest member of the group, capable of reaching almost impossible speeds as she races around each of the game’s five levels.

Beyond being super fast, she’s also incredibly agile. No terrain is too treacherous for Angela to handle, and her high-tech rose glasses allow her to scope out her environment and locate any potential hazards. 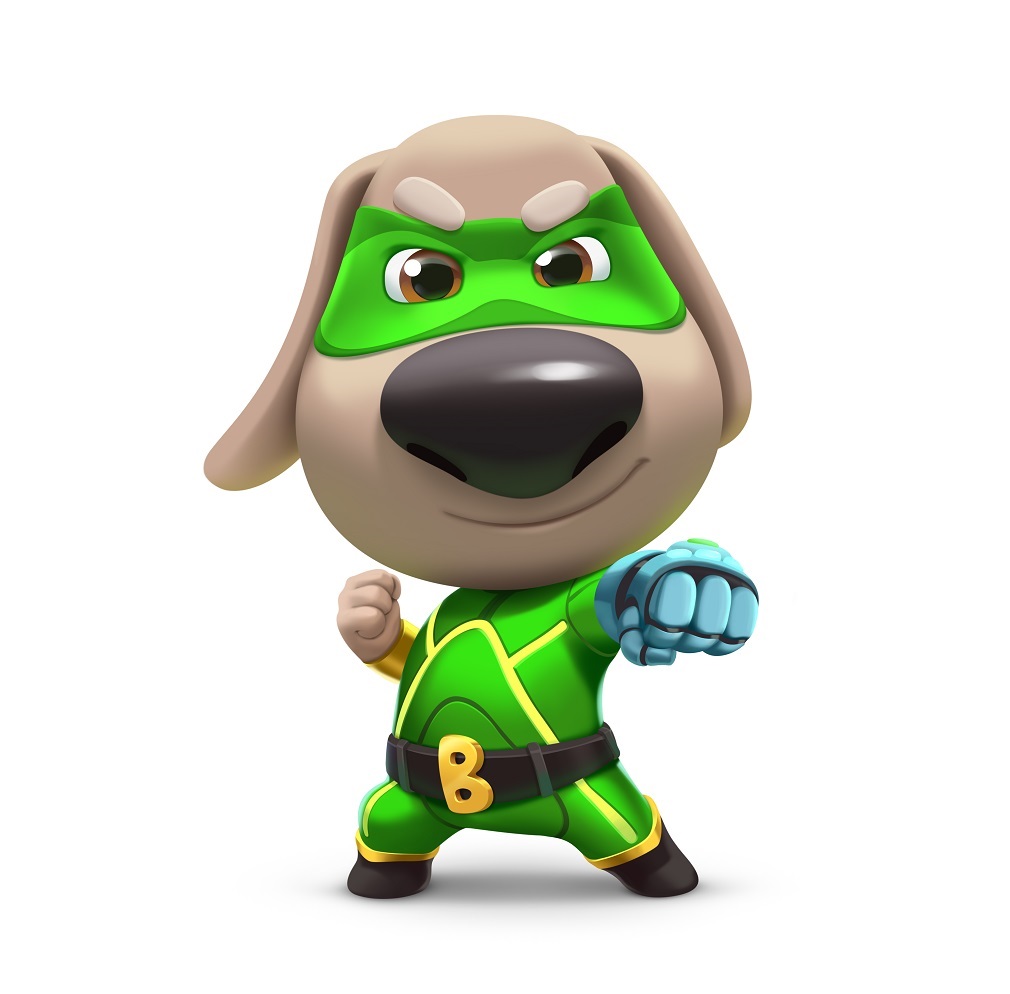 Ben is easily the smartest member of Talking Tom Heroes, making expert use of his tech know-how to come up with clever schemes to help the team save the day.

His super smarts are boosted by his magnetic glove, which is powered by the green power crystal. It’s the most amazing piece of tech, allowing him to move heavy metal objects with ease. This lets the team easily navigate the city streets and dodge past the destruction of the raccoons.

Ben’s magnetic glove also has an extra special superpower – it can recharge the team’s special power suits, making him integral to their success. And if that wasn’t enough, he also has the ability to float forward when running through each of the game’s locations. 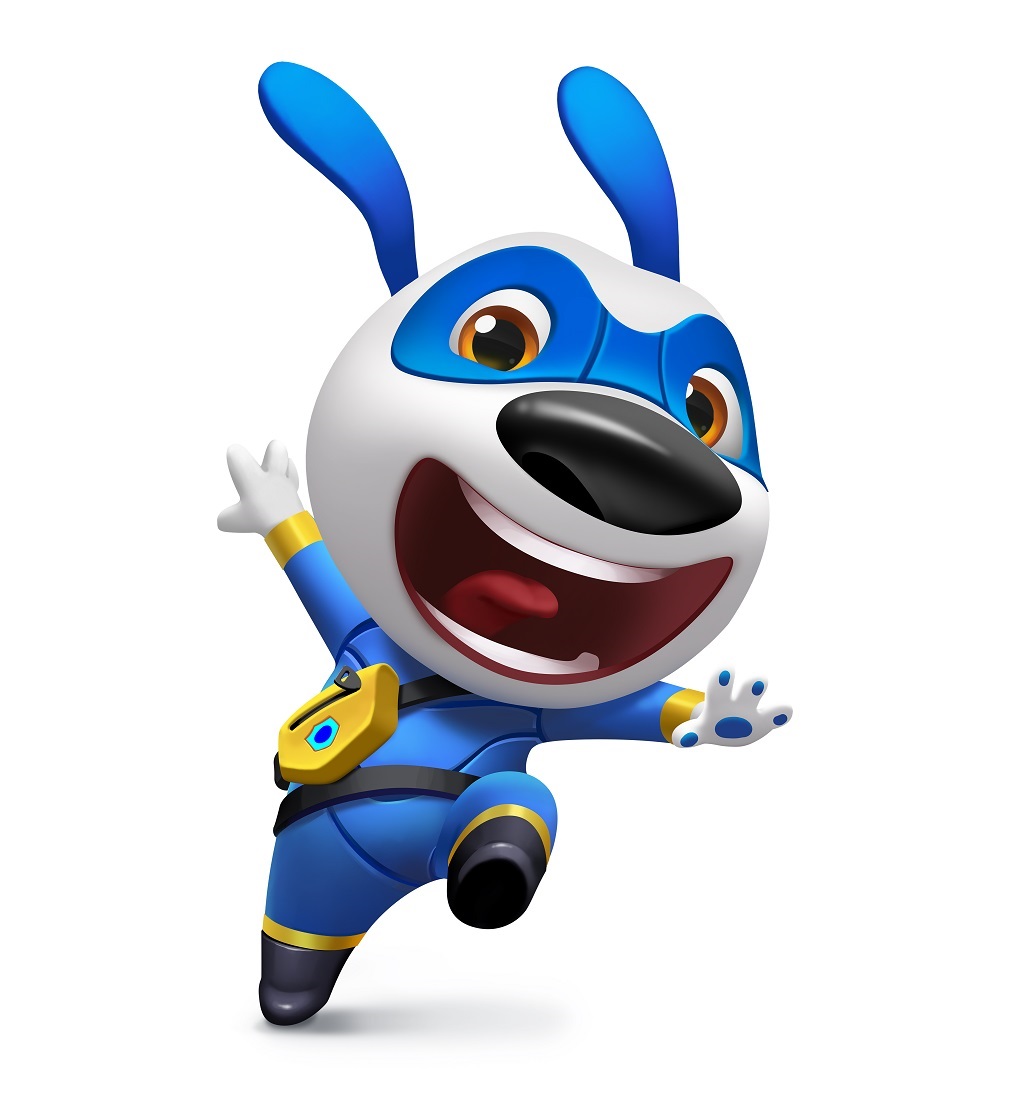 Hank is a happy-go-lucky guy, who’s usually ready with a joke or a funny thought at a moment’s notice. He always wants to help people – even if it’s just to make them smile. In the Talking Tom Heroes team, he’s known for his ridiculous last-minute plans that somehow manage to work out. This, unsurprisingly, has earned him a reputation as the luckiest member of Talking Tom Heroes.

Hank never goes anywhere without his bottomless backpack, in which he stores all manner of crazy gizmos and gadgets for the team to use in their pursuit of justice. Whatever the mission, you can be sure that Hank’s backpack contains something to help save the day. 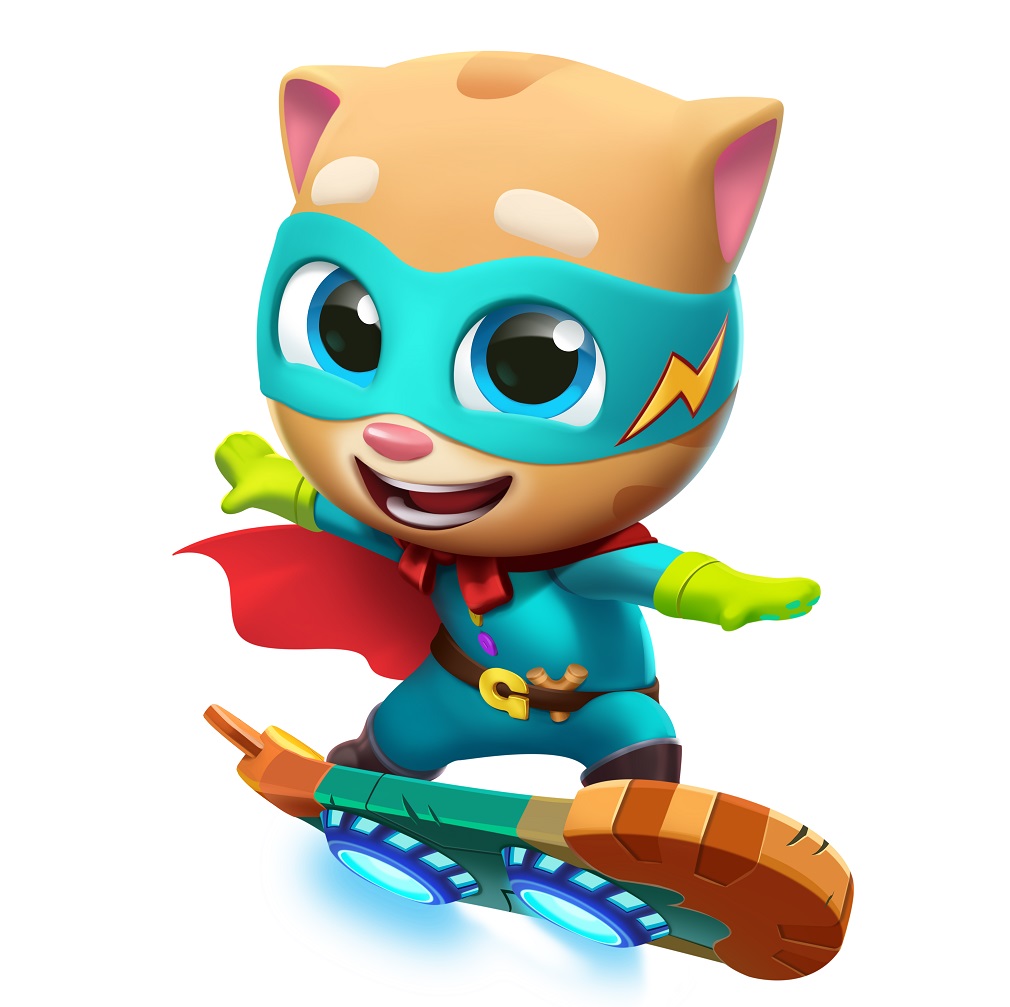 Last but by no means least we come to Ginger. Ginger is younger than his friends in the Talking Tom Heroes team and you can usually find him tagging along on missions to help his friends in any way he can.

You see, he’s too young to be an official member of the Heroes, so he doesn’t have his own power crystal just yet, but that doesn’t stop him from being an invaluable member of the team. Instead of relying on superpowers, Ginger makes use of his incredible stealth abilities to sneak up on enemies and quietly win the day.

His hoverboard skills are also legendary, and he can often be spotted showing off his amazing tricks as he speeds around the game’s five locations.

And that wraps it up. There still plenty more to discover though, and a perfect place to start is to head over to YouTube to checkout Outfit7’s animated series of the same name. And to pre-register for Talking Tom Hero Dash, you’re going to need to make a quick trip to the game’s official site and sign up for the game on your platform of choice.