Outfit7's upcoming endless-runner Talking Tom Hero Dash has just surpassed an incredible 2 million pre-registrations worldwide - an almost unprecedented milestone for a casual title made all the more impressive by the fact it was achieved in under a week! 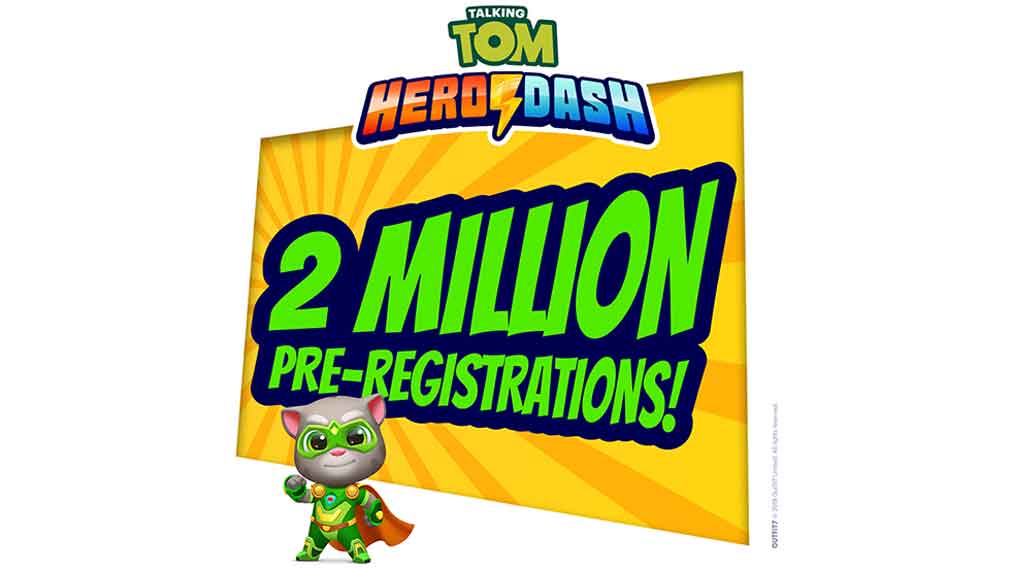 Talking Tom Hero Dash is set to be the 22nd game in the Talking Tom and Friends franchise, and will see Tom, Ginger, Hank, Ben, and Angela transform into superheroes for the very first time; a move we discussed at length in our recent interview with Outfit7 which (judging by the early hype) will be a sure-fire hit with its fanbase.


Even more exciting is that Outfit7 is on course to smash its target of 3 million pre-registered players before it debuts Talking Tom Hero Dash worldwide on June 6th. As a special thank you upon reaching that total, the multinational family entertainment company will reward all sign-ups with a limited edition Titanium outfit for its 'super' cool hero cat.

If you'd like to be among that number of lucky recipients, then be sure to head over to the official Talking Tom Hero Dash site and pre-register now.