Refined micro-fighter Flappy Fighter is smashing up the App Store

There's a new fighting game on the App Store scene: Flappy Fighter. It's come from nowhere and it's kicking ass and taking names.

I know that I can't speak for many when I talk about my own experiences with mobile fighters, but in general I've found that handset fighters tend to be lacking in several departments. If it's not due to the lengthy boot times then it's definitely due to the controls. Flappy Fighter faces most of those problems down, and comes out on top.

Flappy Fighter, from Andrew Baxter, is a 2D fighter which has stripped out a lot of the more problematic elements of creating a fighting game for mobile, and then built a refined, easy to play fighting experience. Albeit one which takes a lot of visual cues from other areas. 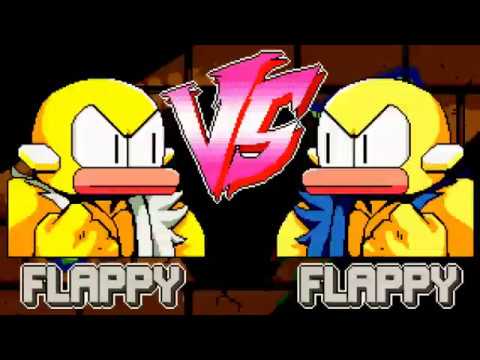 Controls are as simple as six inputs, with left and right buttons on one side and four numbered buttons on the other. Three of the attack buttons are jumping focused, while the other is not. These buttons cover all of the basic elements of fighting games, with holding a direction down also covering blocking.

Landing successful hits — once you get close enough to withstand the AIs current habit of spamming fireballs — will build up two bars which are used for special moves.

Currently there's only one character — although there's an assortment of costumes which can be unlocked through micro-transactions or watching ads — however more will be added on a weekly basis. We're unsure which form this will take — whether it will build a roster or simply feature rotated challengers.

That said, it's really fun and the combo and super combo systems are really well made.

You can find Flappy Fighter on the App Store.

Interested in the latest news? We have a section for that.