Wonder Boy: The Dragon's Trap finally has a release date for mobile handsets.

Wonder Boy: The Dragon's Trap, a top-tier remaster of a top-tier adventure game from 1989, originally launched for PC and console back in 2017. Today DotEmu have announced that they have been working with Playdigious to port the remaster over to Android, iOS and nVidea Shield platforms, with a May 30th release date in mind. 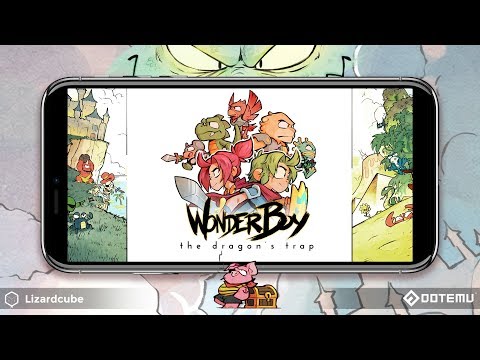 For those unfamiliar with the title, it's a 2D adventure game where you set off to lift a dragon's curse by exploring a expansive map and defeating a series of dragons. You manage equipment and spells to change how you interact and explore the world, at the same time each dragon you defeat also changes your form, with each of those having their own abilities and skills.

I still have fond memories of 1989's Wonder Boy III: The Dragon's Trap. Not just because I'm old (if you must know, I first played it almost a decade after it launched), but because it was part of one of the best series out there at the time. Wonder Boy III, as well as IV and Monster World, were doing a lot of things that other series simply weren't. Equip items each added characteristics to the player, in Dragon's Trap the player's physical form gated access to certain areas, in Monster World there was an ocarina based puzzle system. They were metroidvanias almost a decade before the term was coined.

In an age of remasters, remakes and relaunches Wonder Boy: The Dragon's Trap stands out more like a restoration; the game was built over the original coding, with the music, artwork and new features all slid over the top of the existing frame. Not only was this incredibly respectful, but it made the included feature of swapping between modern and retro formats at any time utterly fantastic — mind-blowingly the drawn artwork remained pixel-perfect to the original.

Because of the way that the game was recreated over the top of the previous one, all of the progress passwords work perfectly too. So if you still have your notes from the Master System version laying around, they'll all work.

Wonder Boy: The Dragon's Trap will be available on iOS and Android on May 30th. If you pre-register for the game on its Google Play Store Page then you'll actually save 30% off of the launch price. Bonus.

Want to know more about upcoming games? We've got a section for that.