We'll start the review with a little bit of background, as it's important to get things established up front. Bit Planet Games' Ultrawings comes in two different flavours.

The first flavour is the VR one, it launched almost two years ago for PSVR and PC. The second flavour is what you're reading the review of: Ultrawings Flat. I'll just call it Ultrawings going forward though. 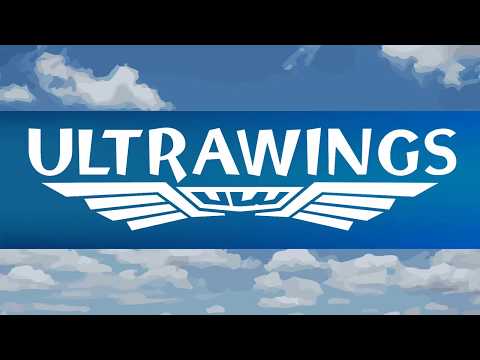 Ultrawings is a primarily first-person, where you fly one of four aircraft around a cluster of islands in either free flight, or in an effort to complete challenges. Progress and unlocks are staggered behind the guise of you building a flying 'empire' - purchase airstrips with your hard earned money to take new missions.

It all starts quite simply, you have to pass a few basic flight lessons to familiarise yourself with the controls; things like taking off, flying for set amounts of time and landing. Once you've got to grips with those then other missions start opening up for you and you unlock the free roam mode which you will be using to progress through the loose campaign of Ultrawings.

There are four different flying vehicles to pilot, from the clunky ultralight you start with through glider to stunt plane to gee racer. Each of these handle very differently, with the starting ultralight a slow-moving but steady plane, and the stunt plane a responsive pacey beast.

The biggest problem for Ultrawings is that even though it has cutesy, low-texture design work, it's a serious simulator at its core. In other words, the handling is really, really tough to get used to, especially with the ultralight. The PSVR and PC versions of the game featured motion controls and a free-look mode tied to the head. If you didn't go for those then you could still have a tight experience with a HOTAs and joystick. These technology combinations made Ultrawings amazing, but unfortunately the Switch has none of them. Instead you'll adjust your path with over-sensitive analogue sticks and shoulder bumpers. 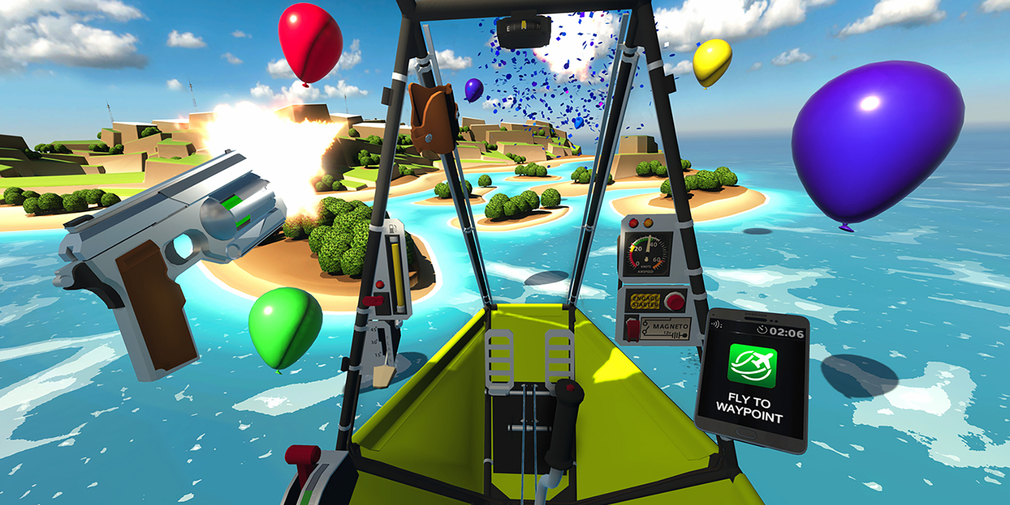 From a content perspective it's a lovely port. It hasn't lost anything in being moved over to the Switch, although it hasn't really gained anything either. You're still sat in an empty room with look controls to select options, menus are still in their VR format, and objects are still laid out for VR players. This latter point means that your character needs to look at objects like the gun and tablet in order to interact with them, with no option (in Handheld Mode) to use the touchscreen features on menus or objects.

If you can get past the VR aspects of it, and are looking for a flying sim with some wacky elements then Ultrawings is for you - you'll be shooting balloons and looping around courses in no time. From a beginner standpoint however, in starting with a plane which responds poorly to analogue stick input, many people may be too frustrated to push forward to the better planes.

Read more of our latest reviews in our review section

Ultrawings delivers a fun simulator experience which suffers thanks to the absence of VR and its use of the Switch's tech
By Dann Sullivan
| Apr 23, 2019 |
Switch + Steam + PlayStation VR
Find out more about Ultrawings Flat

The VideoKid review - "A dizzying explosion of retro aesthetics and references"