Ressurecting a classic from the Dark Age of PC

Back in the early days of PC long before the likes of Minecraft and PUBG were occupying our every waking moment, there was Minesweeper - a grid-based puzzle game that had you clicking squares and trying to avoid blowing yourself up. It earned the distinction of being the 'most played' game during its time and still remains a classic to this day.

Globesweeper is a new, three-dimensional take on the original game, taking the Minesweeper puzzle formula and applying its grid style layout to 3D spheres and cubes (called globes). There are five different globe sizes and four difficulty levels to to choose from. Fans of the original will also notice the addition of two extra grid-types as well, with hexagonal and trangle modes accompanying the classic square style layout. 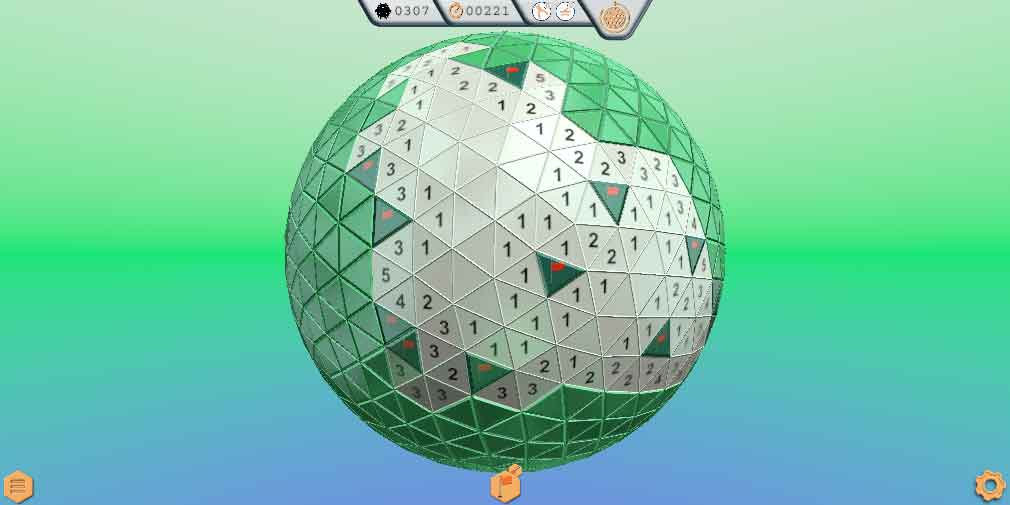 If you want something to aim for there are special achievements to unlock, and if you like keeping an eye on your stats then you can do just that thanks to in-game trackers. The game also boasts some pretty cool customisation options that allow you to make your own planet themed globes. And for those who hate having to resort to guesswork, developer Incandescent Games have included a “Guaranteed Solvable”mode for when things get a bit too frustrating.

Globesweeper is already out on iOS, Android and Steam and is well worth a look if you're in a nostalgic mood, or just in the need of a new puzzle fix.