Trybit Logic is much more than a mere game. It’s become a tool for teaching kids about computing and a go-to application for engineering students everywhere, and its arrival on Nintendo Switch has helped consolidate this.

Previously released for iOS and Android, Himacs’ logic-based puzzler tasks players with helping a friendly ‘Bitrobo’ ward off an onslaught of pesky bugs. 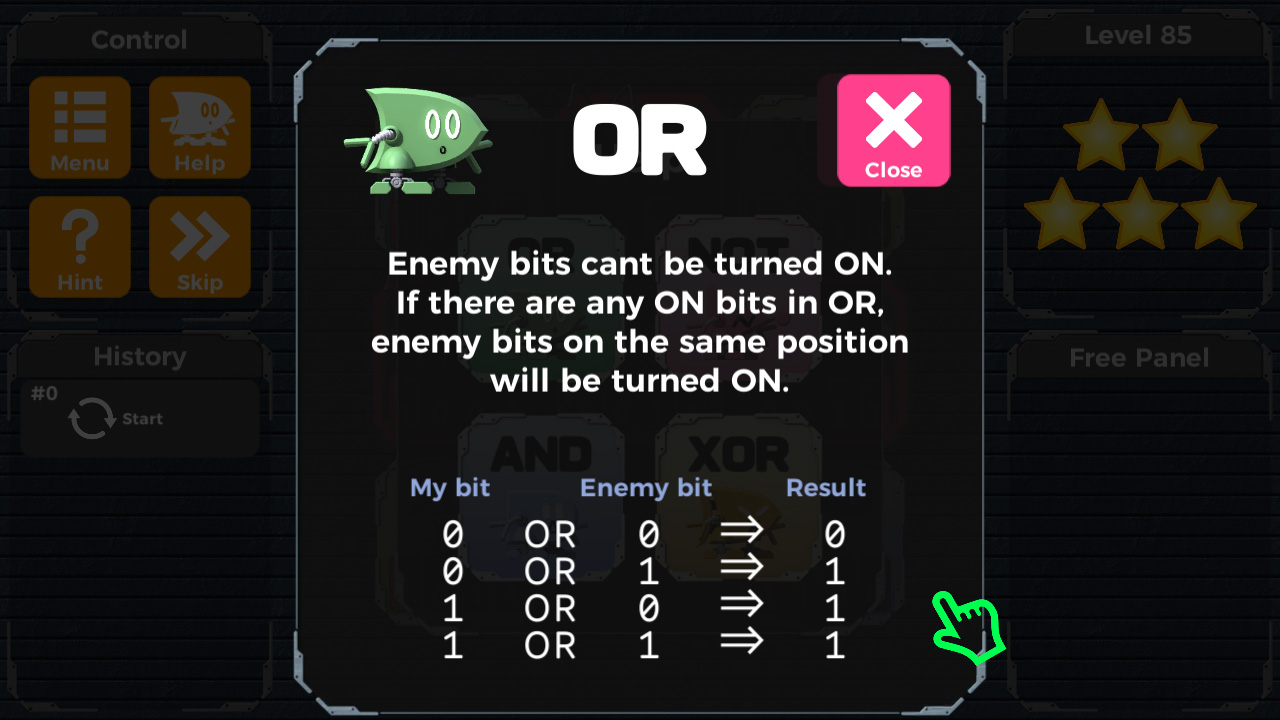 To Zap said bugs, players will need to solve a series of problems which involve combining logical operator panels to expose their weaknesses. Toggling each glitch’s switch to 0000 or 1111 is the key to killing them off.

The Switch edition of Trybit Logic can be played on your TV screen or in mobile mode, and it features two modes of play: Puzzle and Defence.

In Puzzle Mode, players must use the logical operations panels onscreen to defeat the bugs as they appear, while in Defence they must prevent them advancing from the right side of the screen, towards their Bitrobo on the left. Once your energy bar has been filled, you can pull off a special attack to vanquish all of the bugs on screen in one fell swoop.

Subscribe to Pocket Gamer on
TryBit Logic is available to buy from the Nintendo Store, priced at £6.49.

Pokemon news is coming tomorrow - but what is it?