Steins;Gate is a strange game with a strange title. A hardcore visual novel all about time travel, it's a baffling blend of serious, hard sci-fi and ridiculous scenarios which feel totally at odds with each other.

It's certainly proved divisive too. While I was a big fan of the original Western release on PS Vita, our official review gave it a 6/10, mainly due to the fact that the main character, Okabe Rintaro, is a total scumbag.

This new release, Steins;Gate Elite, doesn't change his character at all. Rintaro is still Rintaro, and depending on how your version of events goes, he can turn into a genuinely horrible human being who you won't want to play as.

I don't want to spoil anything, but the "worst" ending in the game is truly horrific in ways you don't see coming - and yet somehow, it all makes sense.

So, the writing isn't any different. The big change for Steins;Gate Elite is its artwork, which has now been almost entirely lifted from the anime adaptation of the original game.

While the original game featured the still, 2D images that are a staple in the visual novel genre, Elite cuts and remixes parts of the anime together to fit the dialogue from the game. 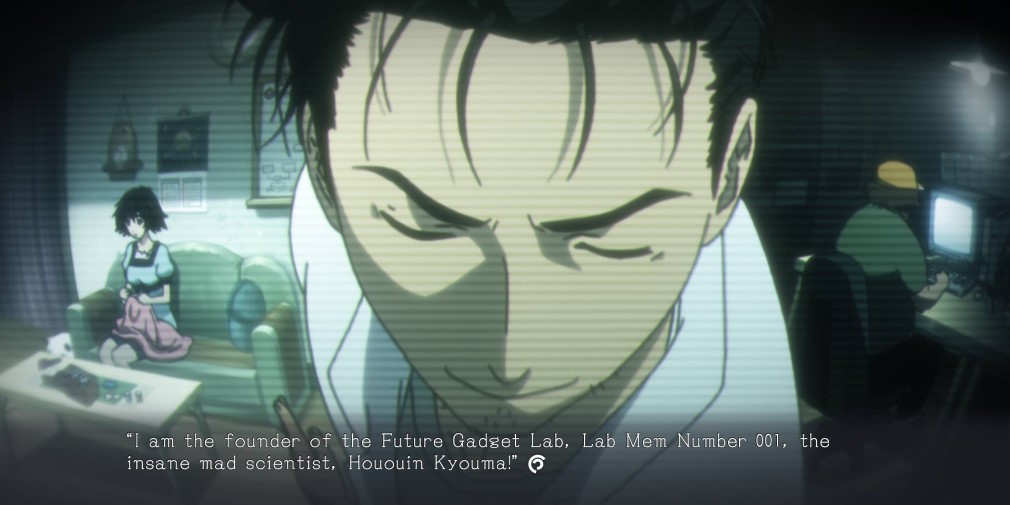 That means a lot of repeated motions and stills, for sure, but it's at least a little more adventurous and visually interesting than the original game.

To that end, it's sure to appeal to visual novel newbies. Steins;Gate was definitely more "novel" than it was "visual", while the Elite edition makes the visual element an incredibly key part of the game.

And yet, something feels a little off. Maybe it's because I'm a purist - there's something quite beautiful about the weird, slightly grimy look of the original Steins;Gate visuals which the anime doesn't quite capture.

But it's also that the anime visuals simply look a bit cheap when they're not in motion. The game pauses on a frame whenever it's waiting for you to progress the story, allowing you a little too much time to notice all the finer details - like where the artists decided to cut some corners to save time (and money).

It's still more visually interesting and maybe even more appealing than the original's visuals, especially for newcomers to the series. But if you're returning to the game after a previous encounter, you may not be quite so enamoured.

On the plus side, Steins;Gate Elite does bring in some useful quality-of-life upgrades. For one thing, you're forced to open every single text that comes through, and major decision points also stop the game progressing, meaning you can't accidentally get a bad ending through inaction alone. 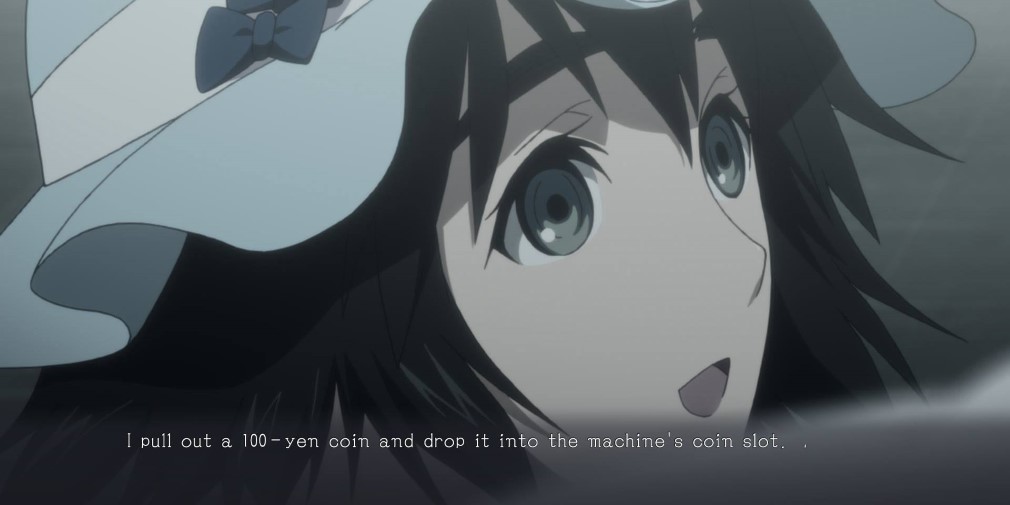 And I especially like the way the forums are now handled, with a huge list of comments you can scroll through and take your time reading in a much larger font than before.

On top of all that, you're free to fast-forward dialogue from the get-go, so if you have played the game before, you can skip out all the super long, in-depth time travel theory parts that tend to clog up the script.

And the new artwork is definitely more interesting to look at than the static images of the original release, even if you can see a lot more imperfections when you're waiting to move on to the next piece of dialogue.

If you've always been interested by Steins;Gate and want to see what all the fuss is about, and you're not a super-hardcore visual novel fan, this is definitely a good starting point. It's the same game, but prettier.

That said, it's also ridiculously expensive. At full price, it'll set you back $60/£50 on Switch, which is pretty steep for a four-year-old game.

If you've got a PS Vita still kicking around, or you're happy to play on mobile, picking up the original release might still be your best bet. Or, hey, the entire anime is on Netflix, so you could just watch that instead.

Steins;Gate Elite is the same game with a new set of graphics, and that's both a good thing and a bad thing
By Ric Cowley
| Feb 20, 2019 |
Switch
Find out more about Steins;Gate Elite
SEE COMMENTS