There is honestly nothing more appealing than seeing a game that does something unique visually - something which grabs your eyes instantly and demands you look at it.

Away: Journey to the Unexpected has that in buckets, combining a colourful 3D world with gorgeous, eye-popping 2D characters to create something that you very rarely see in games.

It has its faults, particularly with its combat, but overall, it's a chilled-out, relatively relaxing adventure that's definitely worth a peek, if only for the wonderful world you find yourself in.

Away has you exploring a weird world of colourful characters after a corporation wrecks your grandparent's home and you decide to go off and find out what's going on.

The plot isn't particularly important here - indeed, it goes off the deep-end within minutes of you starting and stops making sense entirely - but it's a decent way of pushing you towards meeting the vast array of weird and wonderful characters that populate the game.

To start, you might think this is a first-person RPG of sorts, and it certainly feels that way. There are dungeons to crawl, loot to find, and the game's cast can largely be convinced to join your party and help you go out and kill things. 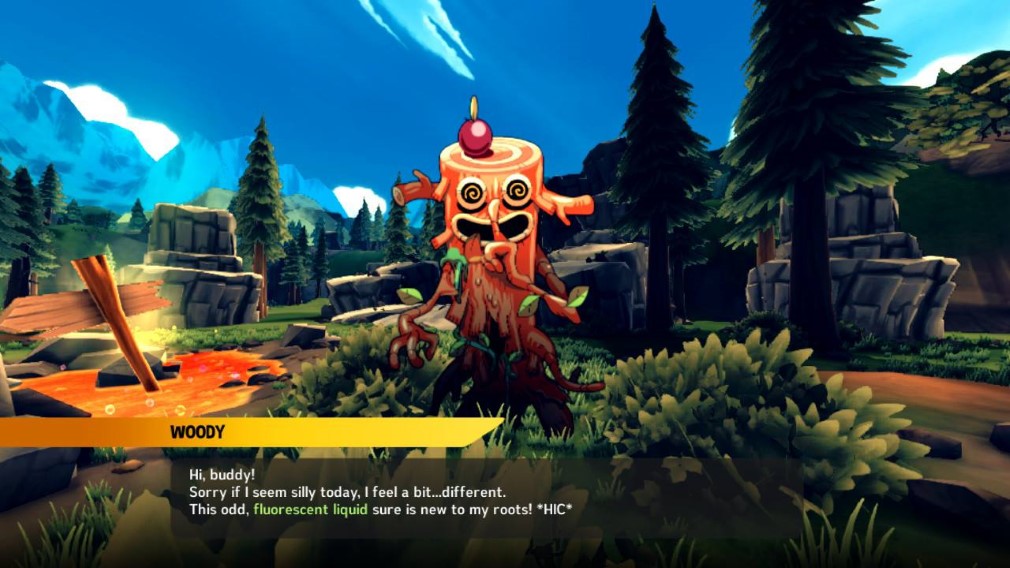 But it's secretly a roguelike. You're going to die a lot here, and partly that's due to the fact that you can never upgrade your stick, which does a paltry one damage for every connecting swing.

That said, there are other factors at play which make the game hard for the wrong reasons - namely the decision to mix 2D characters with a 3D world.

You take damage when you get too close to an enemy, but because said enemy is flat on the screen, it's tough to tell how far away "too close" actually is, leading to loads of accidental damage and deaths just because your depth perception is out of whack.

There's also no indicator in your targeting reticule if your attack is going to land before you swing your stick, so most of the combat is just wild flailing and hoping something dies at the end of it.

Gathering party members unlocks different attacks, but they have their own problems too. For starters, each new party member has a limited energy meter - use too many of their attacks and they'll become exhausted and unusable for the rest of your run.

Worse yet, each character comes with a different camera filter, all of which make the game much, much harder to play. It's aesthetically quite nice, but when aesthetics gets in the way of an enjoyable experience, it becomes a big problem.

From misery to happiness today

Dying isn't all bad, however. Throughout Away you accrue experience points on the quiet which are only used up after you run out of health, and which give you helpful boosts for subsequent runs.

Which sounds great, except for the fact that the progression is completely broken. You don't learn how to block until level four, for example, by which point you've probably already got pretty good at just avoiding attacks.

It also essentially rewards you just for sticking with the game long enough - you can grind through levels no matter how awful you are, just so long as you keep trying and trying. It removes a lot of skill involved, and feels more like a patronising smile than a true reward for your efforts.

All that said, Away: Journey to the Unexpected is a surprisingly enjoyable experience. The hub worlds you travel through are full of secrets and paths to explore, and are largely lacking in enemies, meaning you're free to roam without getting battered to death on your way.

The gorgeous 2D characters never get boring to look at, and chatting with them is always a joy - the dialogue isn't outright funny, but it's pleasingly weird and will raise a smile or two. 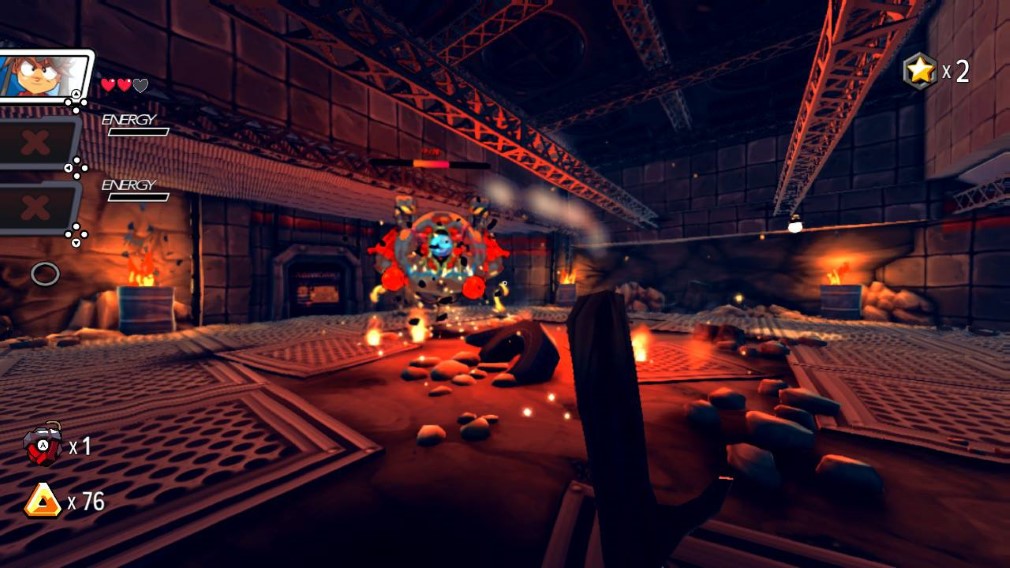 And the overall vibe of the game is peaceful and relaxing in its own weird way. It's a pleasure just to wander around the world, taking it all in and advancing through the game at your own pace, rather than feeling rushed off your feet at every turn.

It's not a very big game, nor is it very long, but it feels like a game that encourages you to take your time with it and enjoy what's on offer, rather than rushing through to beat it as quickly as possible.

Overall, Away: Journey to the Unexpected is definitely style-over-substance, but its style is so strong that you can just about forgive its flaws.

The combat is tough to get a handle on and its progression is plain broken, but the world, characters, and 2D artwork are wonderful salves to the game's problems.

It's a bit of a throwaway experience - hence why it's significantly cheaper than you might expect - but it's one you won't entirely regret trying out.

Away: Journey to the Unexpected