Modern Combat 5: Blackout was probably our favourite recent game in the FPS series. It captured the atmosphere of the military shooter just right, and offered up a whole bunch of multiplayer modes to sink your teeth into. Which is why we're pretty excited to be able to tell you that Modern Combat Blackout, which is based on MC5, is coming out for Switch.

This isn't a direct port though, it's been tweaked and tailored for Nintendo's hybrid pocket console. One of the most interesting things about the game is the customisable control options that it offers, allowing you to tailor the way you play to suit your fingers and thumbs - something we definitely didn't get in the mobile version.

On top of that there's all the multiplayer you'd expect from a modern FPS, and a single player mode that takes you all around the globe. If that wasn't enough you've got nine different classes to choose from - Assault, Heavy, Recon, Sniper, Support, Bounty Hunter, Sapper, X1-Morph, or Kommander. 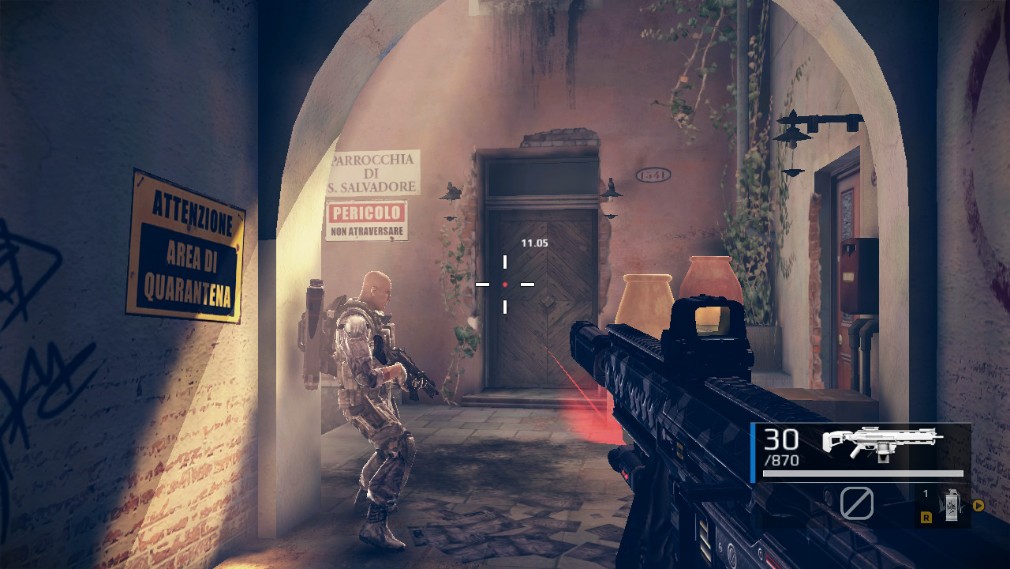 The progression that you make in the multiplayer mode also crosses over to the single player modes and vice versa, so everything you do in the game is going to contribute to strengthening your character and getting you more awesome gear.

We don't have a release date for the game yet, but it should be landing on the eShop in the coming weeks. We will, of course, let you know as soon as the release date is confirmed. We do know it's going to set you back $19.99 when it comes out, which means it should be about £14.99 in UK money.