Tales of Vesperia Definitive Edition review - "Betteria than the restia"

Yes, shortly after fans got their hands on this massive JRPG on Xbox 360, it was re-released on PS3 with new characters and much more content - just not outside of Japan.

Fans clamoured for the complete Vesperia experience for years, berating official Bandai Namco twitter accounts to humourous result, and for the longest time it seemed impossible.

Until now, at least. At E3 2018 it was confirmed that the fan favourite entry in the franchise would be hitting all major consoles and PC - at long last. 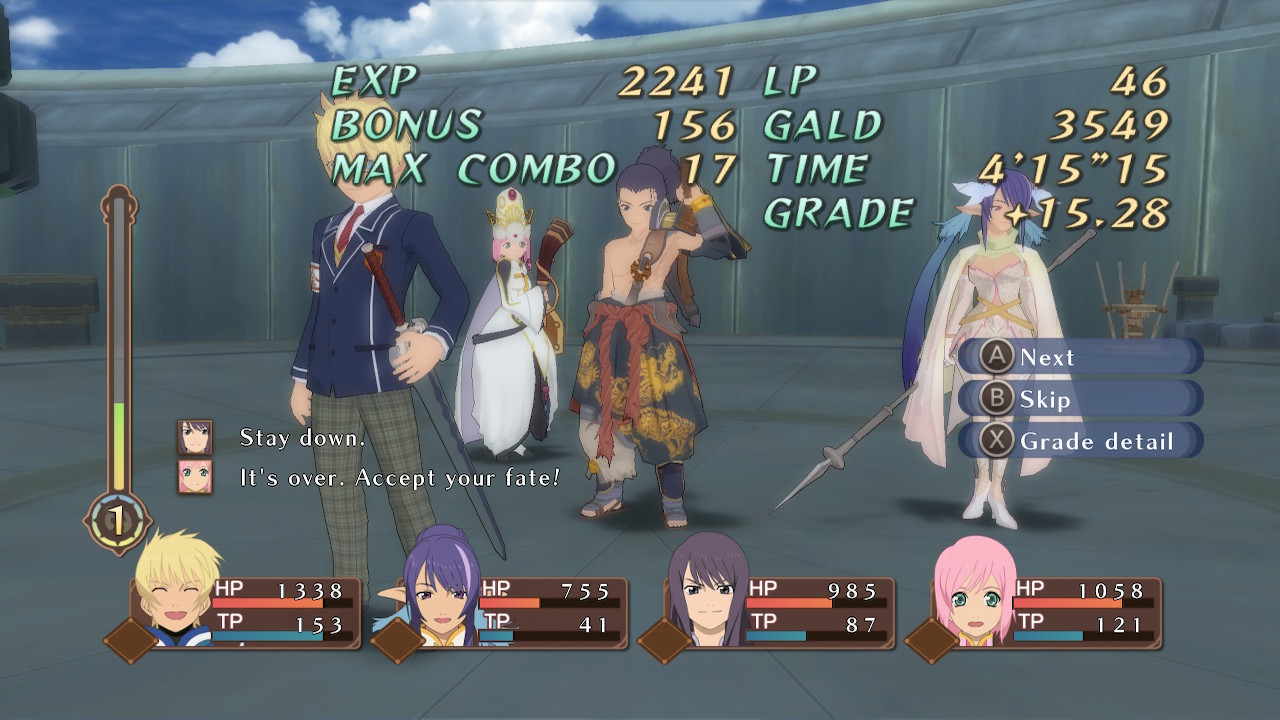 And now that it's here, we have to find out exactly how it all stands up to the test of time, and whether or not Tales of Vesperia has been worth waiting a decade for.

Starting at the beginning, the Tales franchise is a beloved JRPG series, know for the linear motion battle system - which essentially means it's an RPG with real-time combat. Quite the novelty back when the franchise made its debut.

Although not impressive by any means in the modern day, the battle system is still a signature of the series and great fun to play.

Vesperia follows the story of Yuri Lowell, a former knight and current brooding vagabond, helping out his fellow man in the lower quarter of the capital city. When disaster strikes thanks to a mysterious stranger, Yuri leaves town with his dog, Repede, and a young noble girl, Estelle, on their journey to see the world.

It's as simple as JRPG stories can possibly start, though luckily nothing quite as typical as burned villages and murdered parents occurs.

This isn't a story about kids tasked with saving the world, instead it starts out as adults just trying to survive in the world they've been thrust into - before having to save the world by the end, of course.

But the reason this game is such a big deal is of course the new content. Finally, new pieces of the story can be fit into place in a language that isn't Japanese. Which is wonderful. And slightly jarring.

Unfortunately not all of the voice actors could return for Tales of Vesperia's Definitive Edition, including Yuri's VA Troy Baker, a well known voice in the industry now. Though, not willing to give up such a good voice performance, Troy Baker has had his voice work kept intact, with all new lines being given to another voice actor.

Suddenly, every line that wasn't present in the original release of the game is obvious. Glaringly so. It ruins nothing, and is completely ignorable thanks to dual audio making Japanese voices selectable, but those paying attention will find their primary protagonist sounds a bit like he's flipping between two voices - and seemingly, two personalities - fairly often.

Patty is a brand new pirate character that has been added to the game, searching for the treasure of the pirate Aifread, who was alluded to in the non-definitive version of the game.

Flynn, a noble young knight and Yuri's best friend, also joins the party on occasion, giving the player another sword fighter with a new moveset to play around with.

These additions are lovely for fans, but newcomers won't see what it adds. There's more dialogue, more skits, more cutscenes, and for those who love these characters that's great. 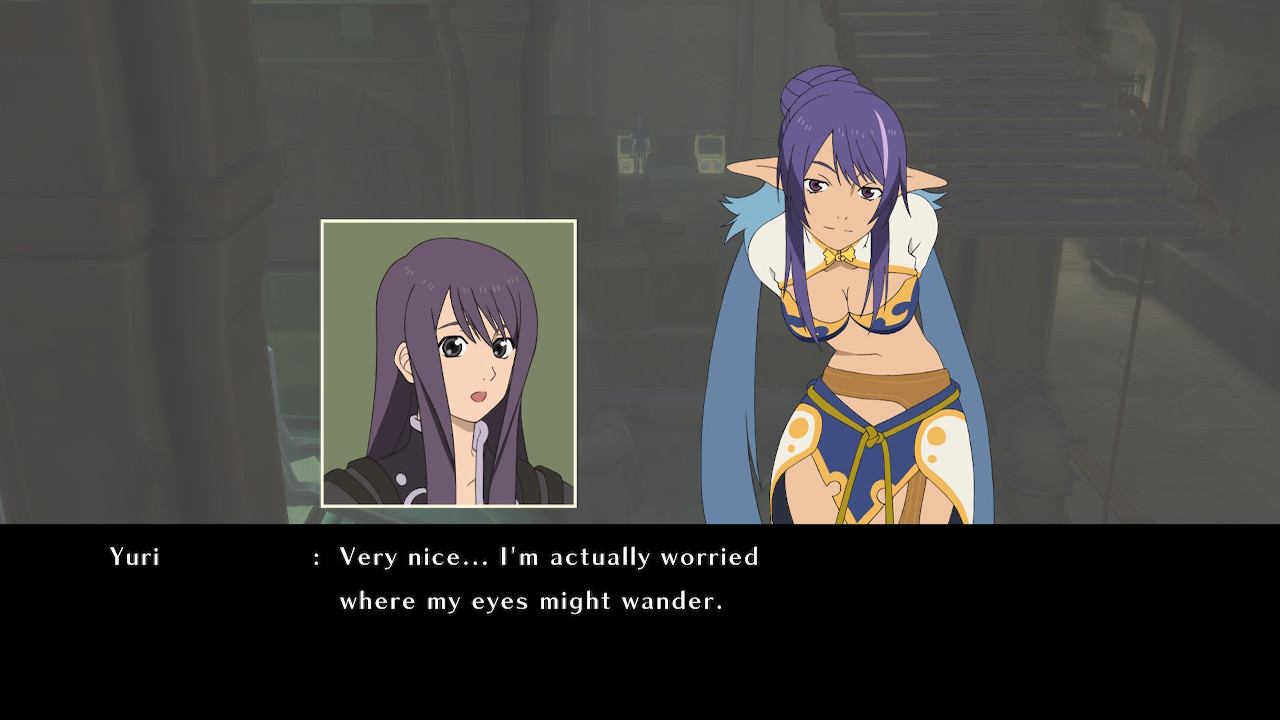 The game is filled with things to collect, too. So many weapons, items, equipment, costumes and accessories can be found in the game world. On top of that, Synthesis will allow you to expand the properties of weapons and teach your characters new skills.

You'll even have books to fill with enemy and monster information, and a weather cycle in the overworld even changes what monsters appear where, and what items you may find. If you want to fully complete this game, there's a lot to find and do.

There's so much to do in Tales of Vesperia that it feels like a real journey, and the story you're told is one of the very best in the entire franchise.

Things start out simple but the world has a character many other JPRG landscapes simply don't, thanks to how intimately you'll grow to know its history and the dynamic between the factions of the world, like the guilds and the Empire.

But is it worth visiting for the first time? Yes. Yes it is. With a few caveats. The combat in the early game feels fine, but not satisfying enough.

It's only once you unlock dozens of skills do you see combat open up and start to feel truly enjoyable, with your own personal biggest combo to date immortalised on your save file, pushing you to surpass it each time you play. The story is much the same, with a slow introduction you must persevere with in order to understand the full scope of what's to come.

Although it's not perfect, one thing is certain. This truly is the definitive version of one of the very best Tales games, and one of the best JRPGs of the PS3 and Xbox 360 generation. And now you can play it on Switch too.

One of the best Tales games finally complete and portable. Essential for JRPG fans on Switch
By Dave Aubrey
| Jan 9, 2019 |
Switch
Find out more about Tales of Vesperia
SEE COMMENTS