For a puzzling platformer like Teslagrad to really work, it needs to walk one of the finest lines in gaming. On the one hand it has to be mysterious enough to keep you intrigued. On the other it needs to make sure it isn't so esoteric that players get lost, bored, and give up.

All the intelligent core mechanics and shiny graphics can't save a game if it stumbles too close to either side of the slim pathway. And while Teslagrad definitely spends most of its time striding confidently along, there are times when it sways a little too close to the too confusing side of the street.

The game sees you playing a boy on the run in a steampunk city. Things kick off with probably one of the most thrilling chase sections in modern platforming. After escaping a crowd of red-clothed goons, you start to unveil the parts of the game that are going to be with you until the end.

Those parts involve electricity. After discovering a strange temple and a gauntlet that lets you change the polarisation of certain blocks in the game, things start to open out. You'll already have got to grips with the controls by that point - drag on the left of the screen to move, tap the jump button to jump.

Once you've picked up the gauntlet you'll get a couple more buttons, one red and one blue. Tapping these let's you punch in the direction you're facing. Press red and, if you're hitting the right thing, you'll change its polarisation to the same hue. What does that mean in practice? It means magnets. 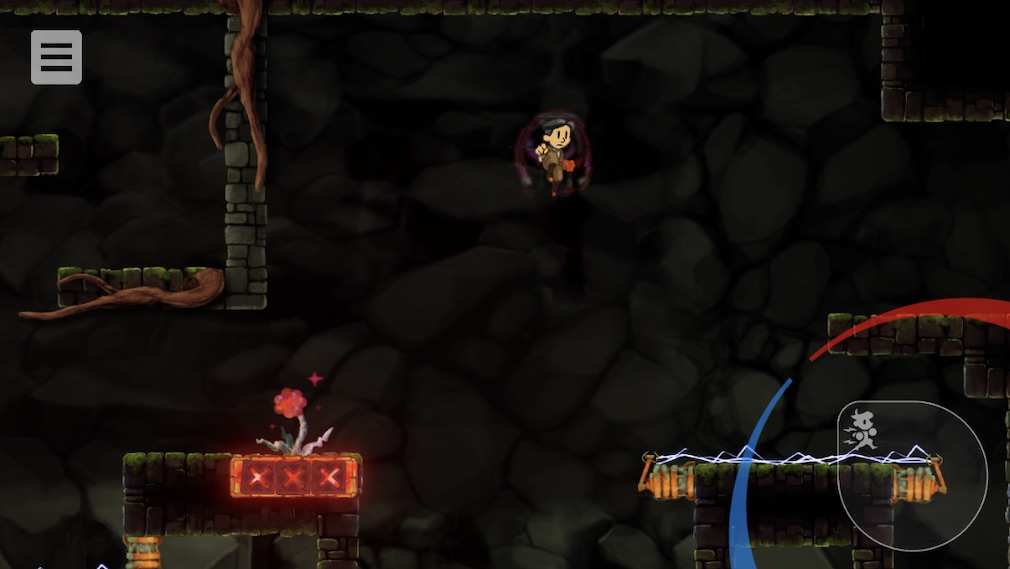 Blocks that are the same colour repulse each other, pushing apart and creating paths that weren't there before. Blocks of different colours are attracted to each other. You can create moving platforms, fire off boxes, and much much more.

It's that more where the problems start to slip in though. Because the game isn't brilliant at explaining itself. No, you don't have to read any instructions, but the little signs that show you how new mechanics work are pretty small on a phone screen, and the game's design isn't quite up to the task of showing not telling. 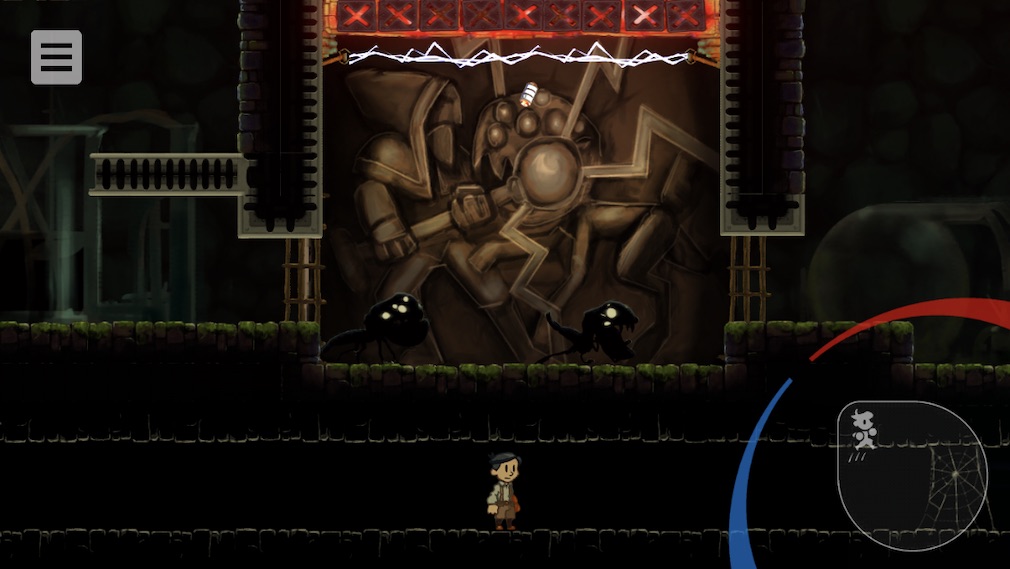 The mechanics in games like Teslagrad need to layer themselves carefully - it's not just a case of piling them on top of one another, they need to be interconnected, weaving together to make a moveset that you can easily remember and combine. And that's not quite the case here.

For the most part you're not going to notice the problem. You'll wheel through vast chunks of the game with a smile on your face, enjoying the puzzles, revelling in the rich world that's been built for you to explore. And then you'll hit a section that needs some figuring out, and the smile will become a slight frown.

It's not a blight on the experience, but it does allow frustrations to creep slowly in. For a five dollar game with some impressive mobile controls, that's not too shabby though, and there's such a rich world to lose yourself in here that you're going to let all but the worst of the infractions slide.

Teslagrad has come to mobile with the same slight defects that kept it from greatness on all the other platforms it's come out on. But they're not the sort of problems that are going to make you hate the game. Nor are they the quirks that can make a strange game like this really stand out from the crowd.

Everything about the game is brilliantly solid, and it shows up plenty of other mobile games when it comes to polish and style, as you'd expect. When those occasional niggles slide in, they don't break the game, they just leave you feeling a little stupid - it's not your fault, but that's not the point.

If the perfect platforming puzzle game is a smooth line rising upwards and becoming thicker as new ideas are added, then Teslagrad is more like a thickish line surrounded by outlying dots. You can get to them, but there's a leap of imagination you're going to need to make that the game hasn't quite prepared you for yet.

Teslagrad brings its problems to mobile, but it's still a damn sight better than most puzzling on-the-go platformers
By Harry Slater
| Nov 8, 2018 |
iOS + Android
Find out more about Teslagrad
SEE COMMENTS

Tank Party! is another IO game that doesn't have much to offer beyond the basics of the genre

This is everything you need to know about Teslagrad for iPhone, iPad, and Android