Harry wrote about Miles and Kilo a while back, when the game first appeared on mobile platforms. He enjoyed it and compared it to a blanket (one that punches you in the throat), and he's right.

There's a sweet and nostalgic familiarity here, but it's mixed with modern gaming conventions like infinite running and simplistic button presses that cover several skills based on the context and position you find yourself at in a level.

Like so many successful titles for iOS and Android, a port has come over to the Switch. Sometimes these are cash-in opportunities and sometimes, like with this game, it's lightning in a bottle.

Games like this simply fit the Nintendo console and where so many developers neglect the fact that the Switch can be used on a TV, that's not the case here. Touch controls are gone and the actions of jumping or striking are on the face and shoulder buttons.

Use whichever you feel comfortable with and the game will do the rest. Miles and Kilo have crashed their plane on an island and several enemies have stolen the pieces, scattering them over an overworld map akin to Mario Bros 3. 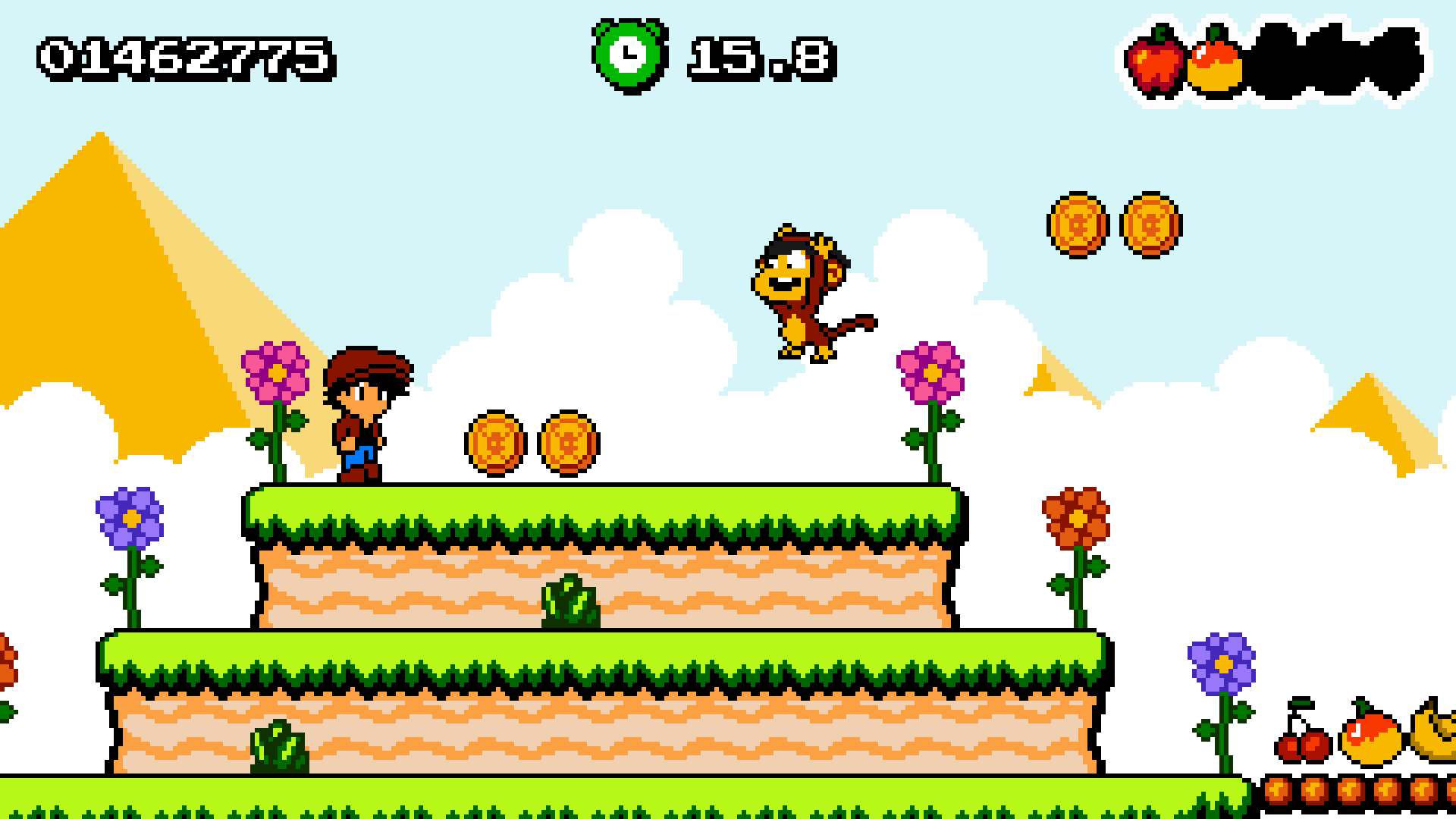 There's a sand world, an ice world, all of the usual locales for the duo to race through. When controlling Miles, you can move him with the left stick, and you'll treat each level like a standard platformer.

Finding Kilo in a level changes the pace slightly. Miles grabs the leash attached to the dog's collar, and Kilo runs full pelt towards the end of the level. Here, you'll have to time jumps and rolls to soar over gaps, break through crumbling walls, or kill enemies.

Miles can do these things usually, but you'll have more control over him. The whole game flows wonderfully as jumps and dashes link together seamlessly. Sure, you'll fall in pits as you learn the pacing of jumps and you'll die to enemies that move erratically.

Off for a dog

Thankfully, Miles can throw fruit at the enemies though. Limited ammo means collecting more fruit is essential and some levels end up feeling tactical as you reach a group of enemies with no fruit left and have to rethink the attacks you've used up to that point.

This does mean there can be a lot of repetition - finding new ways to kill enemies by jumping on them instead or just from traps laid in later levels which require precision timing.

Oftentimes progression will come down to memorising movement, noting when to jump, when to throw fruit and line up rolling underneath spikes. Miles and Kilo never feels unfair, which is refreshing. Any failure always comes back to trying something different. 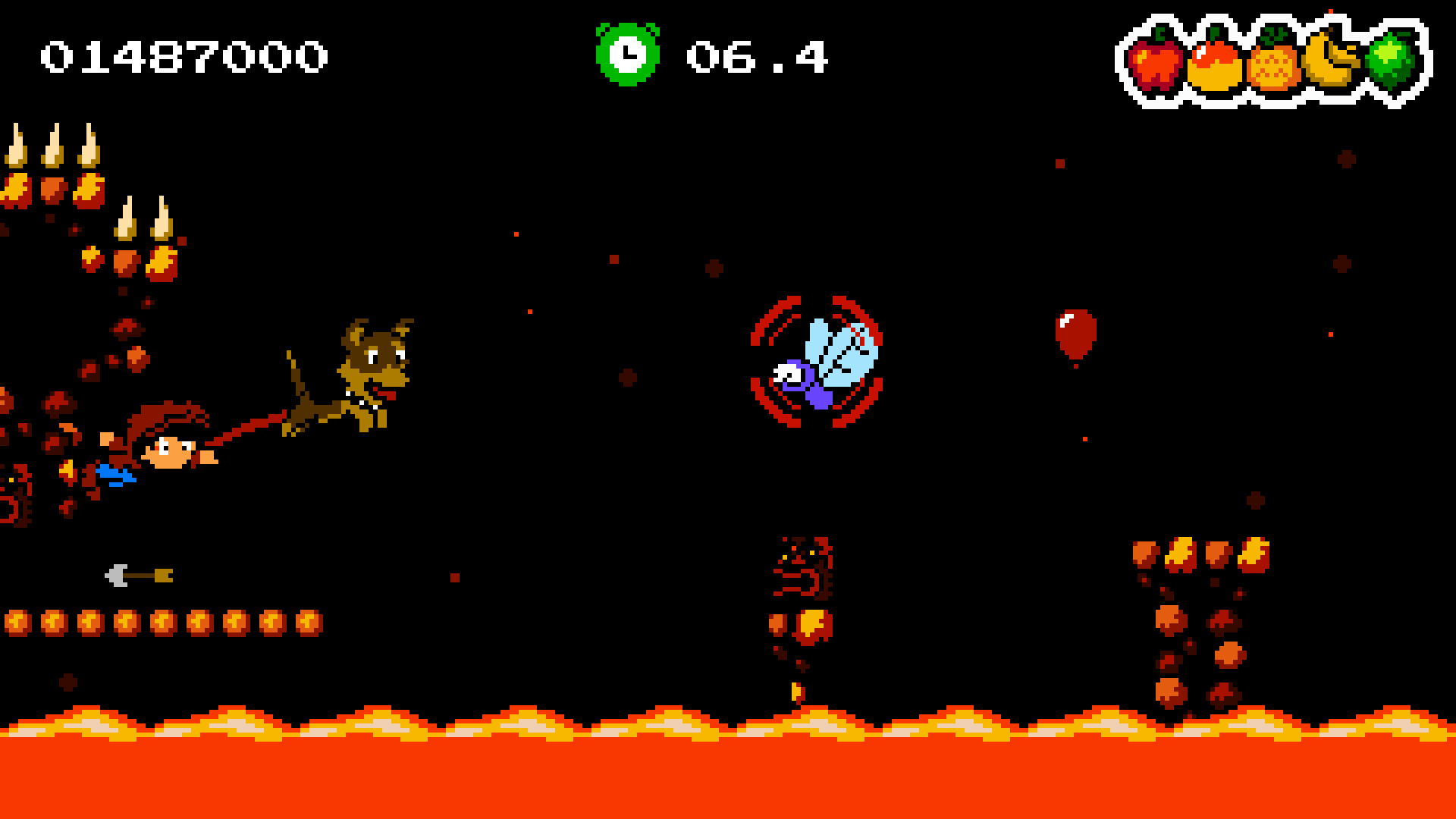 So much of the game could have been rinse and repeat action, but instead there's a freshness in each world that comes from different methods of getting from A to B. Surf boards see you skipping over water, zip-lines propel you at speed and mine carts require acrobatics to reach the end of a level.

On the surface, this looks like a cookie cutter pixel graphic platformer, but it evokes a sense of old school fun, without the complication of awkward mechanics. And everything, from the characters, to the skills feels fresh.

While the difficulty at times can skyrocket, especially on certain bosses, many levels are easy once you get the rhythm down. So, don't expect to spend hours and hours with this one.

The time you spend with Miles and Kilo is bags of fun though, with the characters bouncing humorous dialogue around that often breaks the fourth wall. Yes, it's a familiar blanket that punches, but it's one that impresses with texture, too.

This Switch version of the auto-running platformer is just as good as it's mobile forebear
By Dan Lipscombe
| Jul 27, 2018 |
Switch
Find out more about Miles & Kilo