Digital pet and management-style games are pretty classic. Whether you're caring for a Tamagotchi or trying to keep your Sims happy, eventually you end up wanting to kill them.

My Child Lebensborn falls into the same category, but you do try from the bottom of your heart to keep your child happy, healthy, and protected from the world as best as you can.

While it's an entertaining and moreish game, it's also an important one that conveys its message well.

Set in 1951, you play as the unnamed, faceless carer of a seven-year-old child and have to balance your time and resources smartly to keep them as happy as possible.

My adopted daughter, Karin, was a pain in the butt at times, but I did grow weirdly attached to her.

What starts off positive and light-hearted soon becomes darker as you learn about what 'Lebensborn' means. Your adopted child is actually German-born, and that isn't a popular status in post-war Norway. 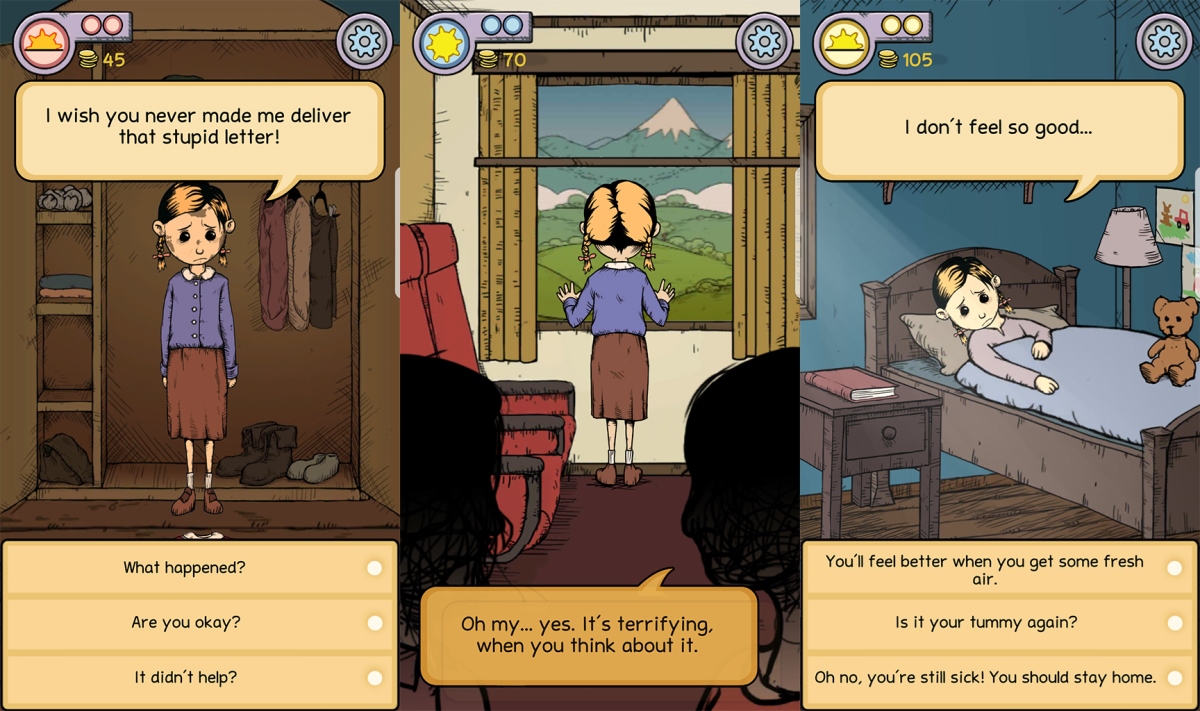 Throughout the game, your child is picked on, outcast, and bullied by kids and adults alike, and you have to decide how you want to deal with it. The choices you make affect how your child deals with things and how they see you as a person.

If you're too tough on them they might act out in school. If you're too soft you might set them up for disappointment that could've been avoided by being honest.

The controls are one-touch and ideal for mobile gameplay and the UI is easy to navigate. Throughout the day you've got to feed your kid, wash them, dress them, and maybe play ball, colour with them, or read a story if you can squeeze it in.

You also have to go to work, deal with letters, buy and make food, and occasionally work overtime, each action of which costs time. The tricky part is knowing when to give your child extra attention and when to get more pressing things done.

My Child Lebensborn isn't fun in a traditional sense. It's a game that needs patience and players willing to put the time in, so it won't be for everyone.

The text generates a bit slow and it can feel like it drags at times. While its UI is clean and effective, the buttons can get stuck or bug-out, especially towards the end of the game. It doesn't spoil the experience, but it is noticeable.

Though it's a small detail, the music doesn't do much for it either. It's not distracting, but it's not memorable in the least.

It's not a long game, running at around four or five hours to get through the story, and I had a bit of a love/hate relationship with it. 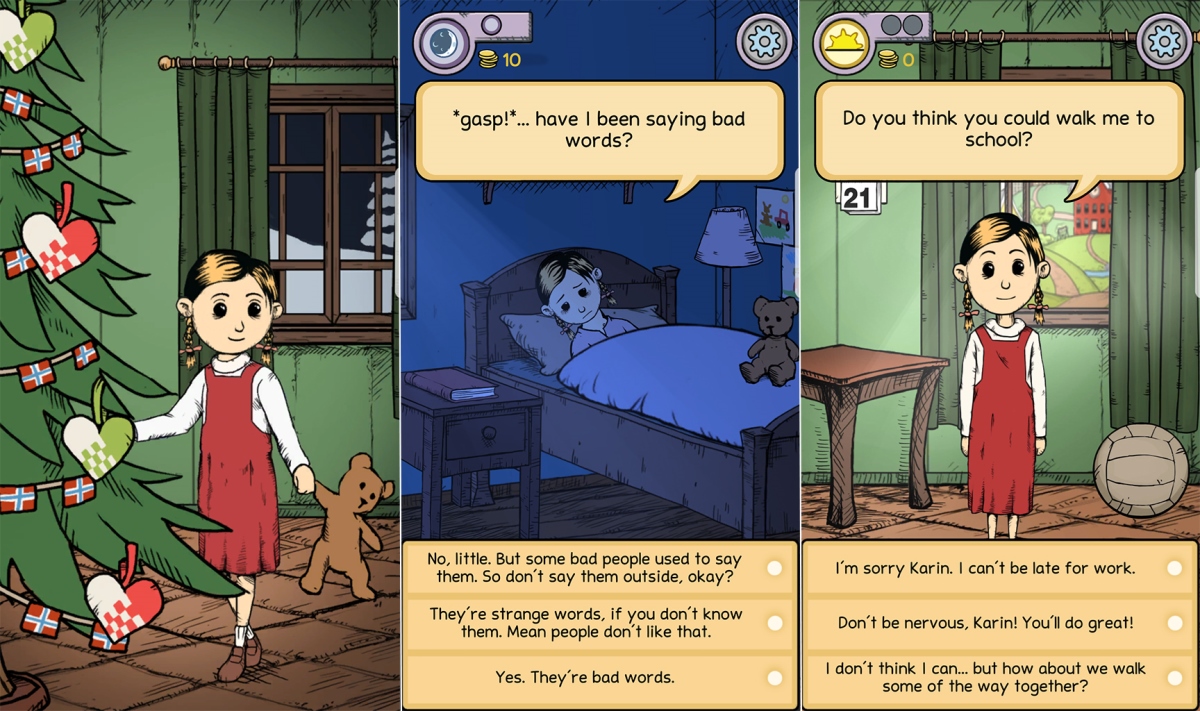 While I was always drawn into it and wanted to continue to the next day, I grew more and more upset that such hurt and harm was coming to my digi-child. I was furious at the time – partly at the bullies and partly at the game for making me feel this way.

Having sat and digested the whole thing, I guess that's how you're supposed to feel. The whole game has been built on the stories of real-life victims, and a percentage of its profits are being donated accordingly, so of course it's not going to be a jolly ol' ride.

But, I'm glad I played it and that players are given the opportunity to learn about something that isn't taught in history class. At least, not from my experience.

It does have its lighter moments and for the price of a coffee it's well worth a go, even if it makes you feel like crap sometimes.

My Child Lebensborn is a necessary and harrowing experience which portreys the horrors that affected German-born children with grace
By Emily Sowden
| May 30, 2018 |
Android + iOS
Find out more about My Child Lebensborn
SEE COMMENTS

PGConnects: My Child Lebensborn is a deep, thoughtful experience