Card Brawl: Duel of Champions is a turn-based RPG/CCG looking to take on Hearthstone

Throw up your duking decks

We're spoilt for choice with CCGs on mobile, but if you've room for another on your device, then Card Brawl: Duel of Champions definitely looks like one you should be picking up.

Set in the Shop Heroes universe, Card Brawl features all the things you'd expect in a CCG - cards, traps, monsters, and turn-based combat - but mixes them with tactical RPG elements to make things more interesting.

You'll place cards in one of five lanes, taking into account the best positions for your units and trying to be two steps ahead of your opponent, with the ultimate goal of wiping out your opponent's health before they do the same to you.

To make things run a bit faster, units will move automatically each turn along the lanes, so you just need to focus on the larger tactics. On top of that, if your card defeats an enemy card, any additional damage is immediately dealt to your opponent, so there's no opportunity for turtling. 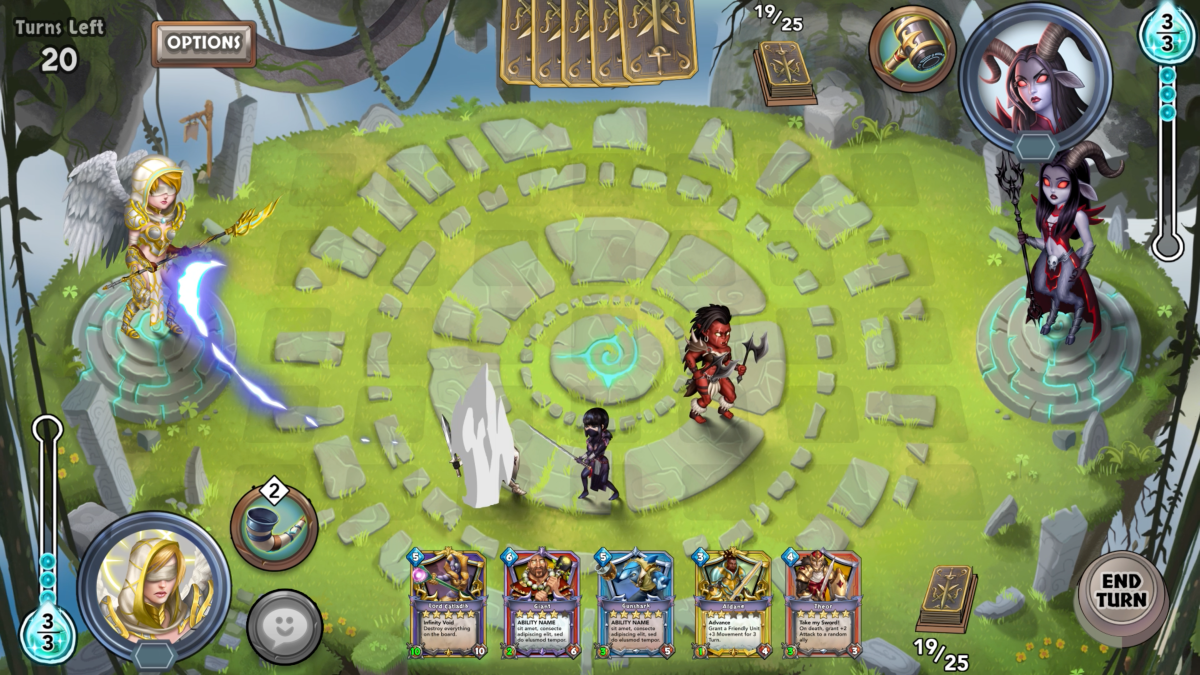 The game also has big plans for huge Leagues, Guilds, and an ever-evolving metagame so you're always interested in coming back for more.

Death Coming has just landed on Android so it's time to reap puny, human souls