On iOS and Android

Disney Heroes: Battle Mode is something I never asked for, but I'm glad we're getting. At long last you'll be able to create a butt-kicking team filled with some of Disney and Pixar's greatest heroes when the game hits out on mobile later this year. 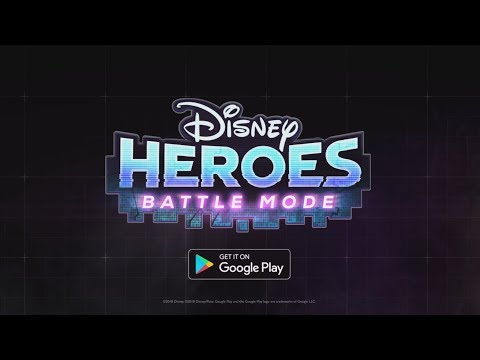 This RPG features some bizarre 5-v-5 mashups with some of your favourite characters. At the moment you've got 30+ to choose from, straight out of fan-favourite films like The Incredibles, Wreck-It Ralph, Pirates of the Caribbean, Zootopia, and more.

As for the general basis of the game, you've got to pit your desired team against the deadly foes and stop an evil virus in a corrupted, digital world. Of course, since this is an RPG, you've got a host of skills, gear, and levels to play with as enemies gradually get harder and harder.

"Disney and Pixar have been great collaborators that have shared our vision for creating a fun, multiplayer experience that can be enjoyed by all gamers" said Justin Beck, CEO, PerBlue.

The game'll be free to play, and you can sign up for its Android pre-registration right now. Not only will doing so let you know when the game is live, you'll also get a free hero of your choice on launch (including Mr. Incredible, Fix-It Felix Jr., Nick Wilde, Jessie, and Sulley with Boo).