Pokeballs at the ready, everyone

Pokémon’s dedicating 2018 to all things Legendary Pokémon, and that means players are getting the rare chance to catch a number of these elusive beasts in Pokémon GO. Now, after an exciting start to the spring season, Latios and Latias are making a short stay in Niantic’s AR hit. 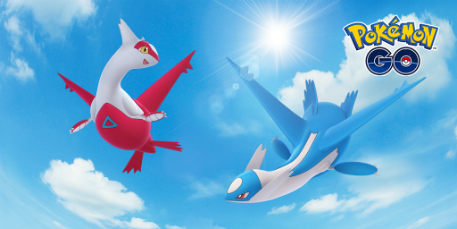 These two legendary Dragon and Psychic-type Pokémon, which originally appeared in Pokémon Ruby and Sapphire, will be popping up in Raid Battles, but there is a bit of a catch (of course). Latias has settled in Europe and Asia for now, while Latios will appear in raid battles in North and South America, and Africa. Once May 8 rolls around, the two Pokémon will swap locations until June 5, when they’ll both move on to other adventures.

These two Pokémon are incredibly powerful, but there are some ways to bring them down and add them to your collection. Their Dragon and Psychic typings make them particularly weak to Ice and Dark type moves. If you’re looking to catch one, Pokémon like Tyranitar could be helpful.

Once June 5 hits, Latios and Latias will no longer be available, so get hunting!

You can now play Fortnite without an invite on iOS