Pop in and pop out pirates

Sea of Thieves launched on Xbox One and PC this week, providing a much needed dose of pirate-themed online madness to the gaming scene.

Rare's new game can perhaps best be described as a casual first person MMORPG - only everyone's playing the role of a pirate. It looks like great fun.

It's a shame there's no mobile version (though stranger things have happened of late), but it is possible to capture some of that swashbuckling sensation on your phone.

Here, then, are five pirate-themed mobile games with which to board over the Sea of Thieves-shaped hole in the hull of your life. Yargh. 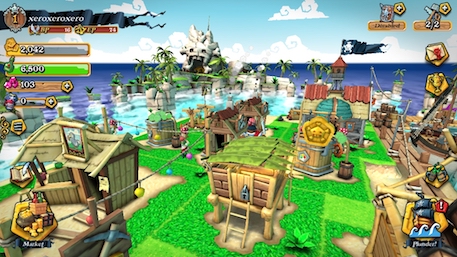 So you want to role play as a pirate in a bright, cartoony world? You could do a lot worse than start with Plunder Pirates, Midoki's beautifully presented swashbuckler.

While its strategy management gameplay can't match Sea of Thieves for instant kicks (it's essentially Clash of Clans with an eye patch), it remains a solidly constructed experience. 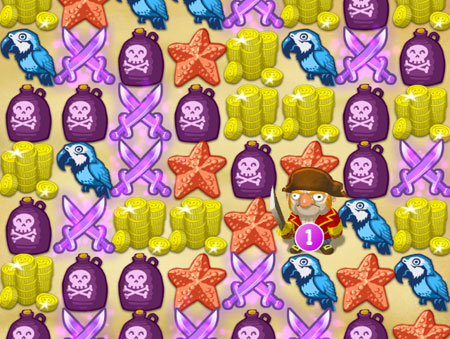 Let's face it, a match-three RPG probably isn't what you had in mind for a mobile Sea of Thieves substitute. But Scurvy Scallywags nails a very specific part of the Rare game's charm - a humorous take on pirate life.

Made by Ron 'Monkey Island' Gilbert himself, this is a match three puzzler that works in spectacular sea shanties, vast ships, terrible (read:hilarious) nautical jokes, and a brilliantly addictive core. 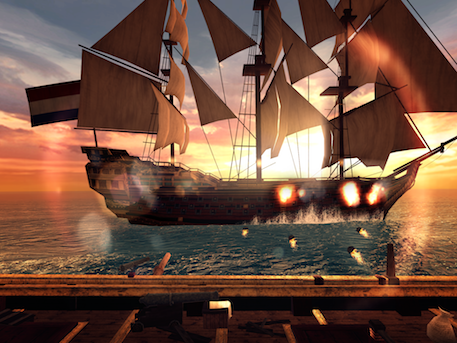 No, it's not an open world pirate-themed stab-'em-up - though that would have been a rather ace thing to have on mobile. What Assassin's Creed Pirates does do is put you in direct control of a pirate ship.

Steering around these lush waters, you must engage in entertaining ship-to-ship combat and engage in simple loot-grabbing side missions. Sound familiar? 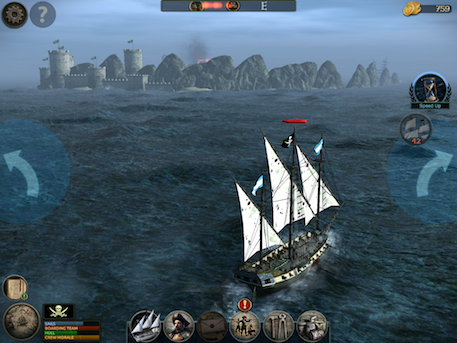 Here's a seafaring action RPG that received a bit of a mixed reaction upon release. Our Harry wasn't too enamoured with its vast swathes of nothing to do, but we know that others quite dug it.

Herocraft's game is a very slow, slightly stiff experience that takes a fair amount of patience to get into. But the whole open world pirate simulator angle might be the most directly analogous to Sea of Thieves on this list. 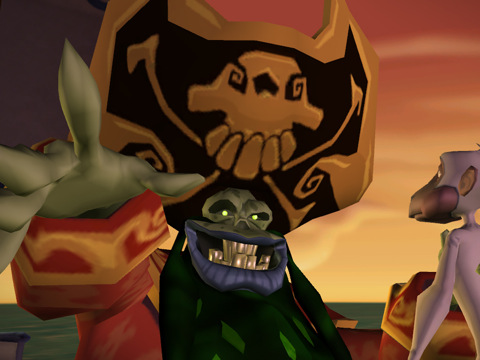 It's a real shame Monkey Island 2 Special Edition: LeChuck's Revenge isn't still on the App Store, because quite frankly it's a better game than Monkey Island Tales (which is still there).

Still, Telltales's reimagining does a good job of emulating LucasArts's light-hearted approach to pirate life. Rare must surely have referred to the same universe when it was formulating the colourful world of Sea of Thieves.