As I'm sure you're aware already, Shadowgun Legends releases worldwide tomorrow, but Android users are in for a treat. The game's already popping up in tons of areas, so you can grab it from Google Play and get stuck in right now. 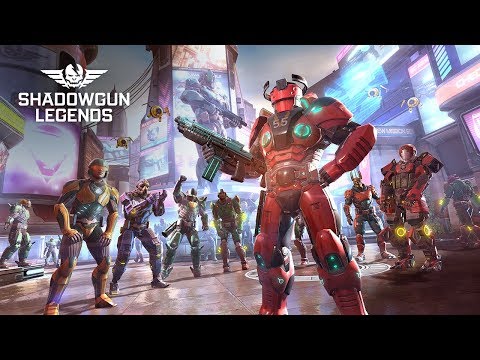 Subscribe to Pocket Gamer on
Shadowgun Legends is a super slick first-person shooter with AAA graphics to brag about. Whether you want to play solo, cooperative or competitive multiplayer, there's a lot to love hidden inside this neat little package. Both chocked full of RPG elements (including hundreds of weapon and gear combinations) and rocking a huge social aspect, hopefully the game's many delays haven't put players off.

If you're an Android user and had previously taken part in the beta, MADFINGER's head of marketing, Jakub Vamberský, posted a set of simple instructions on the game's official Facebook page earlier--

From the looks of things, they might be a few server issues going on, but personally I got on and played just fine. If it's not working off the bat, just come back to it later. We'll let you know once iOS goes live.

The 5 best tips and tricks for Lost in the Dungeon

Pokemon GO's bringing back its Eggstravaganza bigger and better than ever